Ever feel like you know a bunch of pointless knowledge? In Shoot for the Stars, you can benefit from knowing lots of random things! In each round, you will actually be trying to solve the answer to a question, without going over the amount. With a large number of cards in the game, you will likely learn something new!

Shoot for the Stars is a pretty simple game, though the first time you play the game you will be building a 3D space shape for the middle of the table. This ship then can be placed into the box fully made, which is a really big plus! This ship sits in the middle of a circular board, which showcases a bunch of planets. 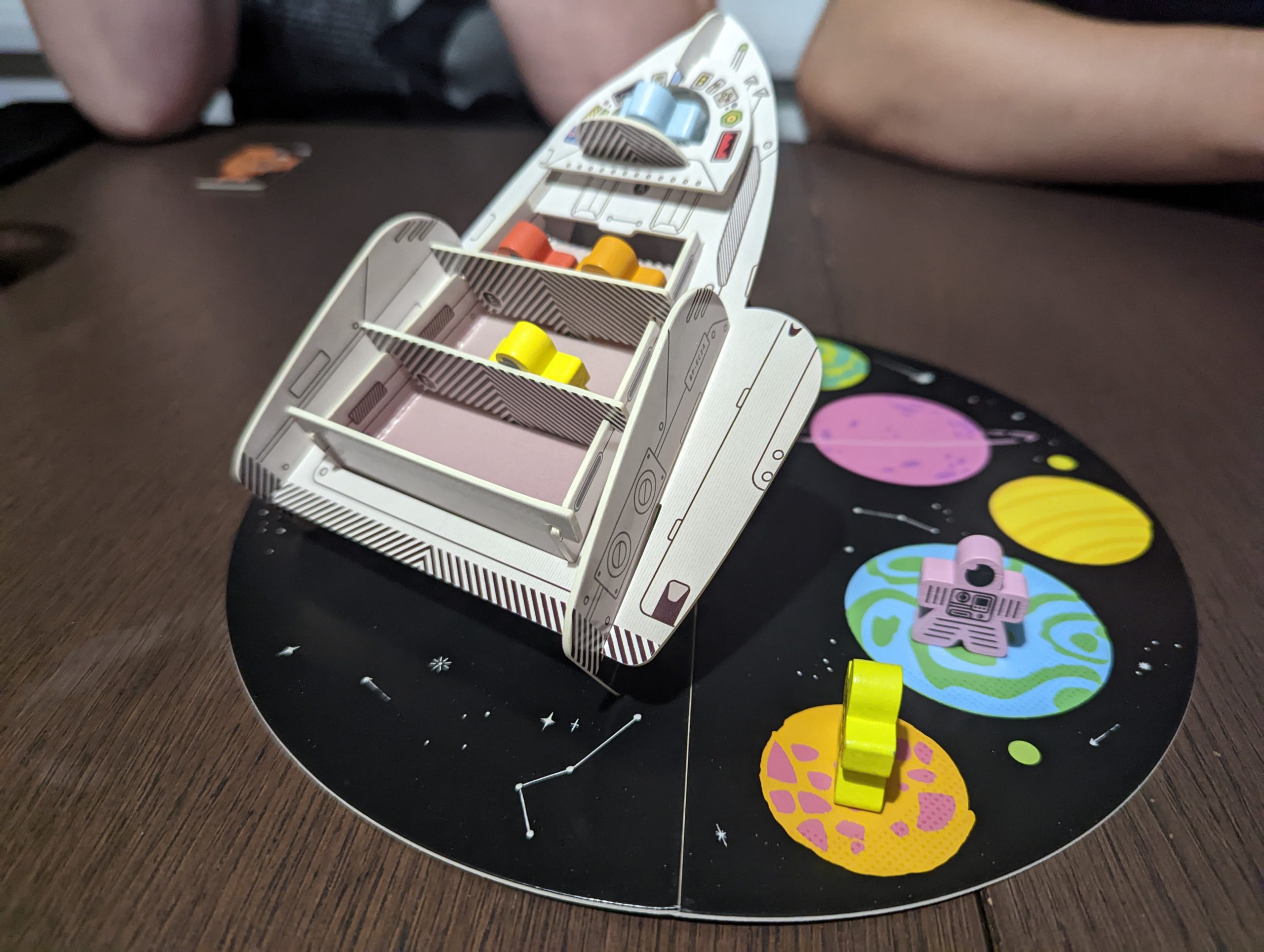 Whoever goes first will read a card. This little fact will have a number-related answer. This person will then need to guess the number and put themselves in the captain’s seat of the rocket. The next player will need to either say if they agree with the number, placing them on the ship, if they think it’s a higher number, taking over the captain’s chair and announcing that number or if they think it’s a lower number, jumping off ship and onto the board.

This continues around until everyone is happy with their placement. Then, the answer to the card is revealed and if you are in the right place, you will get points. There is also a Shoot for the Stars option that will allow you to guess the exact number on the card, which is really unlikely, but you’d get double points if you got it correct! 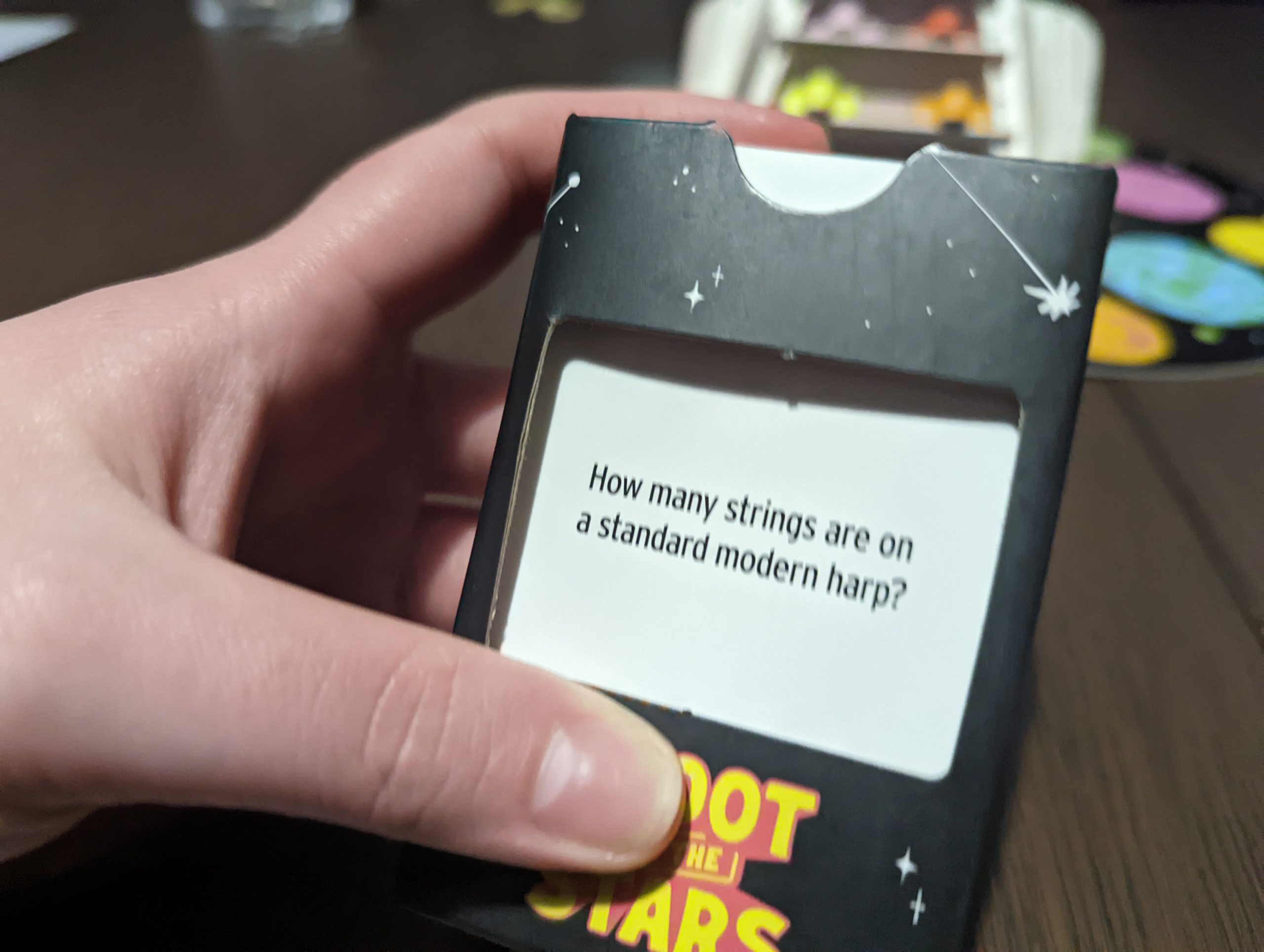 We had a lot of fun guessing the answers to questions and trying to see if our friends had it right or if we should abandon ship and sit on a planet until the card is revealed. Once you abandon ship, there isn’t a way to get back on for that round, so it feels like your decisions are a bit more final. With that said, there wasn’t a lot of time between the rounds either, as people seemed to really make quick decisions on these things; I am guessing because it only had to do with numbers and not other types of knowledge. 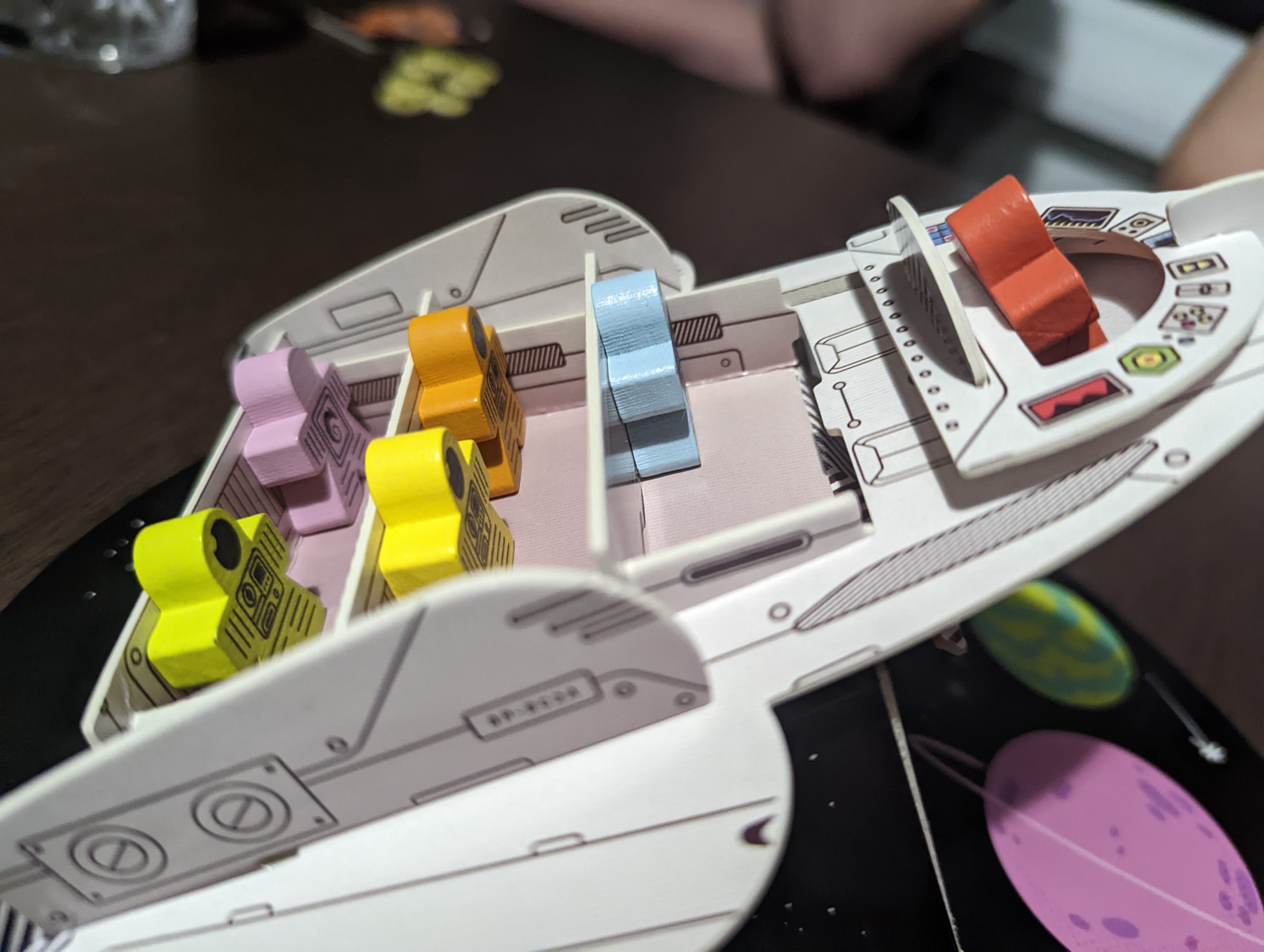 Shoot for the Stars is a really great trivia, party game for all ages. It supports eight players and can be played quickly or with a bunch of rounds, depending on what you want to do. There is a lot of variety in the types of quests as well, and they sit in a box that allows you to read the question without seeing the answer, which feels really clever.

You can find Shoot for the Stars on Amazon.

Night at the Movies Puzzle is more than an average jigsaw