Search for your lost love in Gothic pixel-art adventure, Lamentum

For Lamentum’s main protagonist, Victor Hartwell, life has not worked out as well as it should have. A young aristocrat in 19th Century New England, Victor is delighted to win the hand of his beloved Alissa — but before long a terrible illness begins to gnaw at her. Desperate to find a cure, Victor travels to the mysterious Grau Hill Mansion in search of advice from an experimental stranger.

Lamentum is survival horror in the most classic sense, drawing clear inspiration from games like Resident Evil, Silent Hill and Amnesia, whilst even going so far as to replicate certain sequences from those games in its own unique way. Pressure pad trap on a powerful weapon that you’ll find early in the game? Check. What about a series of doors that are opened by keys with a specific symbol on them, or a limited supply of ink being your route to saving the game? Check on both counts. 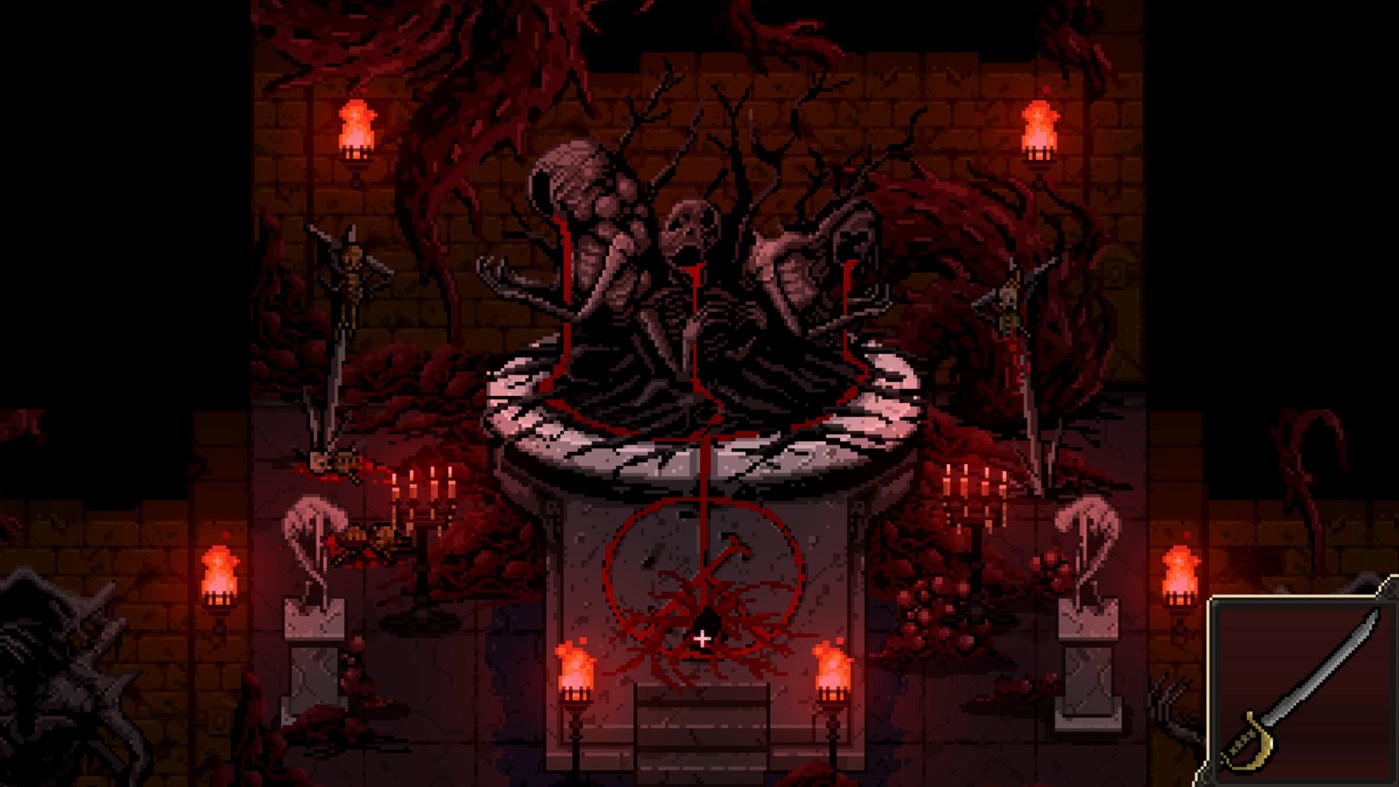 I would very likely take umbrage with some of these copycat aspects, were it not for the fact that Lamentum’s pixel-art presentation makes it feel very, very different. Played from a top down perspective, Lamentum has an almost Binding-of-Isaac style look to it, even though it feels like a slower, more cerebral affair. The creatures — often heaving blobs of flesh with eyes — look like something Isaac would face, but Victor can’t fight them in the same way.

Instead, Lamentum often asks players whether now is the time to fight at all, or whether perhaps running away to fight another day might not be a better move. Victor has a sprint ability, but if he tries to run near enemies too often, he’ll tire and need to stop. Direct combat, on the other hand, will usually leave Victor dead after just a few hits.Guns are hit and miss with scarce ammo, whilst hand-to-hand weapons will often bring you much too close for comfort. 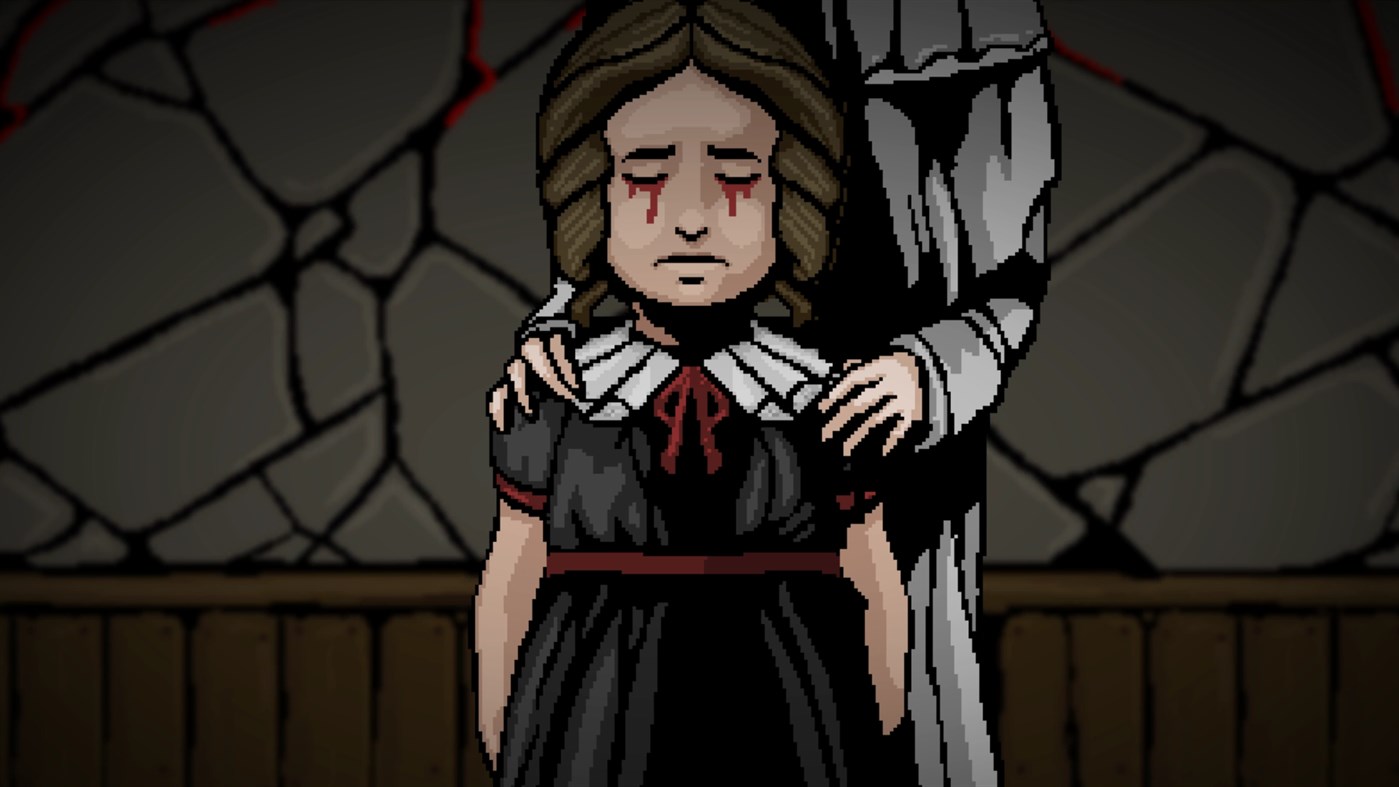 However you choose to navigate the twisting halls, locked doors and various puzzles of Grau Hill, you’ll be driven forwards at all times by the story, which begins with the blossoming of Victor and Alissa’s love, and is taken forwards by clever use of NPC’s and written notes. Sometimes, it’s clear an NPC is dead or dying, whilst at other times you might find people who help or hinder Victor.

There’s a sense throughout Lamentum that something interesting is going to happen at the end, and whilst it perhaps failed slightly to live up to the hype that I had assigned to it, I was satisfied with the end result. This is a clever, unusual and enjoyable survival horror experience that truly breaks the mould — even though it uses two very overdone aspects of video gaming (pixel-art and survival horror). 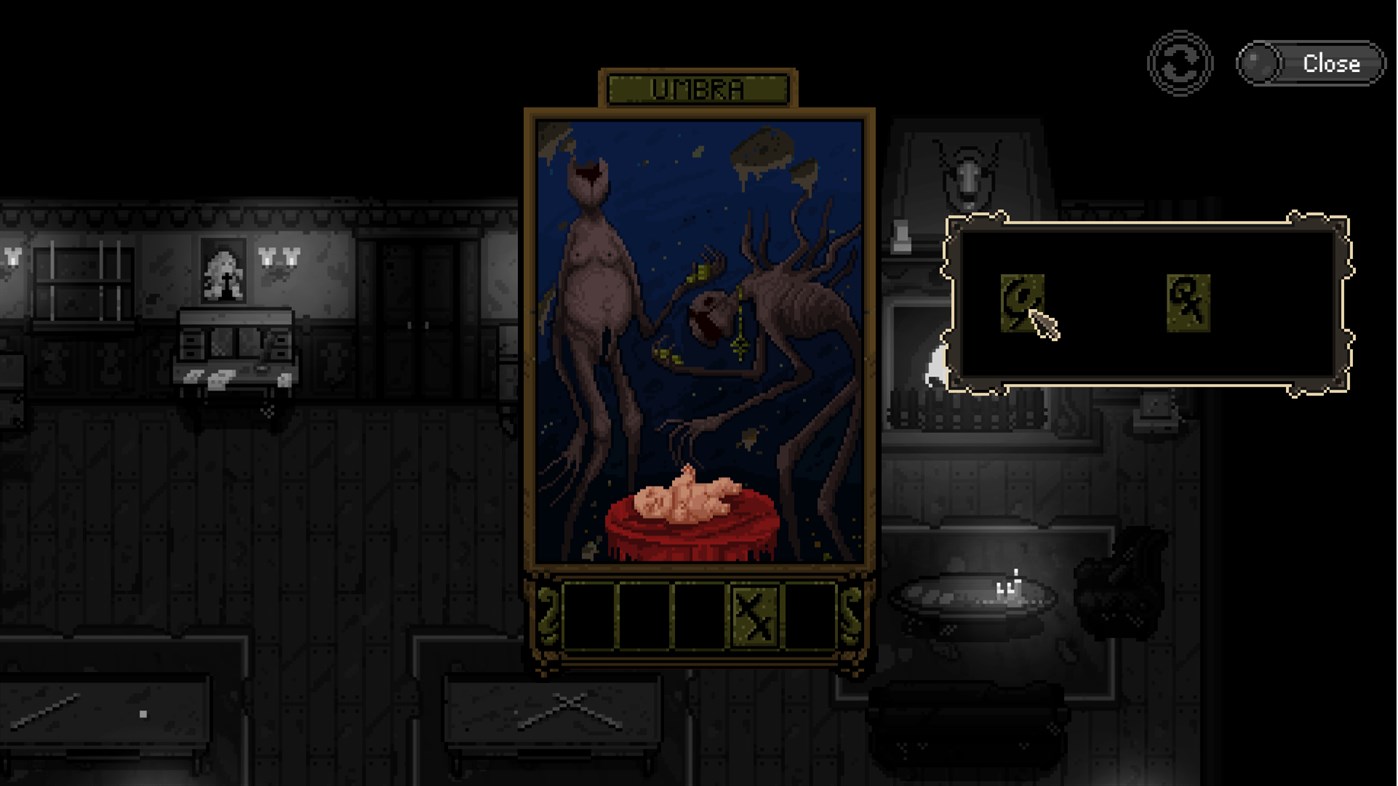 Lamentum isn’t perfect, but by getting the player invested in the story early and making the gameplay challenging, rewarding and varied, it does enough to convince me that it is worth its price point. An unusual indie gem, and well worth checking out.

Lamentum can be found on Xbox One, PS4 and PC.