Recently, I have been seriously pondering a career change. While nothing immediately came to mind, one day it hit me like a ton of power-up markers: I decided that I wanted to be a smuggler. What is the first thing I needed in order to accomplish this? 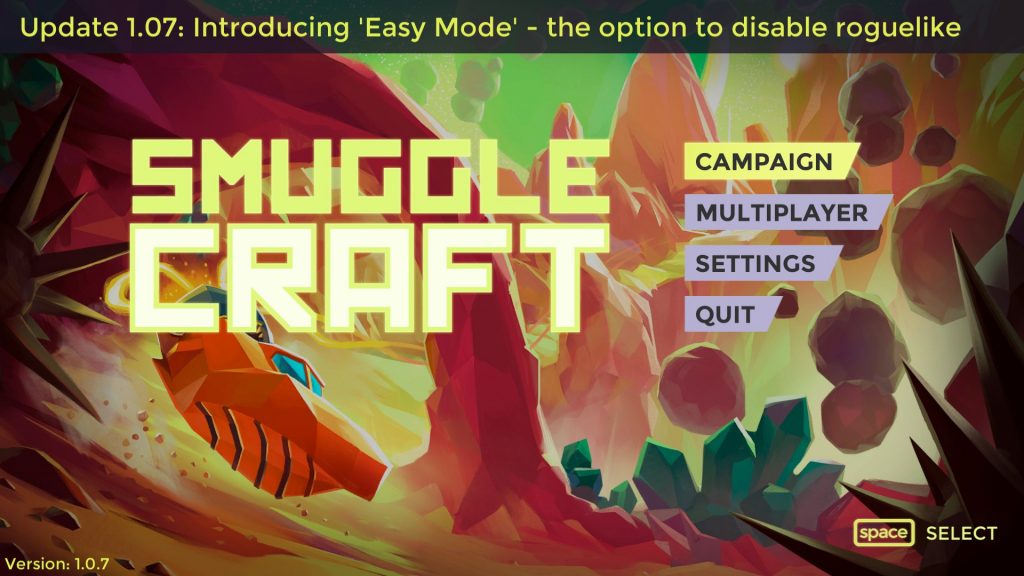 For training purposes, I simply have to look to the game Smugglecraft. From Happy Badger Studio, Smugglecraft is a racing, adventure, rogue-like (more on this later) which sent me off on various missions to sometimes race, but rather more frequently to smuggle contraband, ( or people), to do some towing, headhunting, and even running other illegal goods from Point A to B. It is set on the vibrantly colored, polygon-based, hilly, twisty, turning, bumpy, and most importantly to me, randomly generated planet of Dirahl. It is filled with boulders, spiny metal traps, mines, weather changes, and a wide variety of people that do not want me to succeed.

Sure, I started off with a hovercraft, but only because Garmut Exto had loaned me the money in the first place. Just like borrowing from a mafia Don, I expected exorbitant interest on the money owed.

Here’s the first (strategy) rub though: after only a few races, I can start to buy extra parts that enhance and upgrade my hovercraft. However, Garmut wants his money every day, so part of the balance comes in trying to figure out how much to spend on upgrades versus being able to make his payment tomorrow. (He gets quite unhappy when you do not, or cannot, make the payment. Then, the mafia interest kicks in even harder, along with his henchmen out on my tracks trying to kill me.) The other major choices are the races themselves: do I take a higher paying, strictly cash run or take a lower paying one that comes with ‘free’ parts—provided you make it to the end of any chosen route.

Each mission choice also has a “legality” to it: Legal; Questionable; Illegal; and their variants—in addition to the difficulty which ranges from “Easy” incrementally all the way to “Death Trap”.

While I am racing, I have to watch for different items to actually try to run over as well. There are power boosts, time boosts, hover repair, and even parts and schematics. Of course, these are mixed in with the multitude of objects mentioned earlier to avoid. Certainly, I cannot forget about the police vehicles ramming my poor craft, along with Garmut’s goons if I do get behind with a payment.

However, at some point they added an “Easy” mode which simply means that when I die, I go back to the race selection screen while staying within the current game. At some point, I will have to try that for an extended period of time, as I have memorized what the “Game Over” screen looks like (from tearing up the craft, getting beat to death, and my personal, repeated favorite—driving off the edge of the world). 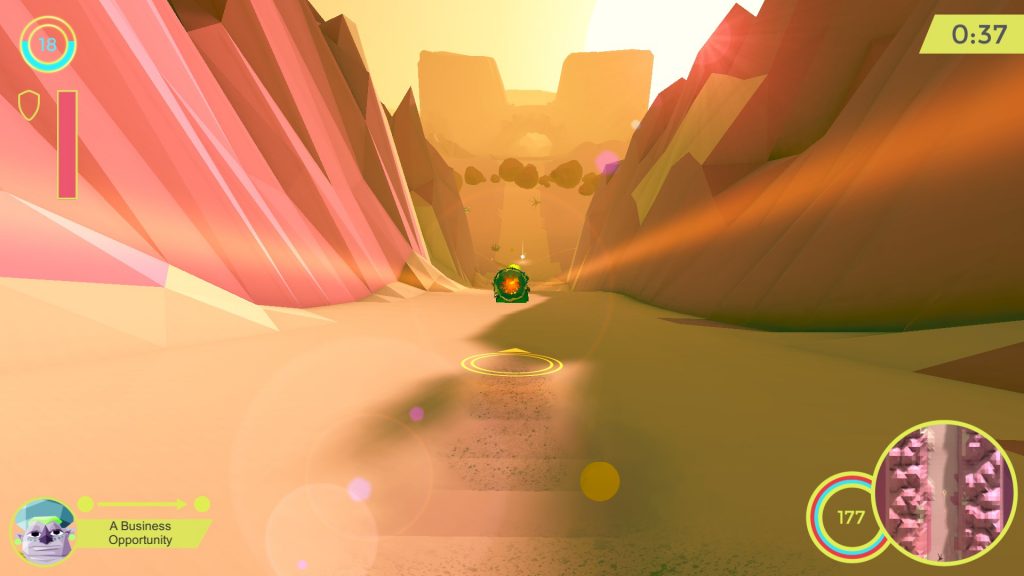 It is not that the game is too difficult per se, it is just that I will get caught up in watching the game instead of concentrating on playing it.

Smugglecraft might not be the most accessible of this new wave of racers, but its mission structure and random map generation will keep me playing for a very long time to come. 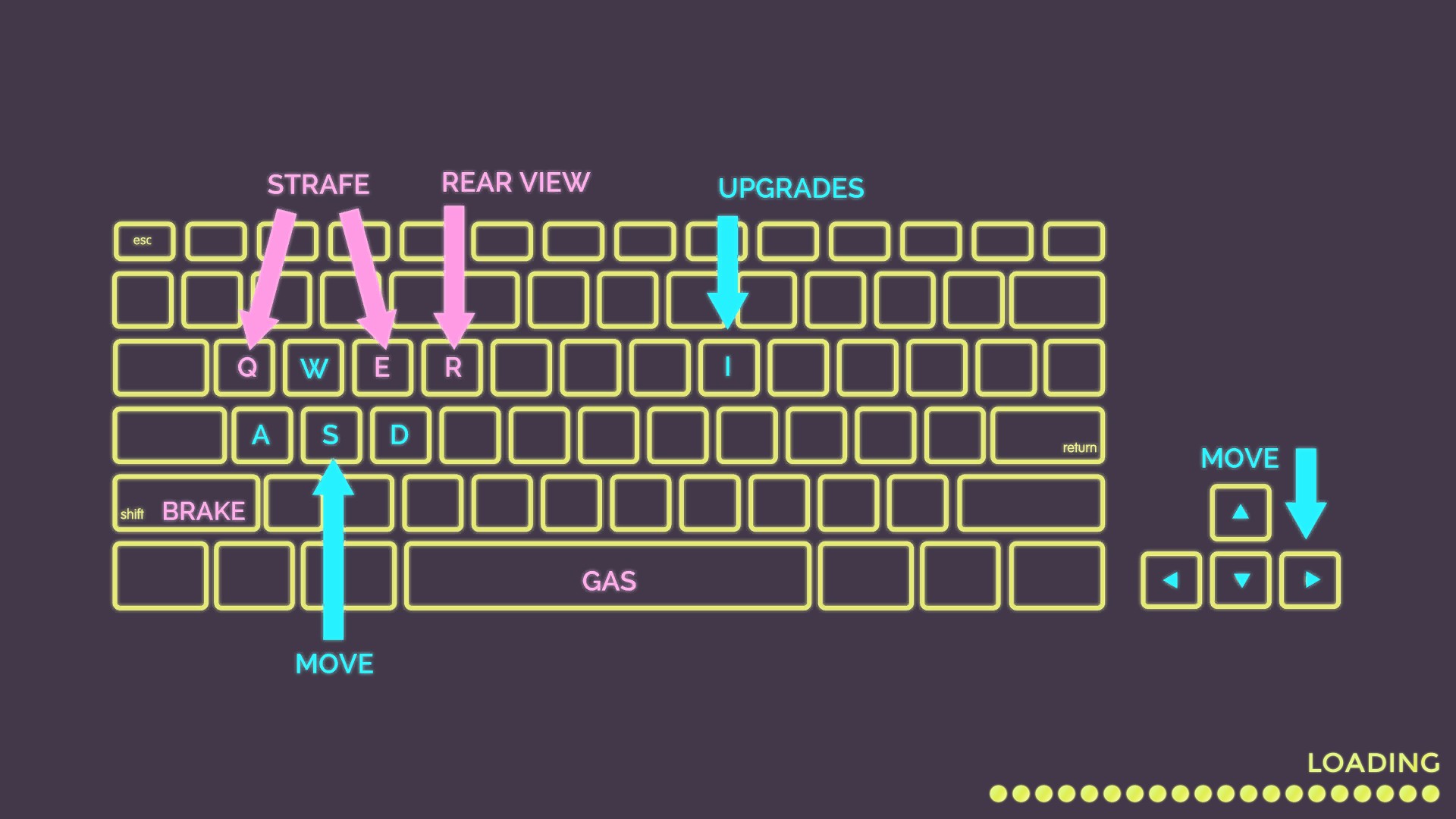 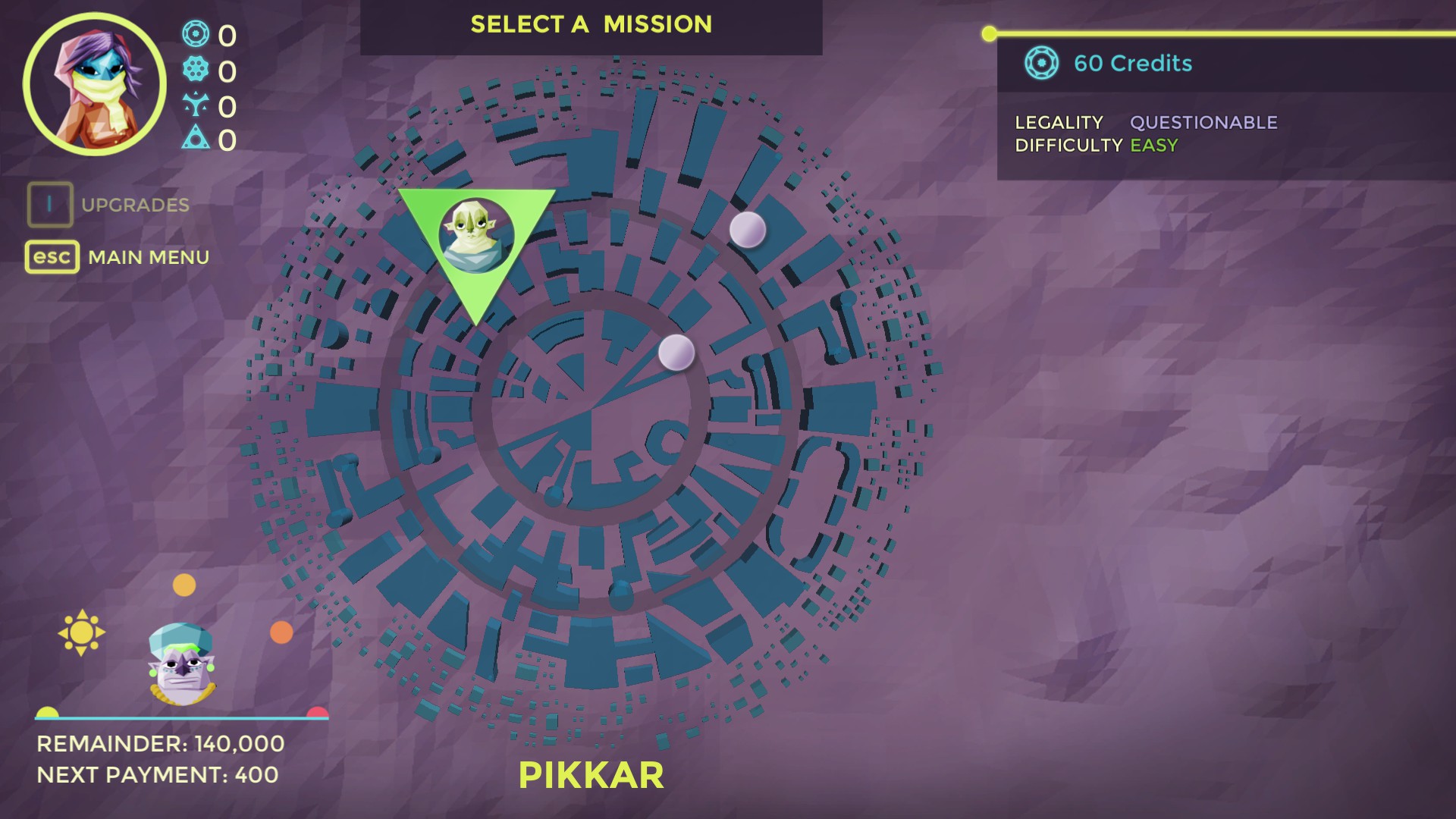 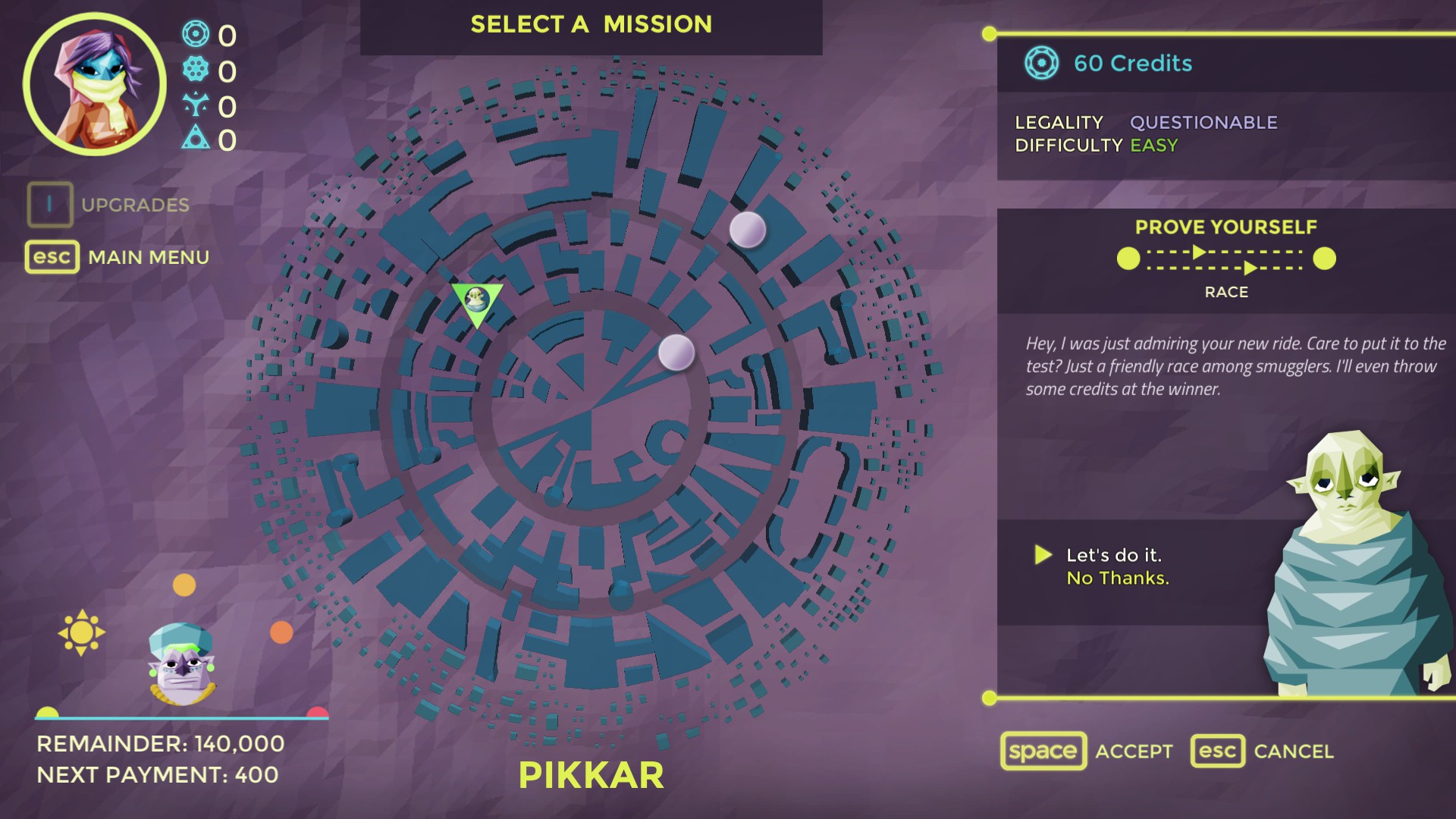 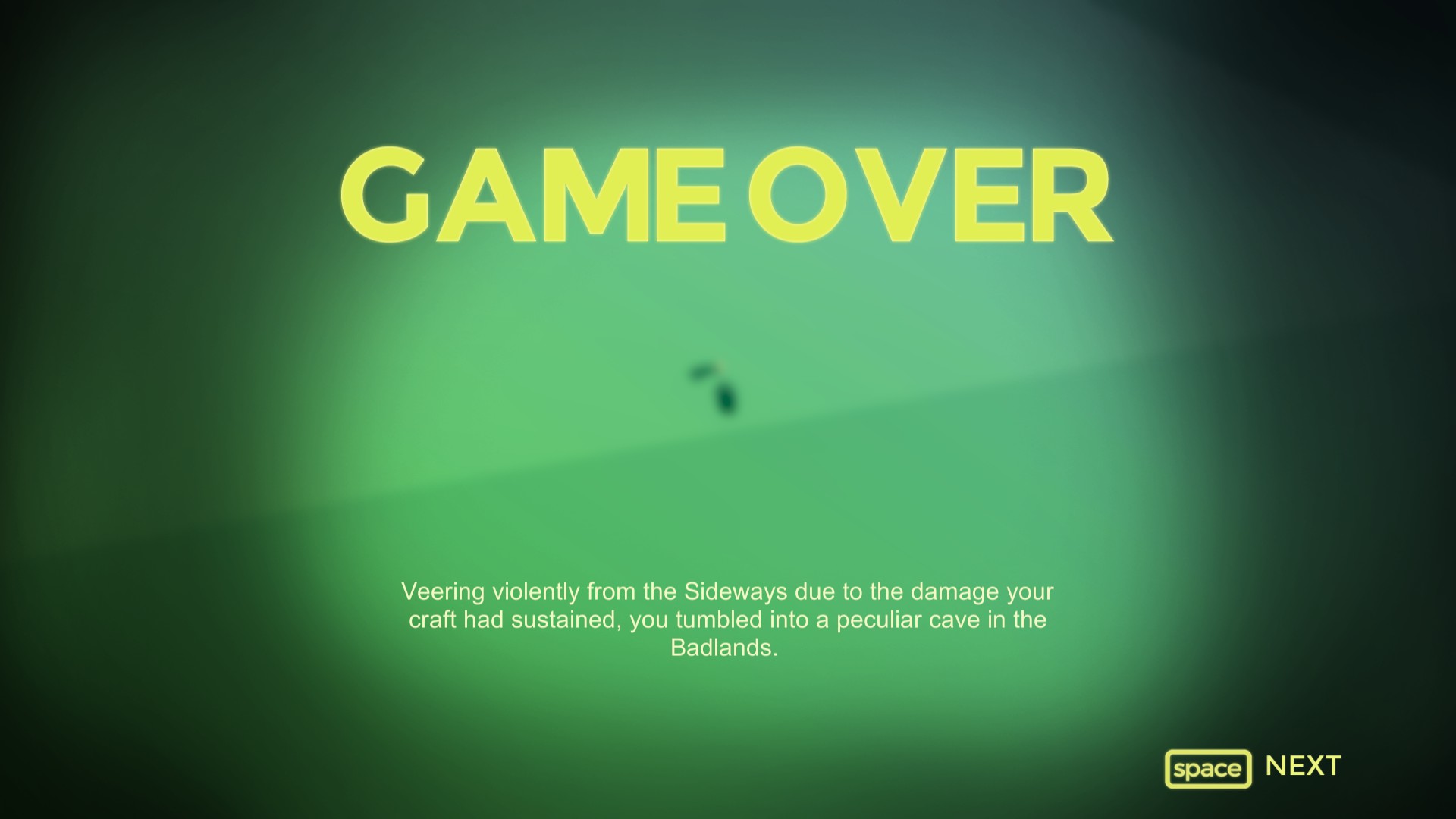 I know this screen all too well!
Prev 1 of 4 Next
Happy Badger StudioPCSmugglecraft
0
Share FacebookTwitterGoogle+ReddItStumbleUponEmail