Obduction is a pretty strange game to classify, and much like the story that it tells, it seems to defy the normal classification of space and time. If it were made by anyone else, I’d be inclined to call it a walking simulator with puzzles, but Obduction comes from Cyan Worlds, the team behind both Myst and Riven.

Since Myst was effectively the first game of its kind and is without doubt a puzzle game with an adventure wrap, I was expecting much of the same from Obduction. I wasn’t disappointed, and where many games in this genre are happy rambles through an old house or scenic canyon, Obduction is a more testing, mind bending experience. 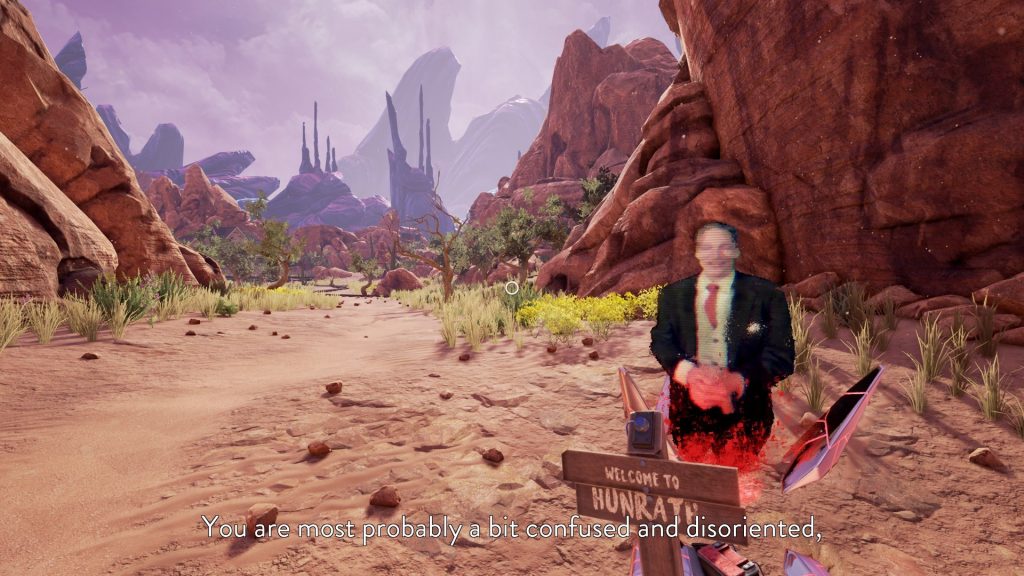 The basic premise (no spoilers here) is that people are being transported to an alien world, where some form of community has been formed. It soon becomes obvious that in fact, it is great spherical chunks of the world that are being transported, complete with whatever and whoever happens to occupy them.

Exploration of this pieced-together world is the primary feature of Obduction, and in the style of both Myst and Riven, the game is crammed full of switch, lever and button puzzles. Many of these comprise of sequence manipulation puzzles, where you will need to observe how your actions change the game world and then respond accordingly. 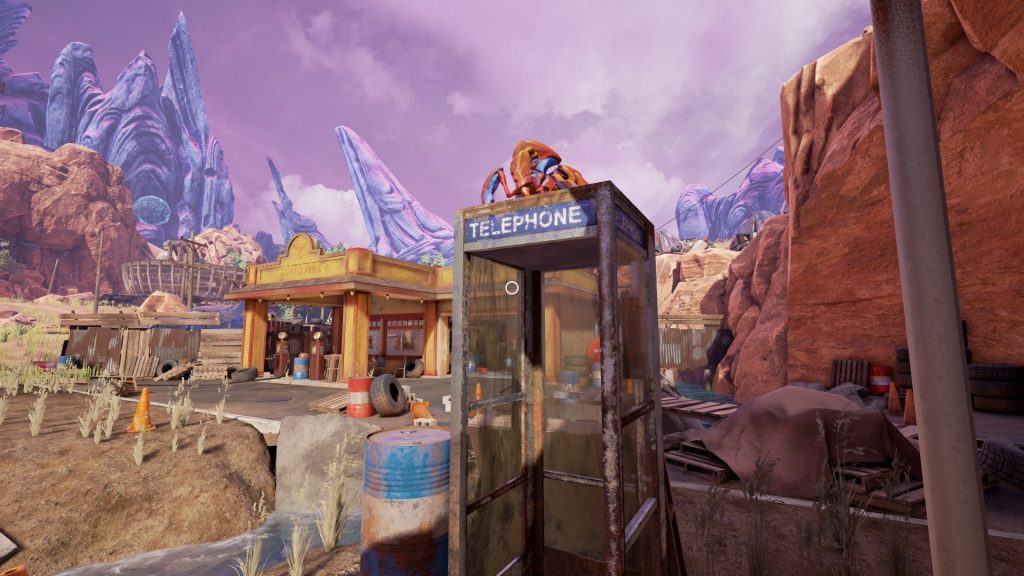 Whilst I’m not sure I was ever as stuck as I was in Myst, I did find Obduction to be considerably more challenging than most of its modern peers. Some of this is because Obduction is rather vague, and whilst there is a way to obtain hints, it can often just compound your confusion. Another minor fault is that Obduction is filled with long sequences of backtracking, and many puzzles (because they are environmental) require the kind of to’ing and fro’ing that can grind you down.

At a narrative level, Obduction is quite compelling. The idea of a sentient alien race that wants to save humanity, the fact that something seems to have gone wrong, the sheer visual storytelling that comes with Obduction’s world-transference concept all combine in a really interesting way. In game characters are fairly few and far between, but those that exist are interesting enough and the game delivers their content in a distinctly theatrical style that reminded me of Myst and Riven. 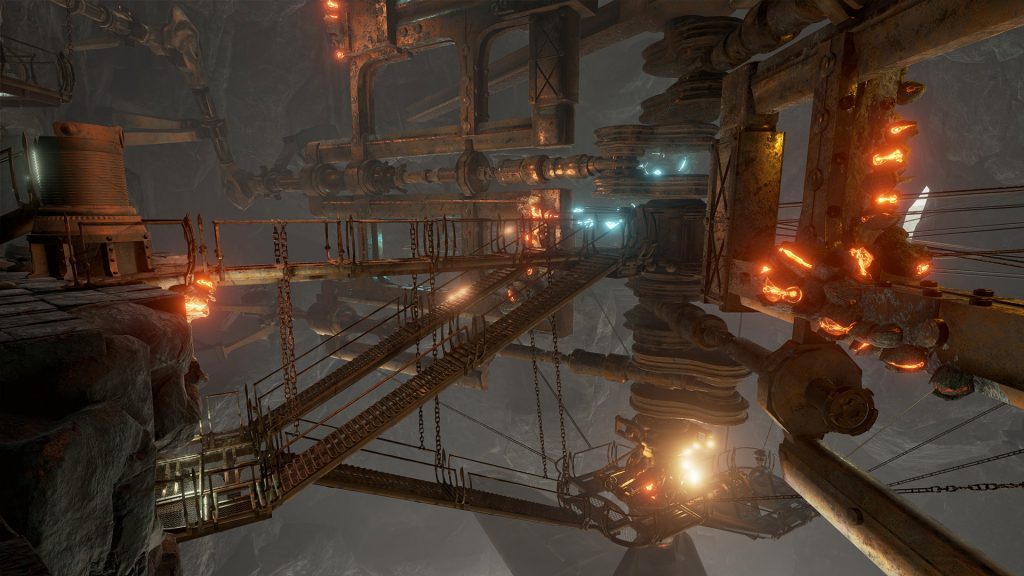 One more thing I like about Obduction is how straightforward it makes finding documents. Information about a particular person is likely to be found in their house, rather than in the corner of a canyon, inexplicably squirreled away behind a rock. This thought process actively reduces aimless wandering, which is a small mercy in a game that already demands some epic cross country hiking.

On balance, I find myself admitting that I like Obduction far more than I ever liked Myst or Riven. It is similarly slow, ponderous and at times, tough, but it is nowhere near as frustrating even at its worst. Equally, the technology that the Unreal Engine provides enables a full fledged world, which is so much more immersive than the old mix of stills and FMV that the previous games used. 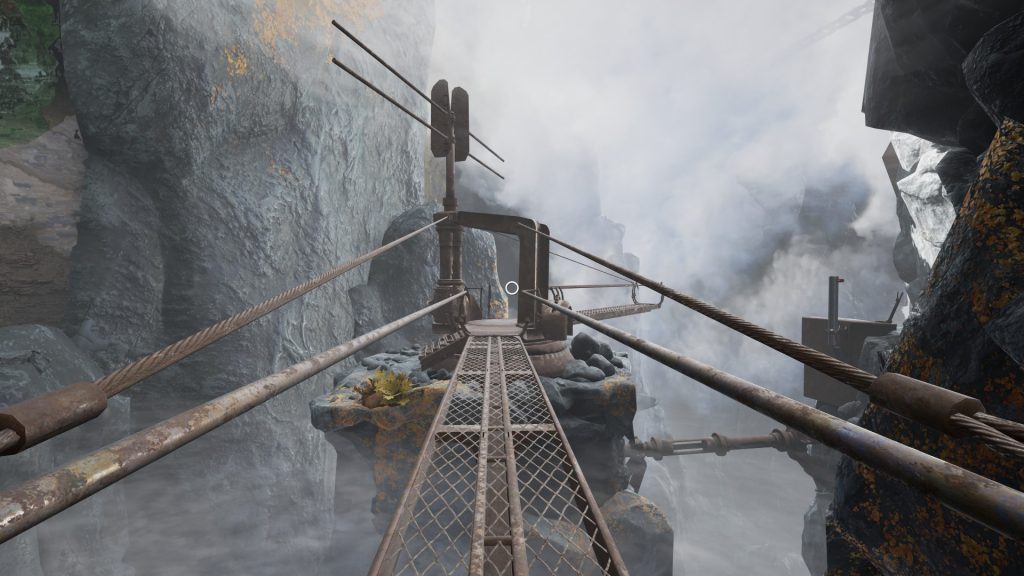 Obduction is not flawless, but among a genre of walking simulators that provide less and less challenge (and often inferior, less imaginative stories) Obduction does both well. It features an excellent concept, a fantastic game world and a lot of thoughtful puzzles that will tax an average player and occasionally stump even a very smart one. Yes, backtracking can be an issue and sometimes, normal gaming rules about what is and isn’t a hazard are ignored, but these are relatively minor issues in an otherwise very good game.