I don’t know about the rest of the world, but first time I heard about footbag/hacky sack it was brought to our house by our “Athletic” friend. I say “Athletic” cause we were all pudgy roleplayers and he was smart enough to exercise and eat healthy while the rest of us have probable future heart conditions. He was a bit of douche to be fair and drove a Jeep and loved every trend that started in the 90’s. He one was of those kinds of people, if you know what I mean. My point was that it didn’t take me very long to realize that I wasn’t very good at this particular sport. A sport our friend didn’t seem to mind rubbing in our faces as well. 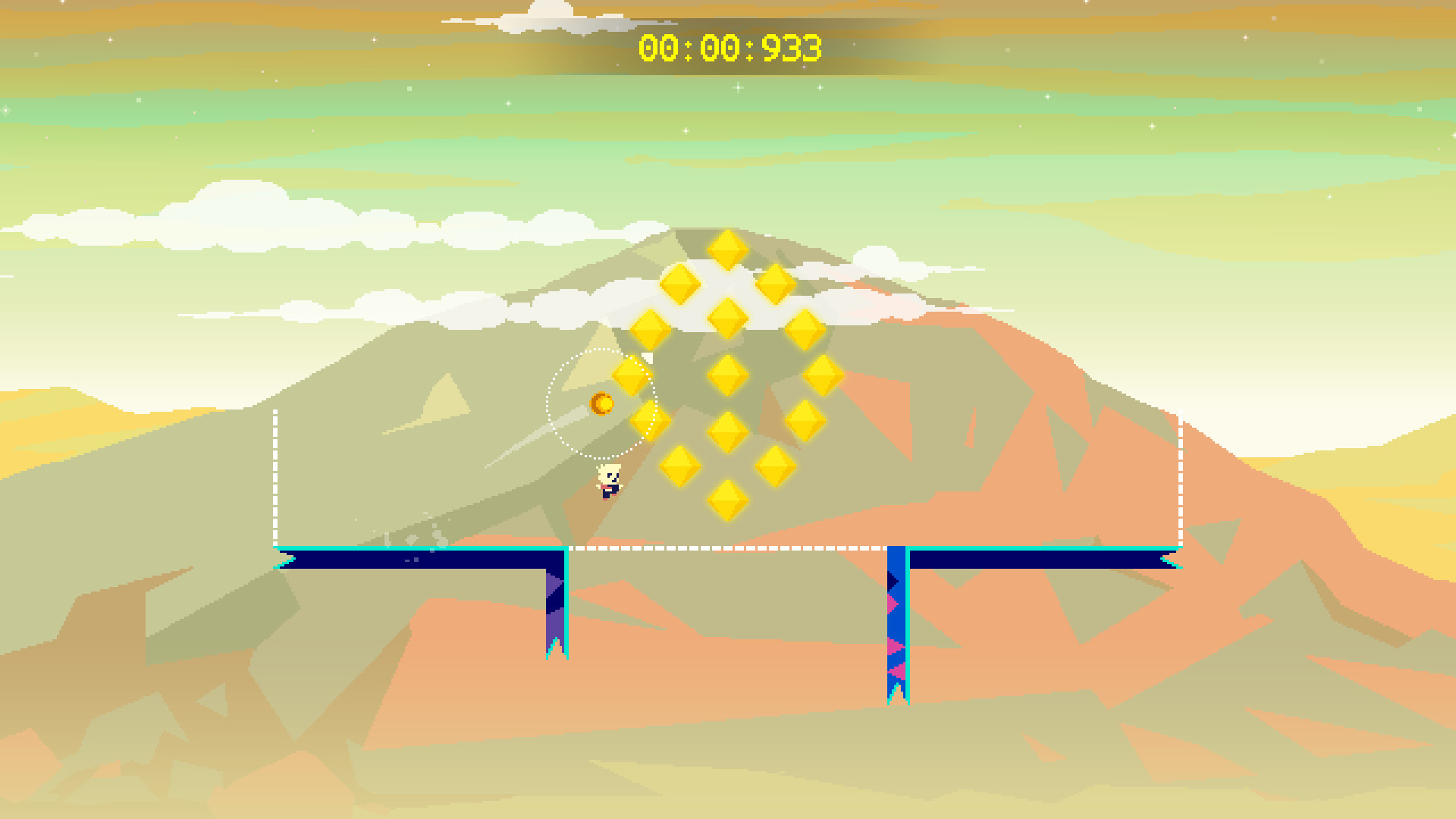 So, when I heard about HackyZack I admit I was aiming to settle a vendetta. This was my chance, albeit in digital form, to get some sweet, sweet footbag joy. Sure I could’ve practiced in reality and perhaps dropped a few pounds but this is so much easier. Boy oh boy was I wrong! HackyZack is brought to you by Spaceboy Games, the developers of INK. If you have ever played INK then you know that game is colorful, clever, and grueling. I mean that in a good way but the game required some precise platforming skills and failure was common.

To quote Freddie Prinze Jr, “Sooner or later it has to drop.” 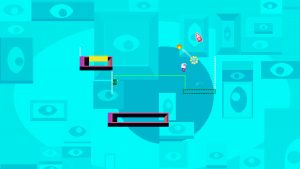 Nothing has changed for their new title HackyZack. Except on top of precise platforming, now you have a ball you need to bounce along with you and accomplish some sort of goal. Depending on which of the two modes you play, that can be destroying targets or hitting the ball into a goal. That is far easier said then done. If I haven’t drilled it into your head enough, HackyZack has a high skill ceiling. Somebody seeking a challenging platformer need look no further.

I will be honest in saying that I haven’t completed this game. Nor do I think I ever will. Like real footbag I just don’t have the patience to follow through completely. There are several reasons for that,` including my ineptitude, but there are some things that I feel could’ve made my time a little easier in the game. Primarily its the controls. Responsiveness and controller support are just fine and work well. The problem I found is that moving and aiming are tied to the same thumbstick. Which is fine for some of the levels but there are moments that require a fine mix of controlling your character and aiming the ball. 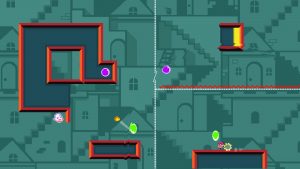 This issue has been addressed by the Dev’s themselves on the Steam forums. Stating that changing this layout would change the game dynamically. While I can’t comment to what they are speaking to, I can say as a player I felt like I was out of control most of the time. Making tricky shots felt lucky more then refined and controlled. Level hazards increase which makes it even more insanely hard. Switches, pits, and death fields are just some of the culprits of my lost hair. Switches are activated by the ball which requires even more intricate aiming.

Switching buttons around or not, the game is very difficult to say the least, so this wouldn’t exactly be a magic fix to begin with. 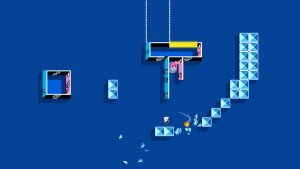 When one takes to time to smell the roses between hyperventilating, the game is rather adorable. The graphics are bright, colorful, and exactly what you would expect from the developers of INK. Simple enough for the game but distinct enough to catch your eye. There are collectible stickers adding a bonus layer of complexity to levels if one chooses. There are also eight playable characters, which I will never see because I value my sanity.

Speaking of replay value, this game has oodles of it. Between the two game modes/collectibles you are looking at hours of entertainment. It really all depends on your skill, if you can pass the levels. If you are a savant and breeze through the game, you are probably looking at the two to four hour range. If you suck like me, you will play one level for a half hour over and over.  Accoutrements include Steam achievements and Steam cards for you fanatic card collectors. 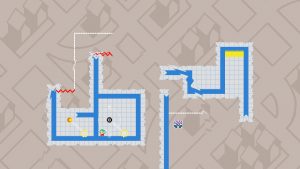 One thing in particular that I did appreciate was the soundtrack of HackyZack. In a game where I could die dozens of times. The music never really became issue or became annoying to me. It was pleasantly there in the background keeping me from succumbing to my controller smashing urges.

To wrap up, what did I take away from HackyZack? I learned I am not as good at platformers as I thought I was. HackyZack is a game for purests and people who loved games like Super Meat Boy, Slime-San and other precision based platforming games. Death and failure are going to happen, patience is required. The game is rather innovative, as I haven’t seen many titles like this one. If that is for the better or for the worst depends on your level of patience. Keep that in mind as you make your purchase at $9.99/£6.99.

To the brave I say, best of luck bouncing your balls!