The folks at MotionTwin obviously just love throwing stuff together. I can only imagine the chaos of eating dinner with them! But when it comes to games they craft a unique experience. Dead Cells is a self-proclaimed RogueVania with Souls-lite like difficulty. If that isn’t enough genre blending for you then I don’t know what to tell you. There is quite a bit going on underneath the surface, so lets take a plunge shall we? 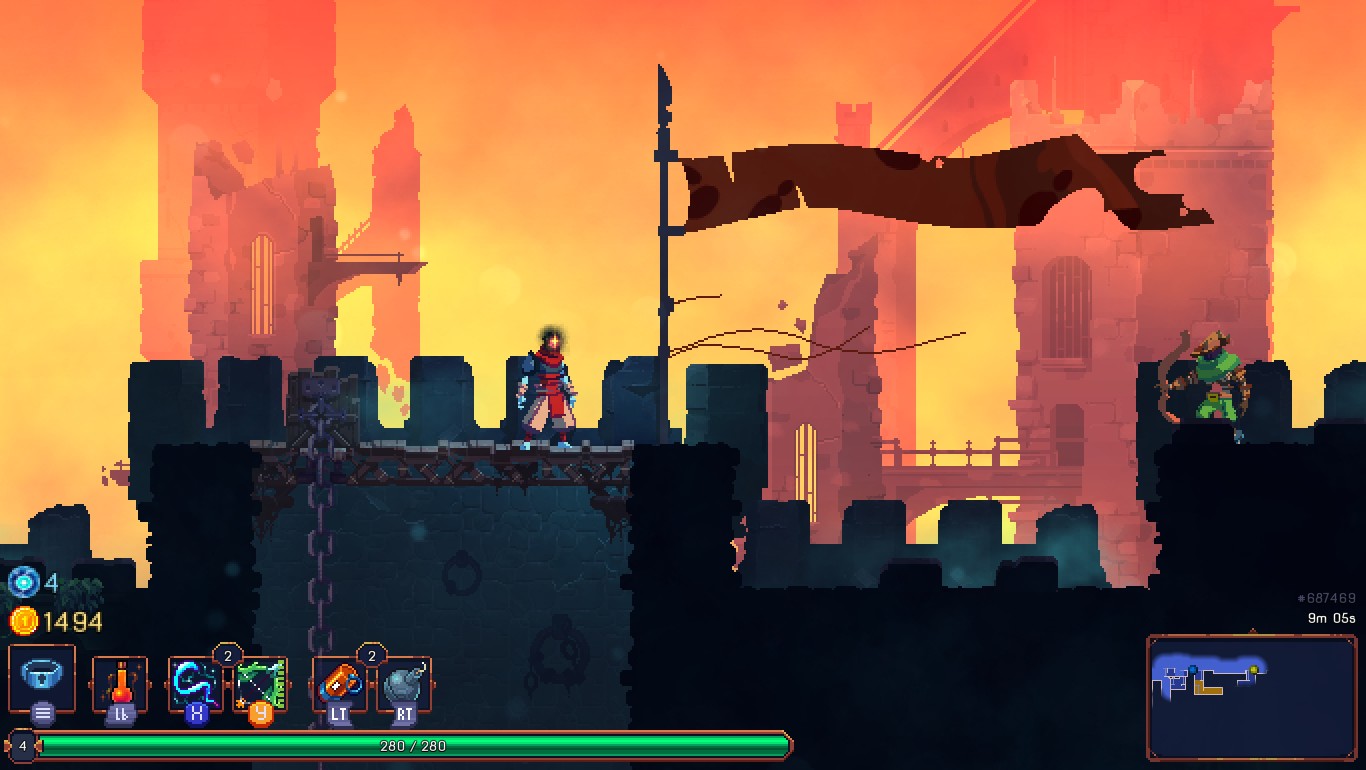 If you are looking for what “RogueVania with Souls-lite like difficulty” means in basic, its a 2D side scrolling action/RPG with hard as nails difficulty. Before we start talking about my initial impressions, keep in mind that Dead Cells is in Early Access and is subject to change. MotionTwin expects the game to stay in Early Access for about eight to twelve months and are looking to double the amount of content currently available. Like it says on the Steam page though, “The concept and mechanics are definitely far enough along to give the community a good idea about what we want to do with this title.” 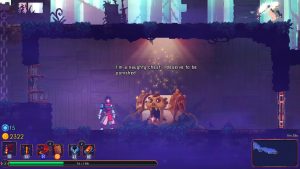 Dead Cells is a not game for the faint of heart to say the least. Especially if you are not a fan of repeating content. The closest comparison that seems adequate would be a game like Rogue Legacy. You have all that randomization that you would find in a Roguelite game. Which is great, but keep in mind Rogue giveth and Rogue taketh. You will have runs where you will get great items that match your playstyle perfectly and you’re kicking monster butt. On the other hand you will have runs where you get nothing and find an elite monster grinning at you. True story.

Most enemies can rip your precious health bar in half and it’s back to start upon death. Don’t get me wrong, I had more good runs than bad. The beauty of Dead Cells is that there are so many ways of mixing and matching weapons/items. Essentially the game wants you to adapt and learn different play styles on the fly. You additionally gain “Cells” that you use to unlock items and upgrade item damage. 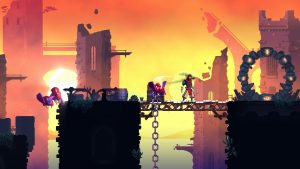 While I don’t want to get to in depth, the combat is insanely satisfying in Dead Cells. When you die you can clearly tell that you got hit because you screwed up. Controls are tight and responsive, and combat has a satisfying oomph to it. Enemies do have a bit of an advantage in that that they can shoot through walls, which I had gripes with. There are advantages that you have though, like hitting enemies from above or using the weakness of AI against it.

The problem for me is that the map isn’t as robust as I would like. The “Vania” part implies that you will unlock areas as you gain new powers. Right now it’s very linear as far as progression. Areas themselves are randomized but have an entrance and exit, You will find many paths but it’s still very much an A to B to C type of situation. The only alternate path I found from the first two areas was to the sewers, where I instantly got slaughtered when I entered. It really needs to up the Vania aspect and be more of a circle than a flat ladder.

Add in that difficulty, and you are going to become very intimate with area A and B which can be frustrating. So the answer is “Get gud noob” right? Well, hold your horses Elite Joe. There is a stat system in the game. These stats are not permanent and need to be found EVERY time you do a run. Meaning you aren’t always going to get the upgrades you need to be effective in combat. Prime example is entering the sewers from the first area, you can kill the enemies in that area but it takes a dozen or more shots. How many shots do you take to die? Three or less. I have been killed in one shot in this game.

What this basically means is that you need to slow yourself down and find all those upgrades or end up dying, fast. I wish there was a way to counter this problem. That being said, the developer wants this to be kind of arcade style game. Failure equals start over. If you had permanent upgrades the beginnings areas would become a breeze. It will be interesting to see if a solution is found.

At the end of the day Dead Cells is a fun but brutal game. When you do manage to get into new areas such as The Black Bridge your heart is pumping because you want to keep going. Then a boss shows up and it’s the fight of your life. One which I won and then proceeded into the next area to die brutally to a Elite. Back to area A for me. The boss battle itself though was incredible and I hope moments like these are sprinkled in more often.

In case you are wondering an Elite is a tougher version of normal monster that does double damage and can teleport to you. Fun times! 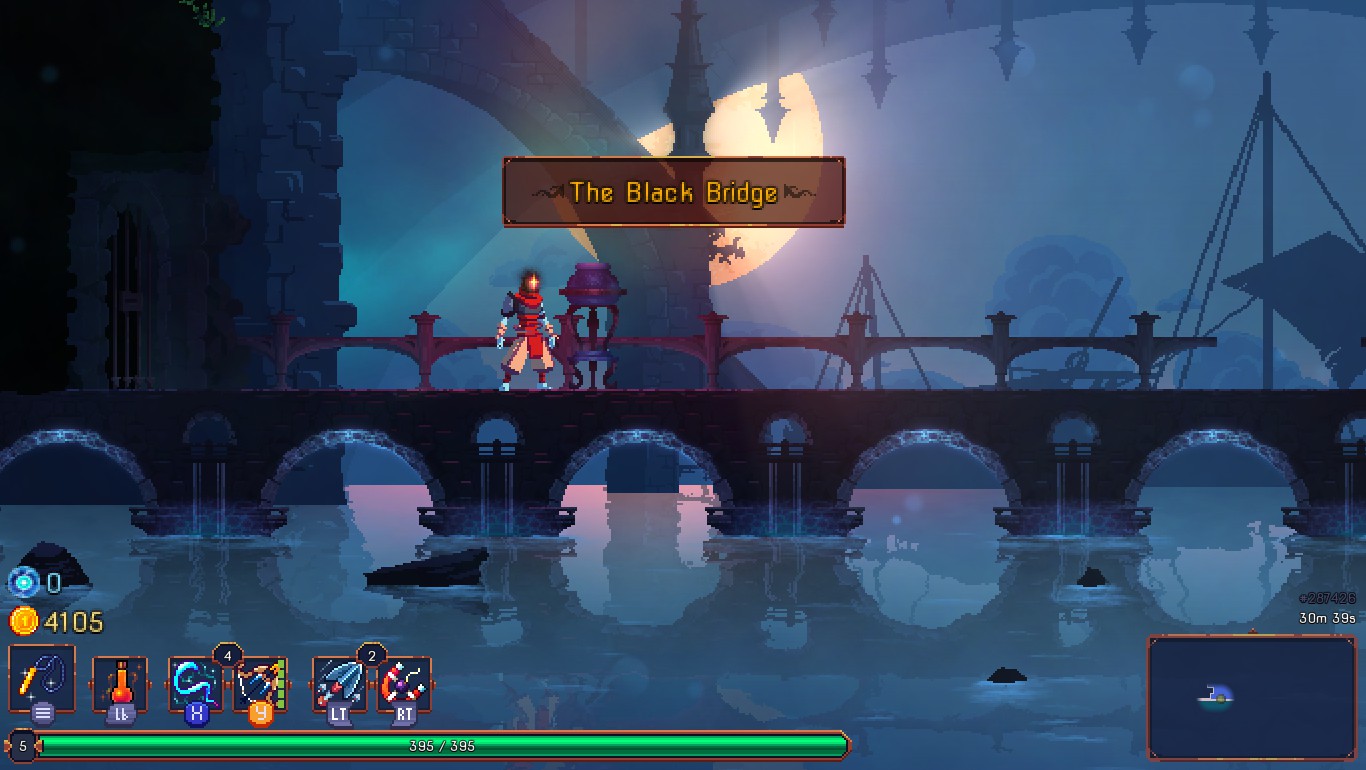 Finally, Dead Cells has a sharp game aesthetic. It does a lot with its art style and I was impressed more and more the deeper I got into the game. I wish I had seen more variety in the enemies from the first few areas because areas later on have very neat enemies and designs. The animations are smooth and really give that combat a fluidity you can get behind. My only thought was that Dead Cells needs to take more time to take my breath away. I want to feel the roar of an enemy or focus in on an elite and show how powerful they are.

This is definitely a game you should be keeping an eye on. There is already a hard but amazing game here and it is only going to get better with community feedback. I personally can’t wait to see the finished product and see if all this genre blending pays off. If Dead Cells can pull that off it will be a truly innovative and unique title. Make sure to check back as we keep up on Dead Cells here at B3!