As a part of my IGF judging, I got to take on an early demo of Pill Baby — a story-based action game about an immigrant who has just moved cities to take on a new, and somewhat average job.

As a new person to this world, you seem to not know much of the local language or anyone within the town, but you aced the interview and can start on-site testing, so surely you’ll be able to fit into this town. Your job is pretty interesting to a person who doesn’t know this land— you are a guardian, someone who takes a pill, gets weird fleshy hands, and then fights against the parasites that are spawning in the world. 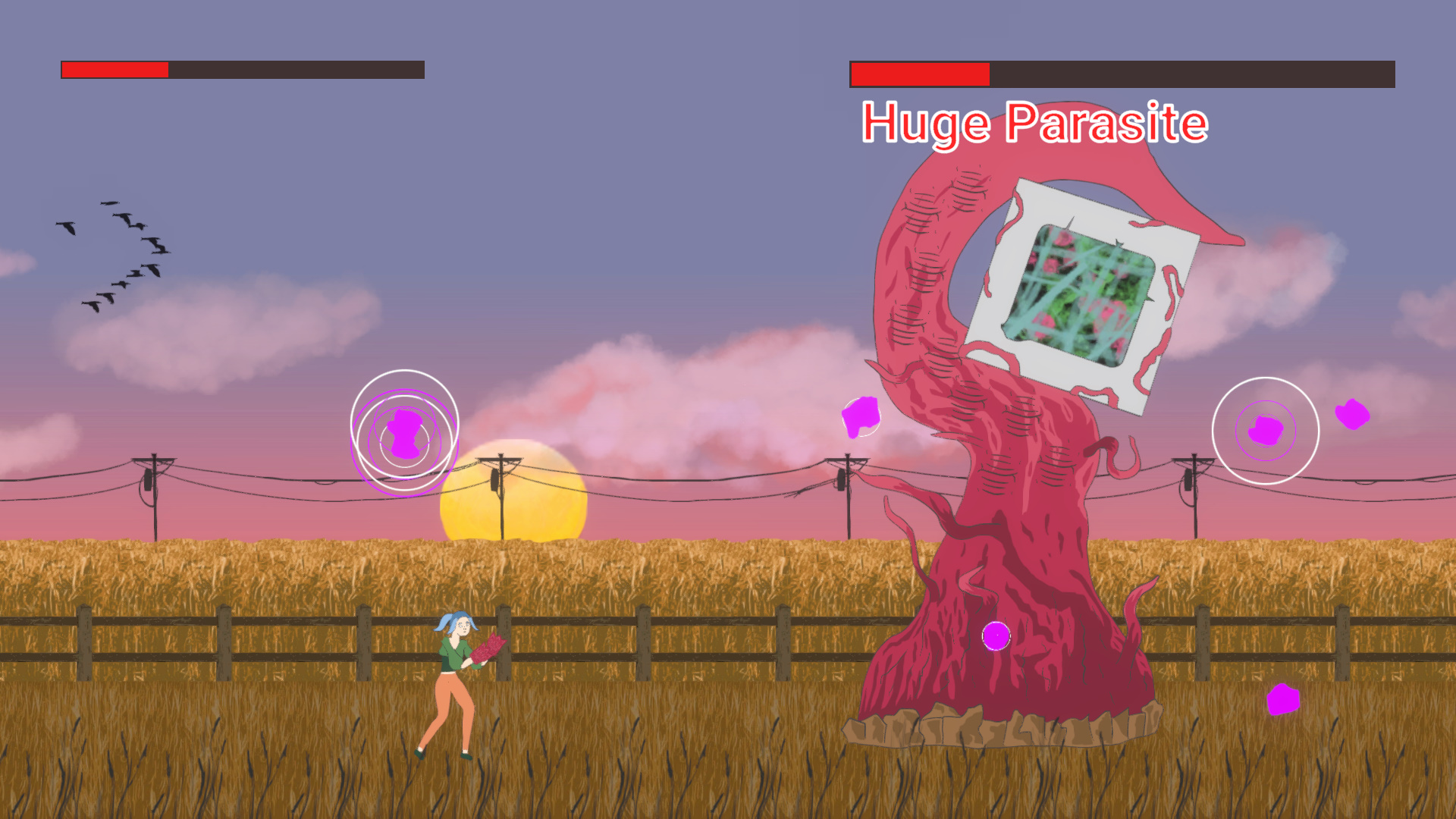 Punching, kicking and otherwise destroying them causes them to turn into an explosion of money, you will need to take on parasites that shoot back, fly, move around, and more. Boss fights with larger parasites are also featured within this game, so brawling is a major part of the gameplay. However, Pill Baby is beyond that a story-based game, one which guides you through the life of Anna as she struggles with loneliness, the new language, culture shock and everything else that comes with uprooting and going to a new place.

It is the future, so you’d think things like technology to call back home would be helpful, but your family isn’t as supportive as you would have hoped and they have their own issues and problems to focus on. Your struggles take root in a giant skull that you often see as yourself or feel overcoming you. It chatters at you, trying to talk to you about all your imperfections. 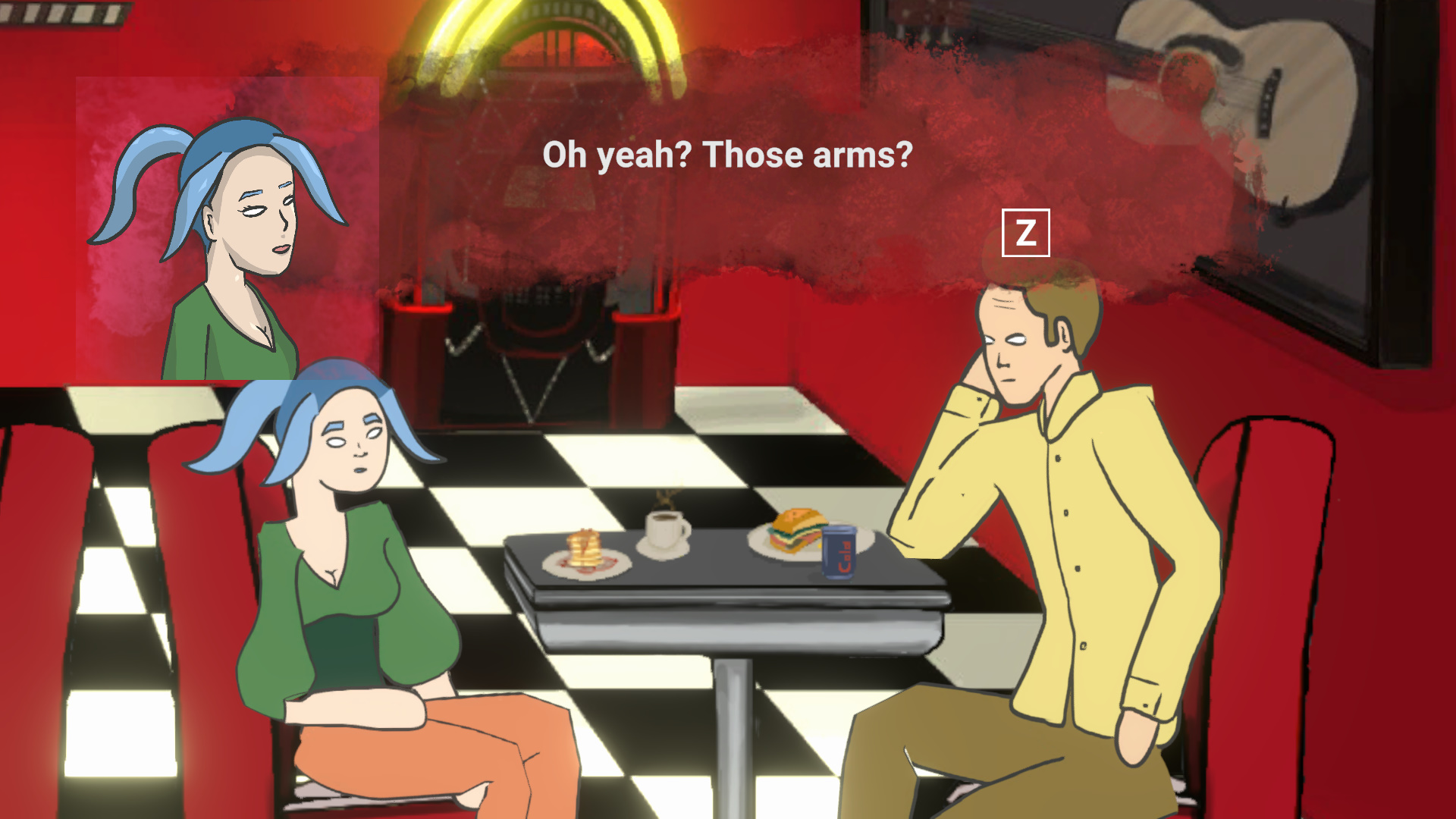 Pill Baby, though only a short demo at the moment, is trying hard to convey all of the struggles one might have with so many big changes in their life, and there is a lot of meaning behind the different cutscenes that you will see. However, at the time of playing, this felt quite disjointed to the fighting that happens with these parasites. I am hoping that the final game showcases what these monsters are — and that more to them is revealed, but even with the demo, there are clearly a lot of directions that the game can go from here!

You can keep an eye on Pill Baby through Kayabros Twitter.