Welcome back to Hitman, we’ve been away for a month, and whilst it’s likely that we’ll return soonish, this will be the final Elusive Target write up for some time.

The Elusive targets system changed my opinion on the base sandbox game, it’s simple changes are not that dissimilar from the contracts feature, but like others, I’d overlooked that feature. Despite the contracts feature being something IO Interactive have made a point of highlighting on a monthly basis.

The additional wrinkles added are likely to be integrated into the standard contracts feature, but the main element of Elusive Contracts is the single run mechanic, if you fail the objective it’s gone. It’s less, “I’m missing content” and more “Take the risk”

The reason that this is my last elusive for sometime, is that at the time of writing this piece, IO Interactive is currently re-running the timed missions. Giving those who haven’t challenged them yet a chance to experience their one-shot nature. As such I’ve completed/failed all the elusives post this target. 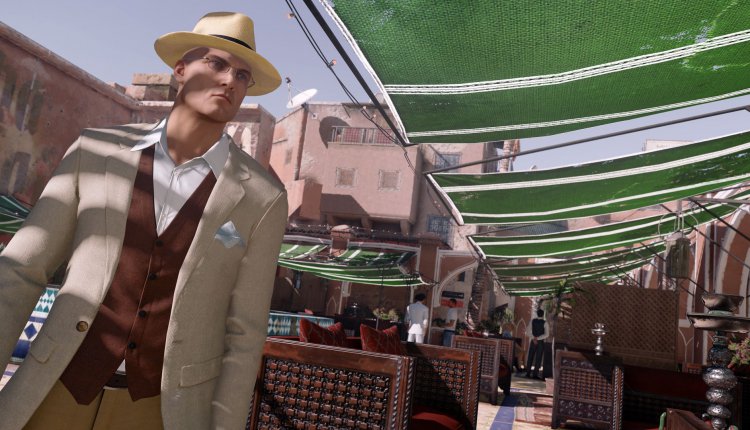 Marrakesh is the map, and this was the first Elusive on this map, I don’t like this target. He did nothing to annoy me, but he has fallen into my web and as such, he’s tricked me into having no fun. Understand that this is not a bad Elusive Target, it’s just lacking a challenge when it comes to how I approach the Marrakesh map.

This map is one of the few maps where I’ve actively raced to the main campaign target against Dann, our editor-in-chief, in order to work out a route. The problem was, we both ended up heavy into the use of the underground tunnel to get through to a below ground car park, and then into the embassy.

It’s a really cool path; I didn’t spend much time on this episode’s mission and, while I did manage to unlock other routes and items on this map, I still rely upon that route. Sometimes it’s hard to veer away from known quantities.

Marrakesh is a really good map — it has the variety of the bustling market, the heated protest, the repurposed former school… it’s just that my route has a table with a bunch of explosives on, which is catnip to my playing style.

The main reason this target causes such a reaction in me is that the target is in the carpark, and the video briefing clearly highlights this. It’s important to note that the target was initially released when the map was new, but with over sixteen months of knowledge, I knew to hone in on that route.

It feels like cheating, whereas normally having route knowledge feels more challenging, or like you’re outwitting the guards. Nothing about this route screams superspy — a child, new to the game, could probably do what I did and manage not to get spotted.

This playthrough ended with what I believe might be a perfectly lobbed explosive, which managed to have a low casualty count despite upwards of eight people huddled around the target.

It just made me feel like a padlocked gate which has rusted over, leaving a keyhole incapable of use. I think I need to find a pair of hypothetical bolt cutters to free me from the tedium of that underground route. 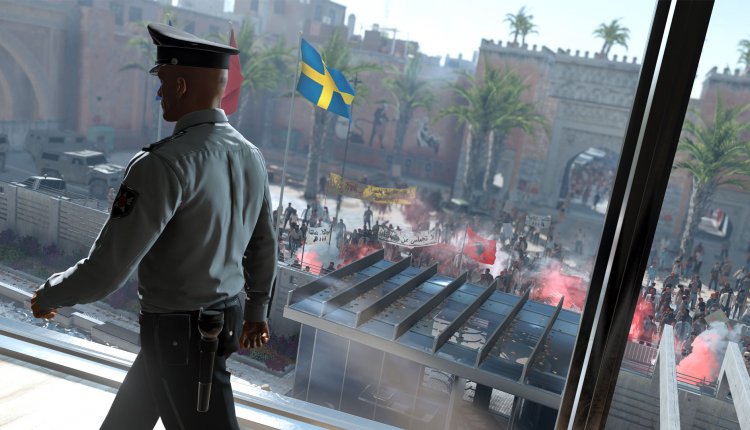 Dann here, sticking my oar in because my name was mentioned a couple of times, and — like a campfire-story villain — that’s all it takes to summon me.

Personally, I think the Marrakesh map is easily my favourite. This is mostly down to the fact that it is the only one with multiple hub areas — like an assassin’s version of The Crystal Maze. Each of these four areas would be good standalones as pre-Hitman (2016)–style missions, and the diversity of them make longer challenges vastly more interesting than simply ‘evading a guard’.

It also, sadly, suffers at the hands of this — and this is probably part of the fatigue Lou has. Each of the four areas have to be linked and/or guarded and these, as an effect, feel like gateways rather than pathways. They feel like areas where the game deliberately slows you down as you transition from one playground to another. Perhaps worse, to counter this they have their own little gifts for you laid out within. The teacher’s roof, the underground car park, the shop seized by the military, that broken bit of fencing around the embassy… they all feel like mini-checkpoints along a scripted mission, even though most instances of the level aren’t. It means it feels less sandbox, more multiple sandpits linked together through rope bridges.

All that said, I did really enjoy the underground route and its linear passages, which featured far too many guards and far too many places to hide the bodies. This Metal Gear Solid feeling was a nice change of pace from the tense interiors of Paris and Italy. Right up until I grew very aware of the ease of passage through the funneling shortcut it was one of my favourite pieces of my favourite map. It’s still pretty fun to escape through when things go wrong, too — like a cheesy action set piece — but it makes Marrakesh feel out of place and pace when compared to the other maps.

And with that, we say goodbye to the Elusive Targets, one of the best systems to be implemented in modern games, hopefully IO Interactive announces what’s happening with Hitman this year.