I’ve played P.A.M.E.L.A., the recent, early-access survival, horror title, for a handful of hours now. Largely I’ve been casually trundling through the hallways of Eden -a formerly Utopian, ocean-floating-on city to save the world- and I wanted to take a little bit of time out in order to talk about it. 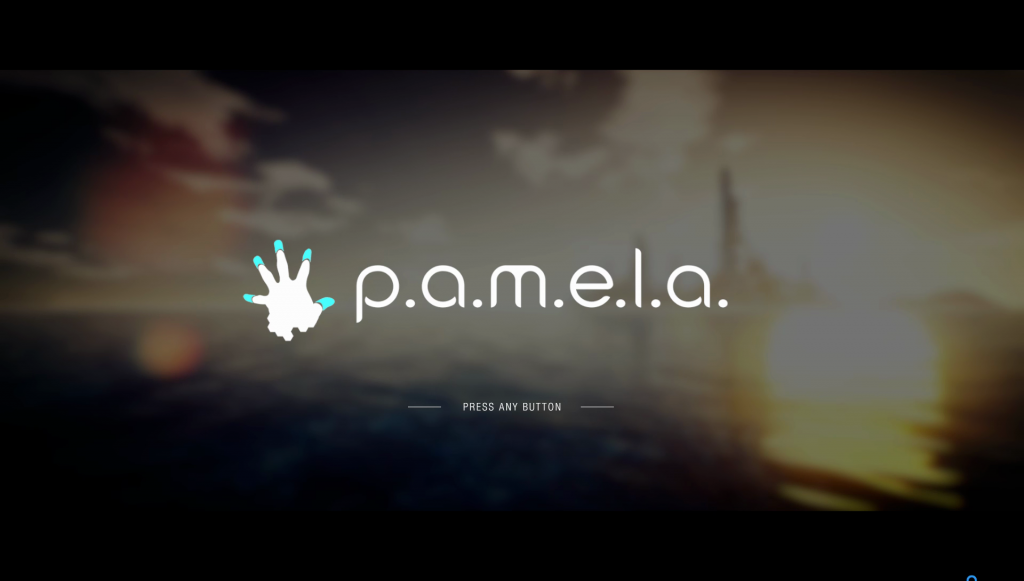 You’ve heard the story a million times before; Boy meets Girl, girl is actually a totalitarian government, so Boy goes off and meets a new Girl, but Boy is actually an over-ambitious city designer, and Girl is the answer to all of humanity’s problems in the form of a ludicrous city or outpost or starship, and then people move in and it’s wonderful, and then it’s not.

As is the manner in most games when this happens, you’re late to the show. Although, it is a little bit different this time, because you are only tardy to the initial chaos because you are cool… ice-cool, as you’ve been cryogenically frozen for the last exty-ex years. You defrost a fair while after the virus, after the city got locked down, and after the brutal mutilation of many of the fallen utopia’s robotic custodians.

Eden, the city the game takes place in, is a couple of hundred years ahead of where we are now; humanoid robots tend to people’s every need, the rooms and hallways are generously proportioned and purposeful; checkpoints and shutters at every point they might be required; more screens and displays than the back section of an electronics store. It’s sleek, with rounded, shaped furniture; at times like an elaborate shopping center, others some ritzy rehab venue, and others, well, at other times it pretty much nails that ‘space’ future aesthetic that runs through modern titles; functional and militaristic; Mass Effect, Elite Dangerous, Interstellar Marines, Halo.

Of course, it’s all ruined now. Security robots patrol bloodstained corridors, breached lobbies, and ravaged galleries. Where there’s not security robots there’s mutated denizens. Evidence of the virus that ruined the place is everywhere, corpses and scraps of former combatants litter the place; the earliest victims of the virus line walls of former safe-zones, with body-bags callously tossed atop each other as the grip on the populous was lost. Most potently however, twisted, static shells from the mechanical custodians hauntingly stare, powerless, locked in the last place they stood as they failed. While a bolshie bravery comes once you realise that these wrecks are not going to attack you; it’s hard to shake the thought that one might spring to life without warning.

Obviously, any veteran of the various XShock (write that one down) games will feel this sounds quite familiar still; this is true, at least on the descriptive level. The game actually makes amazing use of the Unity engine – I’d actually have suspected Unreal if it didn’t currently have substantial loading issues on first spawn which see you stuck on a page carrying the Unity Logo. But, while there are certainly more similarities, there’s also some vast differences.

For a start, the game is more a survival game than any other genre. While you’ve certainly got a sci-fi horror vibe, with the power out and failing throughout parts ot the city (more on that later), strange afflicted enemies and the obvious sci-fi play on everything in the game. Even with all of that, it’s a survival game first. The player has to eat and drink; sprinting will tire them out fast, and combat is initially best avoided until you’ve learnt the lay of the land. Even then, though, with your sci-fi crossbow, and cool arm-shield, you’re best not to rush on ahead.

As with survival games, scavenging is a major focus, and space is at a premium. Tins of beans and bottles of water are replaced with dried squid and cartons of milk; shots are everywhere, able to amp you up, or quickly restore a status deficit.

Death is, like it or not, currently permanent. And while you can then respawn at a variety of cryo-booths any mark or inventory you made on the world will be gone; got a snazzy weapon? Several future-cows worth of milk? It’s all lost to the wind, snatched up by spooky future janitors and redistributed among the many, many storage vessels of the game.

Containers are, as one might imagine, but possibly not expect, extremely plentiful. A chest of drawers in a domicile will have eight drawers, and any number of those could be interactive. Most loot containers at least contain something, although the current odds of searchable containers feels a little bit odd – especially as the recommended way of identifying them is using your all-singing-all-dancing armband.

The armband and partnered scanner is a key part of the game. It handles all of the in-game menus, from status to inventory, from building to upgrades. It’s also, as I said above, a scanner which will highlight elements of the environment relevant to you, be that interactive objects, or the games locked boxes which you hack using an interface on the armband in a minigame where you have to stop a spinning line as it passes a relevant section. If you stuff that minigame up you’ll alert security who will either detain or murderise you.

The observant will notice I said building, and you might be sitting there saying “Why did you leave that so late in the piece Dann?” Well, the answer for that is simple; it’s an interesting, but ultimately light feature.  You see, as you rummage through the bins and lockers of Eden you’ll occasionally chance on a base tower, or power generator, or old turret, etc. Once you’ve got at least the generator and supply you can set up a safe zone wherever you wish.

Yes, wherever you wish.

It’s a pretty cool feature, and means that you can set up an array of turrets in a central area to the hub you are scouring, and then kite enemies back to it when you are in danger, that’s completely viable. You can also use it as a place to store and centralise your supplies; you don’t have to carry much food or water if you know where you’ve stored a decent selection of it.

Obviously the RNG nature of any survival game does come into play when it comes to the bases; on one life I found half a dozen turrets but no powersource. In another I couldn’t find a turret, but it didn’t matter as I had weapons and upgrades galore. Upgrades for both myself, and for P.A.M.E.L.A.

Ah yes, we got to the name of the game. P.A.M.E.L.A. is the AI of Eden, she’s a remorseful, woe-stricken sort who has the ability to appear in a semi-physical form which she uses to wake you from your frosty slumber. Audio logs from her are littered around the city, and tell a story of the fall of the city. She can, however, be much more than a story device as you have the option to upgrade your link with her, and subsequently her abilities. 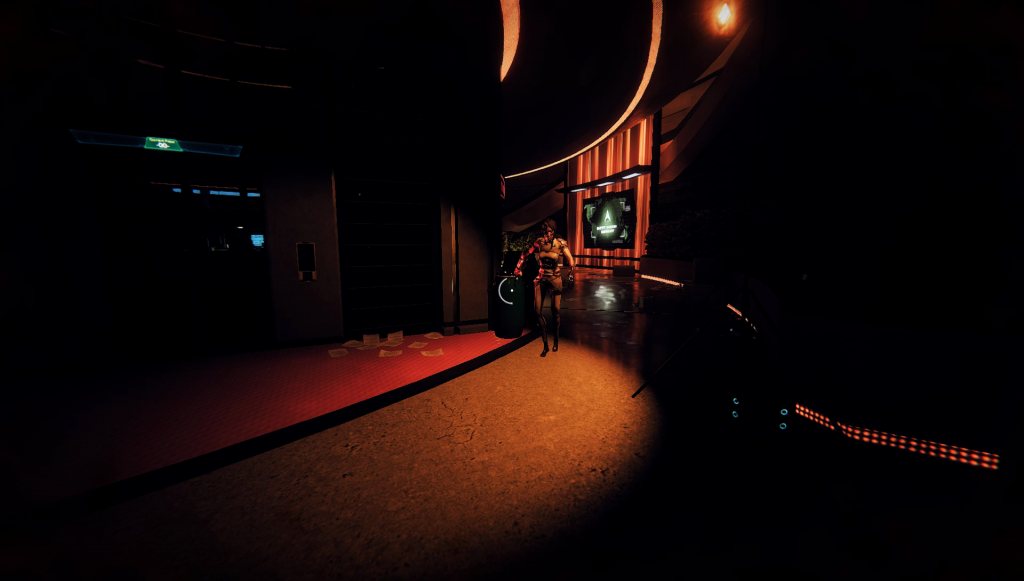 P.A.M.E.L.A.’s wide open setting, which you gradually make your way through to unravel the story and bring back online is a beautiful one; it’s a joy to look at, it’s fairly fun to navigate around, and careful players will find that practical use of the base-building mechanics can effectively defuse any of the clunkier elements of survival games which have made it’s way in.

But, at times it feels like half of the mechanics are telling you to push forward, solve the story, reach the heights and the depths, it says “do this, for there will be good things there”, and “do this, because good things come at the end of these things”. But, the other mechanics say, “Stop, hold up, take your time!”, and further ones say “You can’t chill here you lunatic, you’ll starve!”  It makes for a really odd pace; a nagging need to push forward juxtaposed with a requirement to look carefully at things.

The base-building does alleviate some of the issues from this; for one it means you can treat certain wings and facilities like levels in a game, clearing them out and moving on, but it’s an odd pace, especially considering the game currently doesn’t have the later parts of the story or setting included.

As a linear tightrope, a tight, directed, cinematic story this game would be great; as a survival game with nearly no story, but higher damage and resource frequency it would also have been great. But, as it stands, straddling the line, I’m not 100% sold.

I’ll likely return to P.A.M.E.L.A. to do a full review before it hits full release – which doesn’t see to be anytime soon. Outside of a few technical issues and strange AI, though, I didn’t face any problems with the game once I had learned the ropes, and shuffled off the mortal coil a few times.