As most of you know, I have never really played many AAA games. My whole existence has been in indie games — apart from select NES and PS1 games, back in the day. Spyro the Dragon is one of the games that I have played… or well… almost played.

Picture this; a 13-year-old Jupiter Hadley, sitting on the bed of a boy’s house. This boy was Keith — a 14-year-old who lived down the road from my grandmother’s place. Keith had a few things I really enjoyed; a trampoline in his backyard, a hermit crab called Henry, and a PlayStation 1. Keith’s game of choice: Spyro the Dragon. Kicking my feet against the bed frame while sat on it, I would watch him play stage after stage of the game, collecting gems and fluttering around with the fairy. If only I ever got a turn.

Seeing all of the merchandise for the newest Spyro game, currently on pre-order through Numskull, reminded me of all of the times I sat on that bed, waiting for the controller to be handed to me. 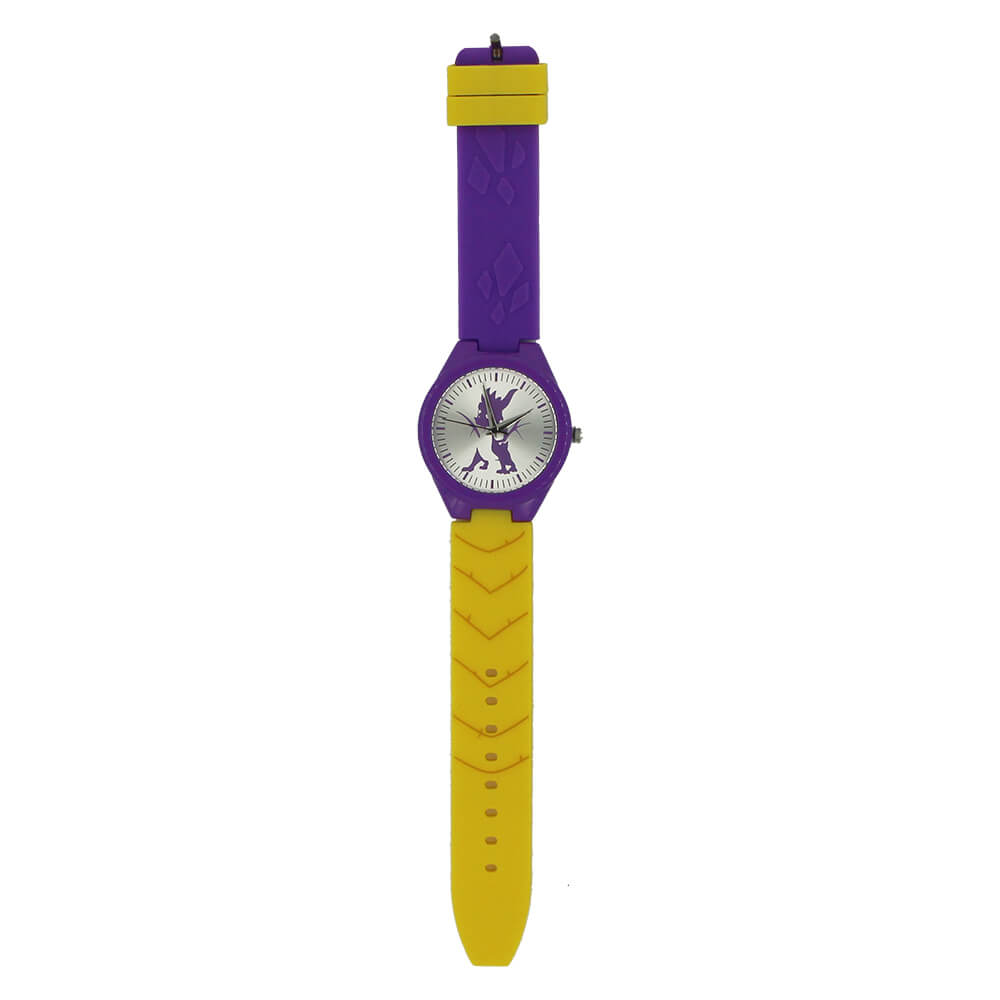 I could have used this Spyro Watch, to tell how long he had been playing, all while telling me ‘in a little bit’ or ‘just one moment’. Maybe if I had kept better track of time, I could have argued about getting a turn and seeing if I could fight off giant toads with bats or find some frozen dragons to rescue myself. 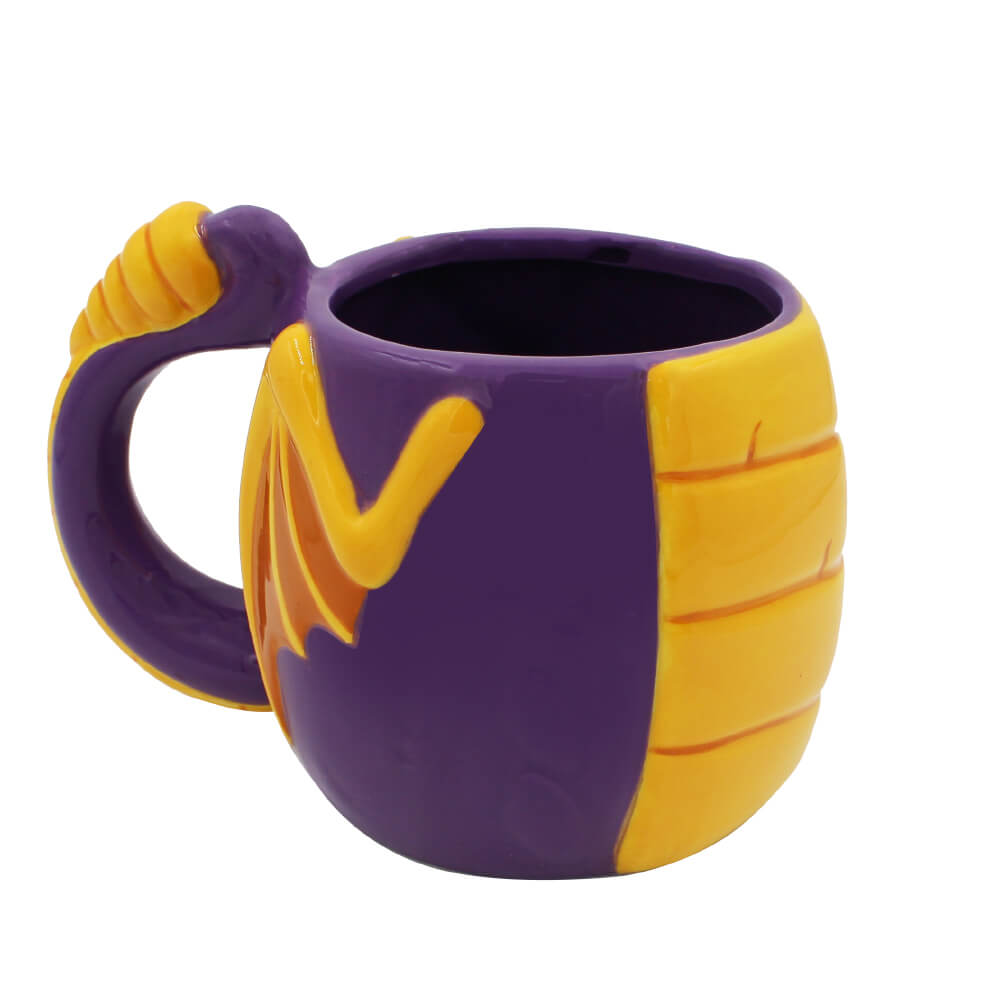 Maybe, if I was particularly thirsty, Keith would have brought me some hot cocoa, made in this lovely Spyro the Dragon 3D Mug, to keep me patiently watching him play — blasting fire at the enemies in the game. I would have stroked Spyro’s little tummy on this mug, imagining that the hot cocoa keeps the fire burning inside of him, ready to blast out. 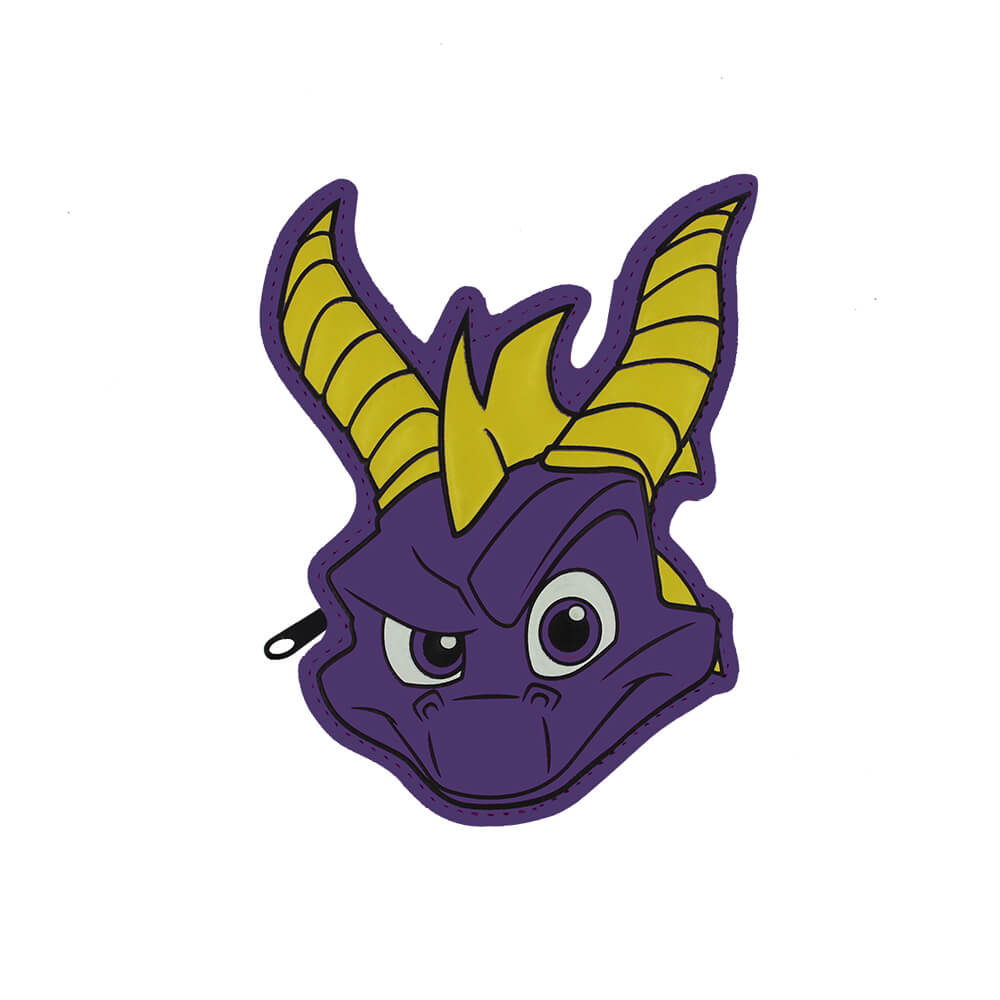 At 13, I did get money for candy — penny candy at the local candy store down the road. I probably could have stored these coins in this lovely Spyro the Dragon Coin Purse, offering to pay for a turn if getting particularly desperate. The smirk across Spyro’s face on this item would have matched my own as I got the controller myself and finally took on the game. 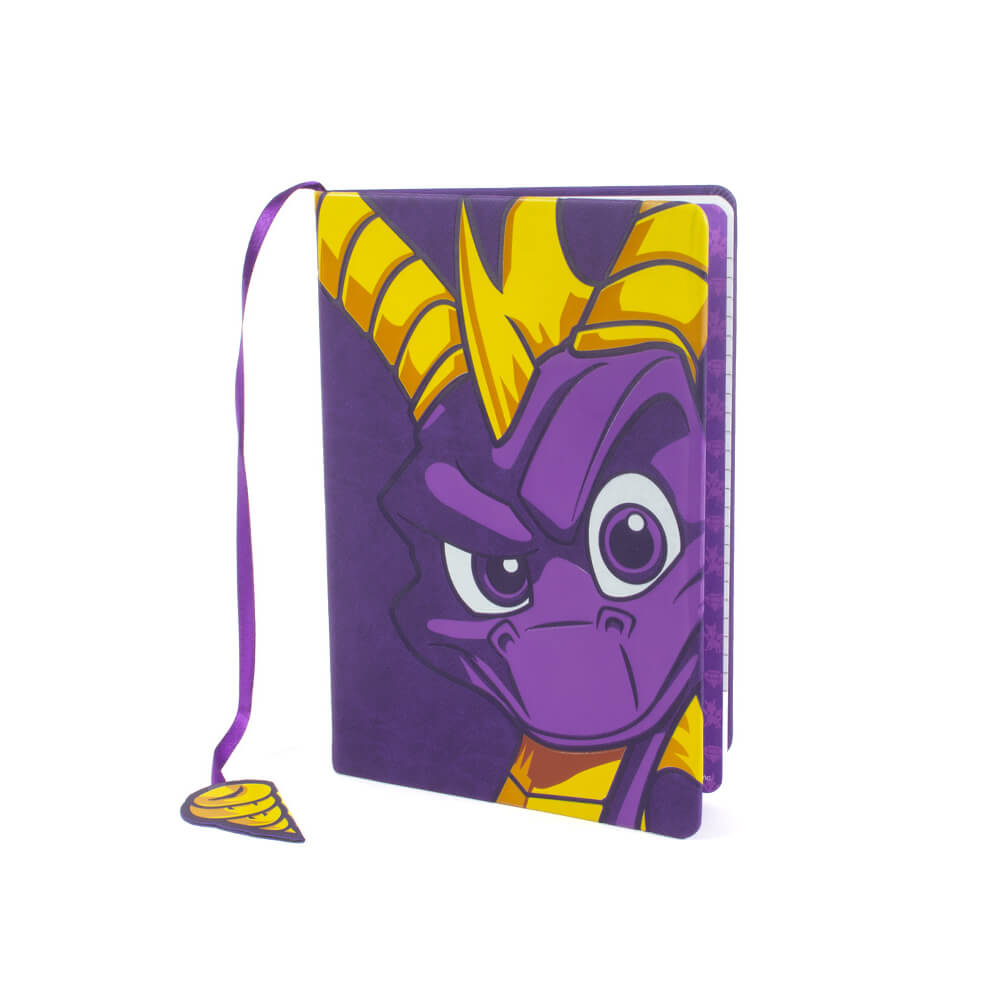 I did, several times, take notes as I watched Keith play. I wrote down stories about Spyro’s adventures while waiting for my turn — surely coming soon. I wrote about secret areas and kept track of how far he had gotten, and about when and where he had died. If only I had this Spyro the Dragon Notebook / Journal to jot things down in. 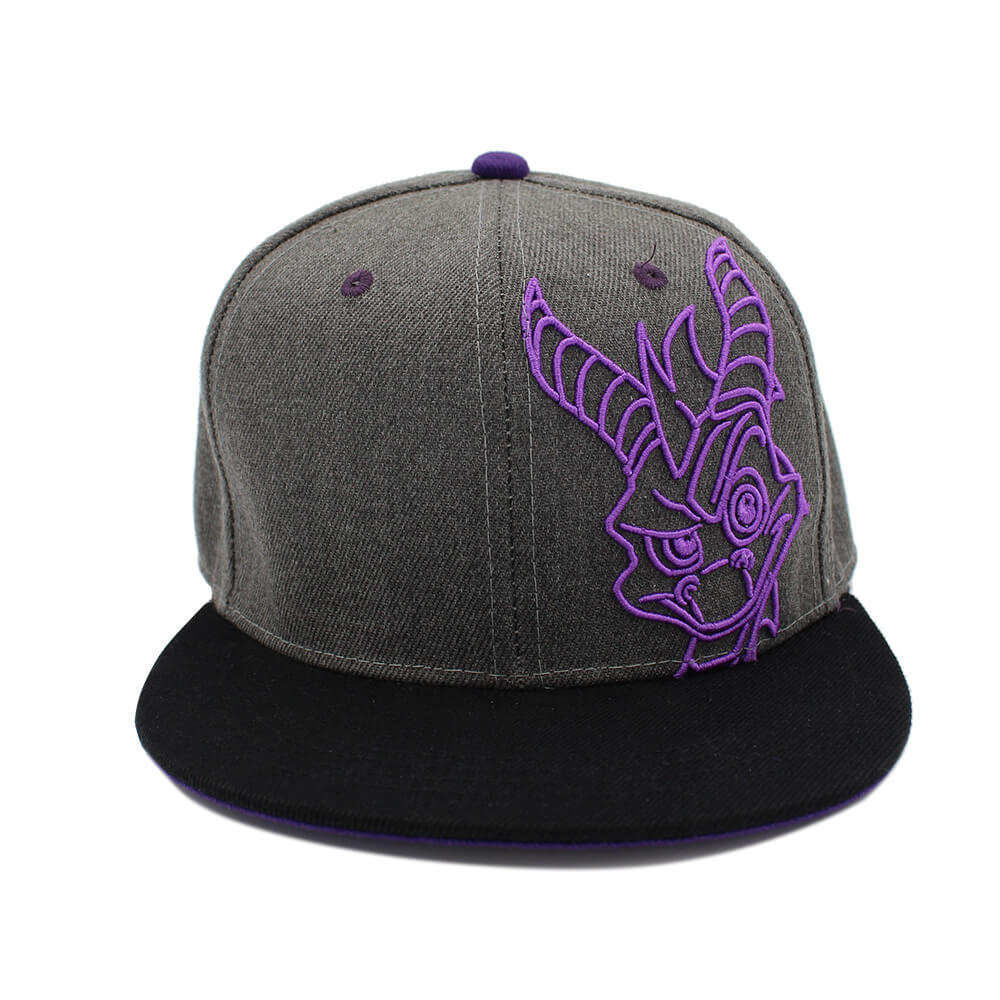 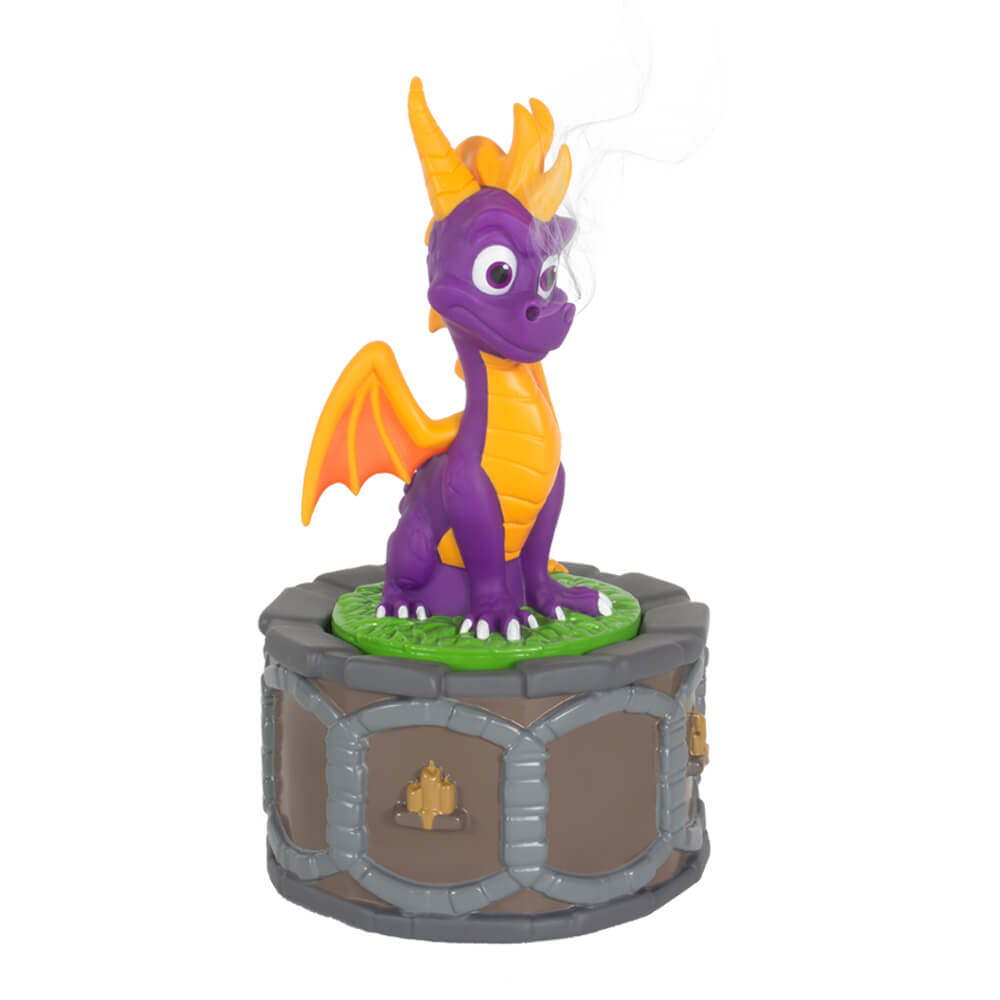 We weren’t allowed to light things on fire, carry around a lighter, or buy incense at the age of 13 and 14, but this Spyro the Dragon Incense Burner Figure / Figurine has smoke coming out of its nose, which is amazing – and damn, I would have totally just played around with this for a bit instead.

I, personally, am still steaming that I never got to play Spyro the Dragon, but seeing this bright purple merch really does still make me smile.

There is plenty of other brightly colored and equally awesome Spyro merchandise, including pin sets and keychains, in the pre-order by Numskull!