Getting dirty with NASCAR Heat 3!

Since I went so in depth with NASCAR Heat 2 last year, this piece will more explain what has been added in NASCAR Heat 3 — which is really quite a lot — rather than breaking it all down by parts and labor again. I’ll get down and dirty with this piece because…

A large chunk of what they added are dirt tracks. No, not just a few additional tracks, the entire Xtreme Dirt Tour. Although it’s not officially sanctioned by NASCAR (as it’s presented by motorsport.com), it is the new starting point for your career. Additionally, the first ever dirt road course is part of the eight new dirt tracks.

Whether you know me or not, I love career modes. Unlike NASCAR Heat 2 last year, in which you started with the truck series and moved your way up, NASCAR Heat 3 has you start with the Dirt Tour. Obviously, this makes Career Mode much deeper than it was.

Like last year, though, you don’t start with your own company. You have to prove yourself on the track, driving in Hot Seat offers — when you can get them. You are like a fill-in driver for a specific week and a certain team. Each time you complete their contract (finish eighteenth or better, finish twentieth or better, finish in the top ten, etc.), you earn both money and fans. Hopefully, this will lead you to be offered a contract for next season. Eventually, you’ll raise enough money (and fans) to be able to either join an established racing team or start your own. Of course, that comes with all of the financial obligations as well as driving in the races. This is a monumental leap forward.

Additionally, you can run in any of the four Championship leagues — the Xtreme Dirt Tour, the NASCAR Camping World Truck Series, the NASCAR XFINITY Series and finally, the big boys: the Monster Energy NASCAR Cup Series. The best part is, you can do it all concurrently — while still having the ability to take a single, one-off race any time you choose. Being both a yuuuge NASCAR fan and a glutton for punishment, I do all five simultaneously — trying to make my way in the career mode while also hopefully working my way toward the top in each of the four Series.

During practice sessions, NASCAR Heat 3 has added a ‘racing line’. This shows you the optimal line and speed for that particular track. It also gives you real-time feedback as you’re speeding along — if you’re too slow, coming into the corner too hot, etc. For me, it was an excellent choice to have it during practice only and not during the actual races. Generally, games that do that have the ability to turn the race-line off, but not always. Simulations that keep it on all the time genuinely annoy me. Good call, Monster Games and 704 Games Company.

You also get live updates on your race before it even starts. These little ‘stories’ might make the difference in winning or losing. Without too many spoilers, they are things like who’s having an exceptional weekend, a terrible one, bad luck, technical violations, etc. It really adds to the immersion of race day.

If you don’t enjoy doing your own car tuning, NASCAR Heat 3 has added pre-defined car setups —  which include three different types of ‘loose’ as well as three different kinds of ‘tight’. So, if you don’t like fiddling with it yourself, you’ll most likely find a setup that fits your driving style. Theoretically then, you could easily go to a track, run nine (obviously abbreviated if you choose) races and find out what works best for you and that track — without finding out the hard way on race day that your setup is off. All of that without touching a wrench yourself.

Much to my enthrallment, on October the 5th, right in the middle of this review, NASCAR Heat 3 added a huge update. They made even more tuning and performance adjustments. If you’re a Dale Earnhardt, Jr. fan, they added him to the NASCAR XFINITY Series. They also improved steering wheels’ force feedback.

Even more to my enjoyment, most of the additions went into Career Mode. You can now choose paint when driving someone else’s car as well as access car paint kits for custom cars. They added manufacturer descriptions to the agent recap and manufacturer displays to sponsor cards. It will now display upcoming tracks when setting your work plan — a very nice touch. You can access the character editor from the career home screen. Then, the big one: if you make the playoffs, you earn an invite to a team in the next league. Finally, they added the option to simulate races during your career. While some people may like that, I have zero interest in having the computer run one of my cars in my races.

Overall, as much as I liked NASCAR Heat 2, I definitely enjoy NASCAR Heat 3 much more. It took me a while to get used to running on the dirt, after eighty-seven years of pavement racing, but once I got the hang of it, I had a blast. While still not on a team in my career, I’m doing pretty well in the Xtreme Dirt Tour. Now, the hard part for me is going back and forth from dirt to pavement. I mean, I have three other Championships I have to win as well. If you’re a NASCAR fan, this is the game to be playing. 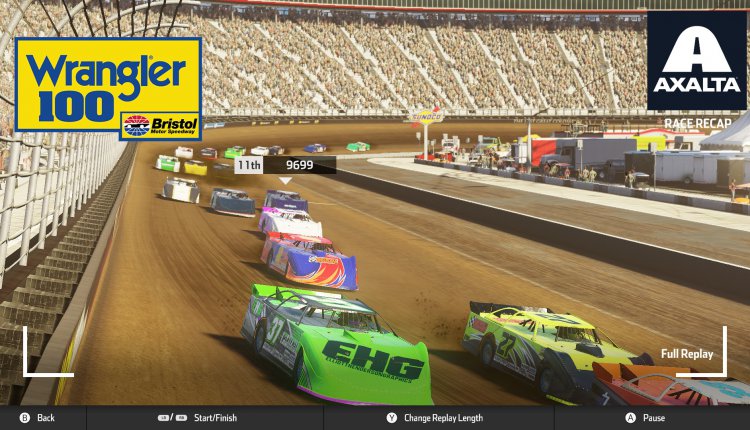 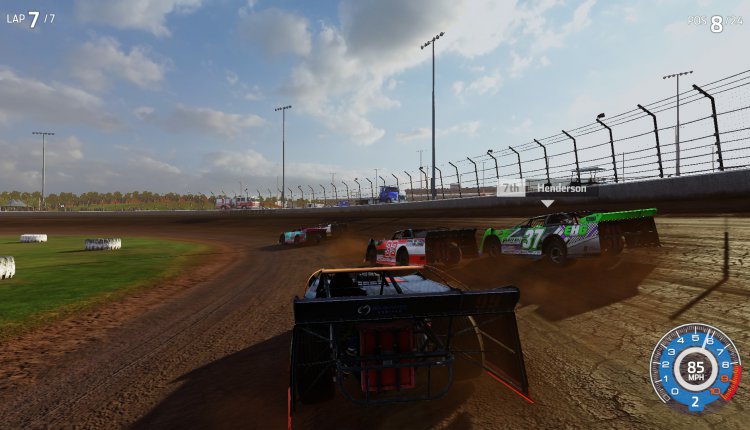 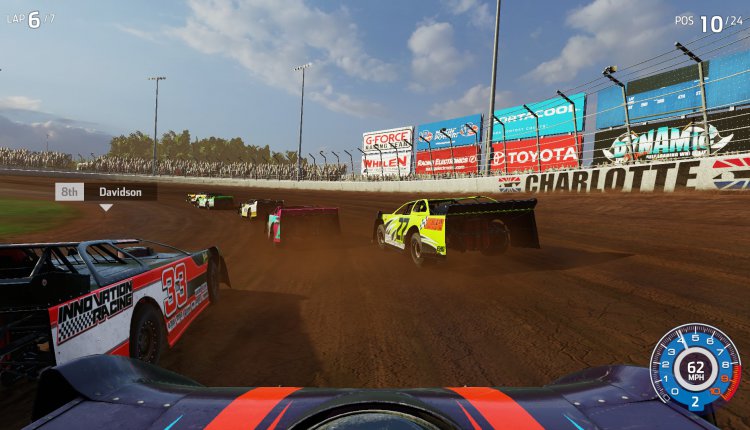 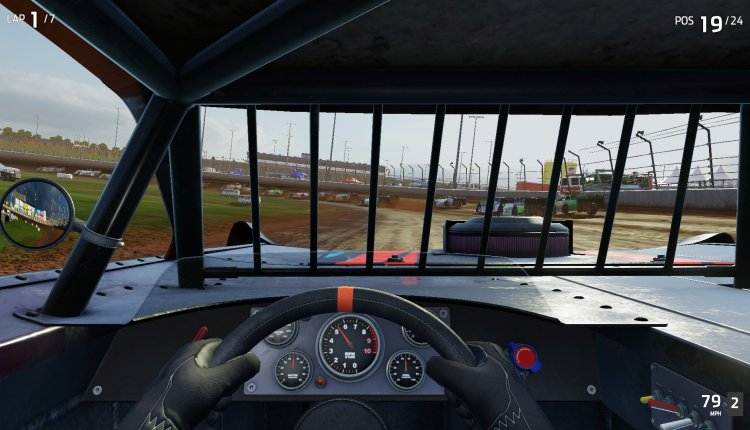 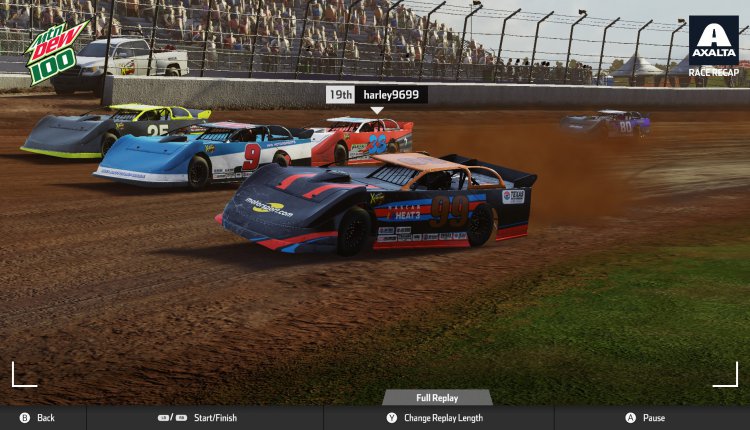 Oops, slid mine a little there. 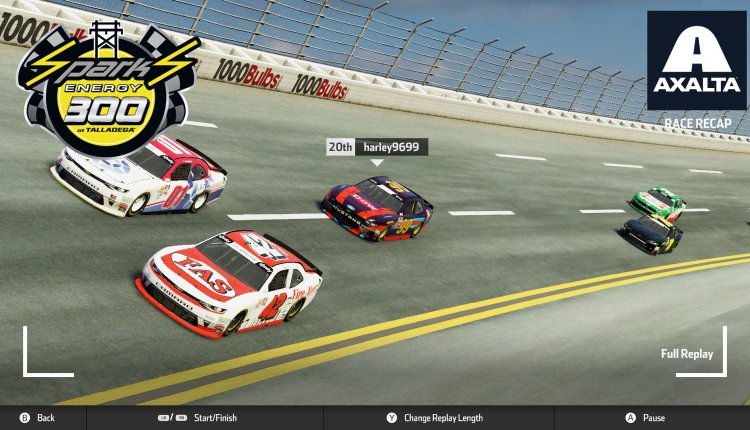 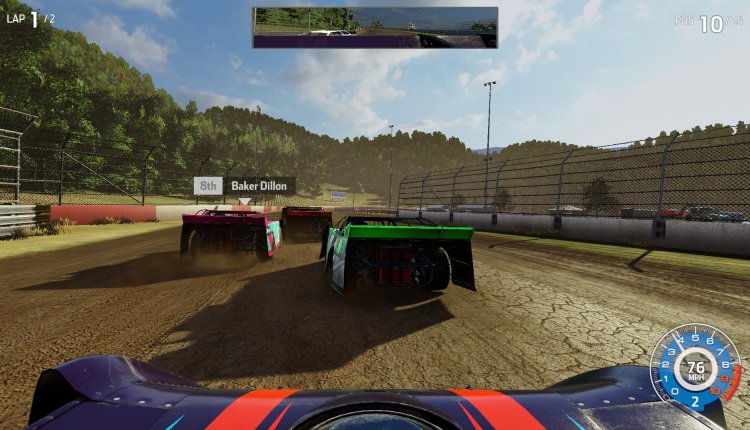 Only two laps, make them both count! 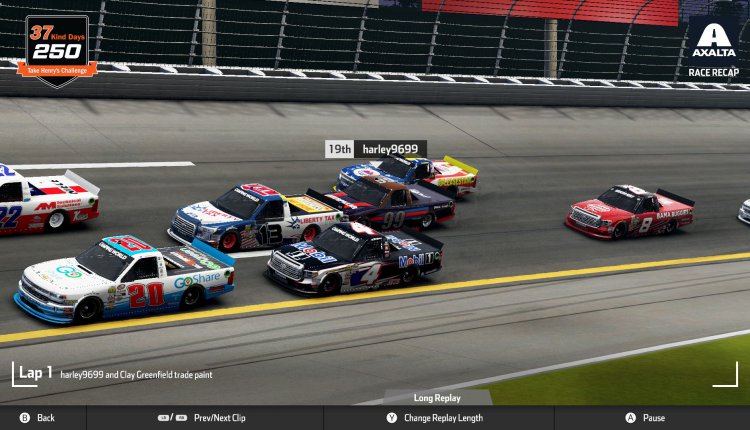 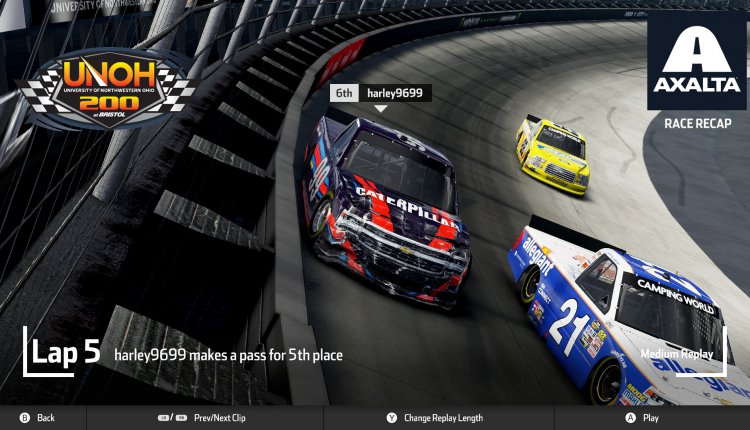 Still moving, even with my truck's front damage. 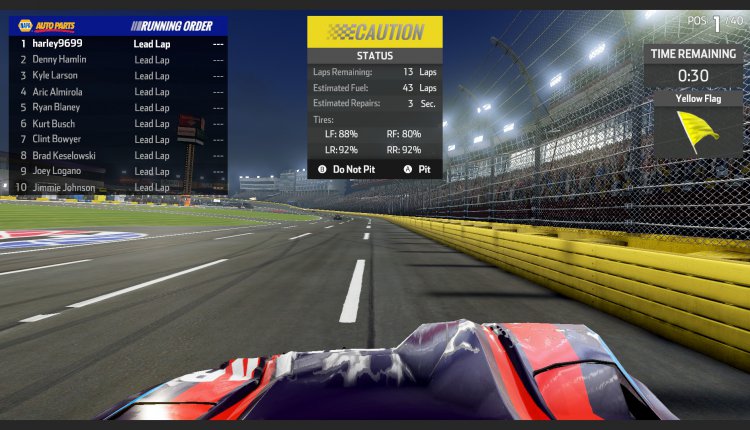 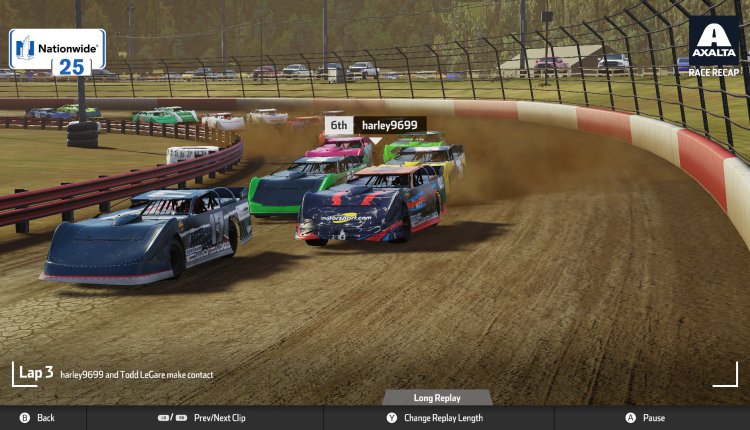 Crunching my car on the dirt road course. 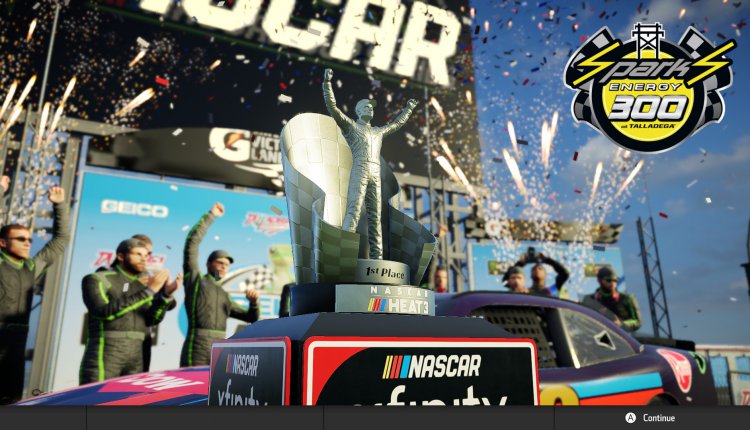 Pulled out a Victory! 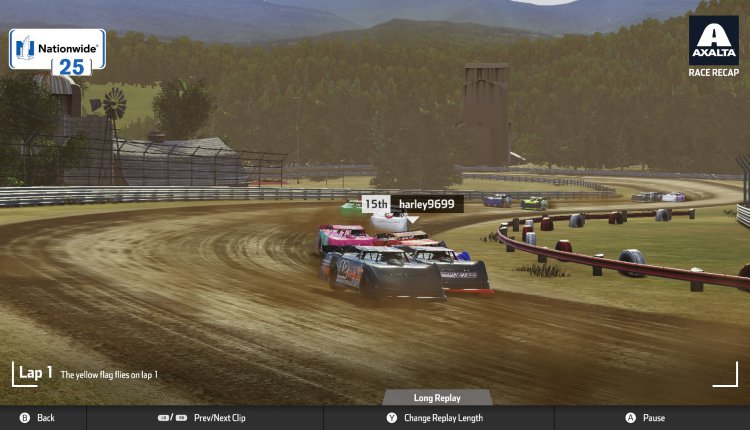 NASCAR Heat 3 was released September the 7th, 2018 and is available on PC, Xbox and PS4.