Kingdom Hearts Perilous Pursuit is a dice rolling game where you have to work together as a team to save worlds from the heartless, co-operating with careful dice-allocation and dice-sharing to overcome the darkness corrupting each world.

Each player takes a character card. These characters are each heroes from the Kingdom Hearts series and have slight differences in that each of the five moves you can do cost different dice for different players. Worlds are picked, depending on difficulty and then health trackers and corruption trackers are set up, and play begins. In each turn, you will roll and then spend your dice. The dice can be used on your own powers, but you will need to be able to unlock a whole portion for the dice to count. Sometimes your power costs one die to ‘Ready’, other times it can cost five. Once you’ve Readied, you can then spend to ‘Set’, and finally, you can spend another to ‘Go’. If you do complete a section, no matter what one it is, at the end of your rolls you can gift dice of the same symbol to friends who need exactly that number to complete theirs. This means there is a lot of dice needed to do anything. You do get to re-roll dice up to three times, but it is still tricky. 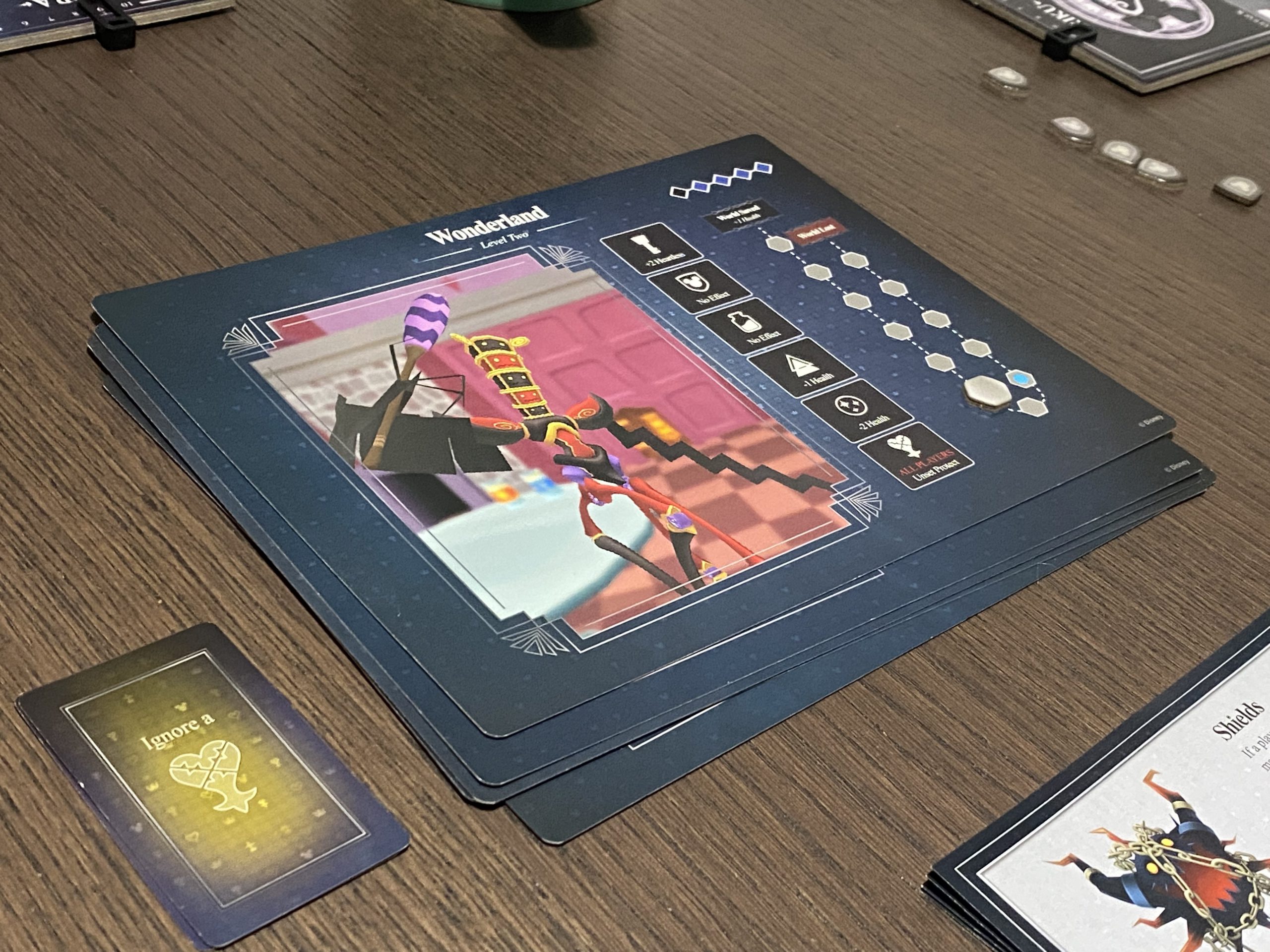 Also, one of the six dice has a heartless symbol on it, which means you cannot assign dice on that reroll.

Because you can spend your extra dice on other player’s boards, you will need really good cohesion with your teammates in order to actually execute the different moves and attack the bad guys — who do get a turn between each player’s, where they are attacking that player and getting stronger in the world. Attacking the enemy is basically just pushing them back, so you will need to really focus on what character does what. Some characters are better at healing, for example, which does need doing as the game progresses and everyone gets low on health. 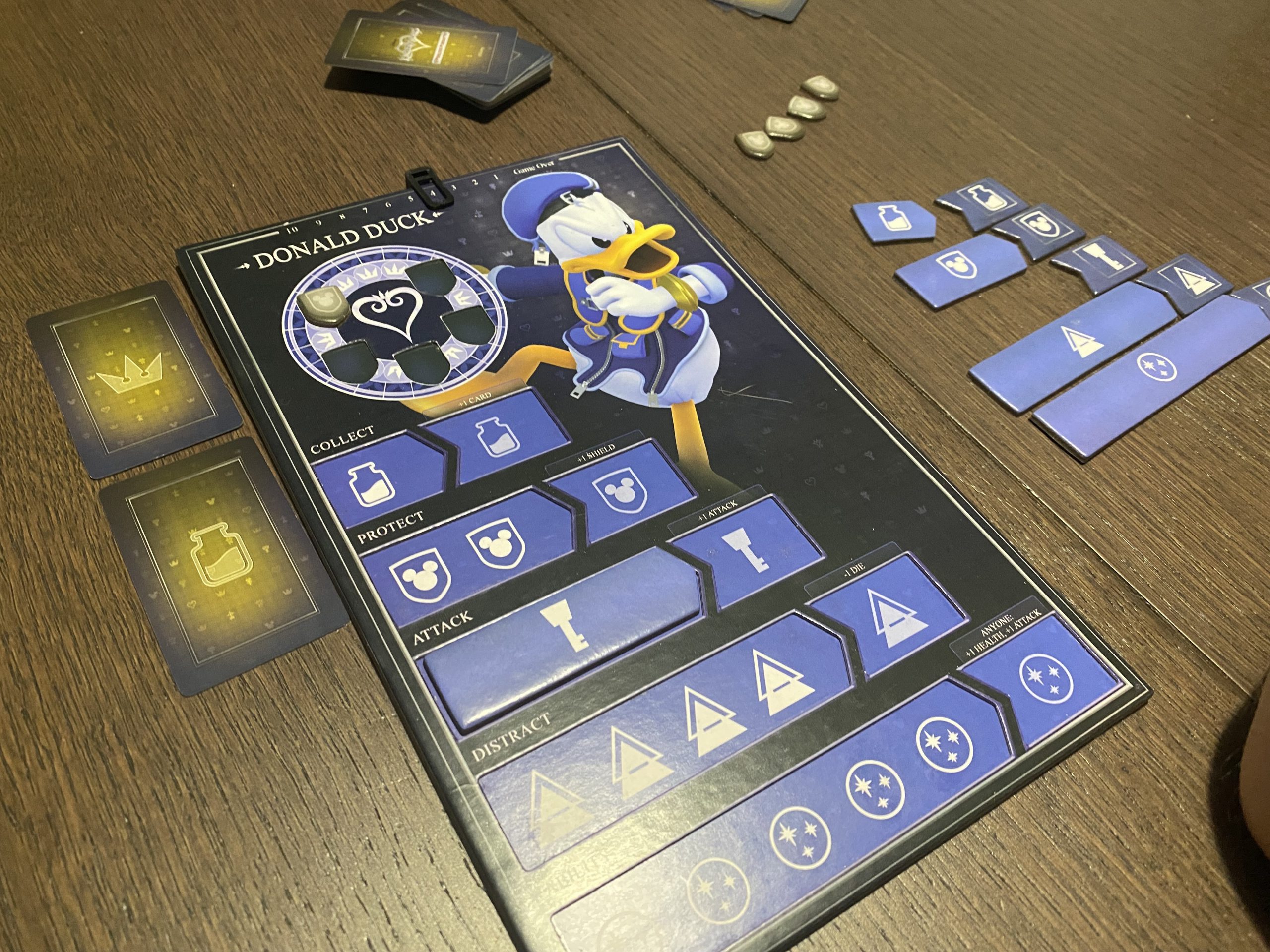 You do get bonus cards in Kingdom Hearts Perilous Pursuit, which can help you along the way. These often count as a dice symbol (sometimes more than one!), give you a new roll, or give health to a player. Obtaining these does cost a lot of dice, but if your team is able to keep completing different sets and then passing useful dice around to everyone else, you can get a good system going!

We struggled with defeating the bosses in our time with the game, and often found ourselves trying very hard to attack, when some characters just weren’t really fit to attack. We did start gaining ground as we used abilities to remove die from the attacking opponents, but it was hard-fought Enemies are challenging, and it does become a game where you do need to work together! That said, we all had fun with Kingdom Hearts Perilous Pursuit, and the design of the player cards are really nice!

You can get Kingdom Hearts Perilous Pursuit on Amazon.