Iron Danger is a fantastic puzzle game dressed as an RPG

I remember staring at Iron Danger while at Gamescom a few years back. Every time that I walked past there happened to be the same sequence on screen; a giant mech bursting from a building in slow motion and then, surprisingly, the game halted to a stand-still. From there whoever was playing entered combat, but rather than being a pausable real-time like in the cRPGs of old, the battle was made up of blocks of time, and these blocks of time were reversible even after you saw them play out.

Pauseable gameplay and tactical slow down are both things that have been around in RPGs for quite some time. I, for one, never even tried running classic cRPGs at realtime, because it’s incredibly hard to command a collection of units, each with their own inventory or skill sets. Pausing was a natural solution for it and suited the D&D construct it was running on. But, despite that presence of user time-control in the genre, nobody dabbled with it as something larger. Iron Danger is refreshing because of how it uses this, although it is victim to some more modern RPG shortcomings which is interesting because it also lacks a lot of modern RPG staples. Phew.

Iron Danger follows the story of Kipuna, the sole survivor of the messy raid which makes up the prologue. During the raid her entire town is killed except her — well, if you want to be very specific then she dies too. A piece of the path gives way and she tumbles to her death, impaled on a magical Crystal. It just happens that a god brings her back with the game’s time-altering powers, so gets away lightly. By the end of her misadventure through the town she has a colleague by her side, and you’ve had Time-Manipulation 101. 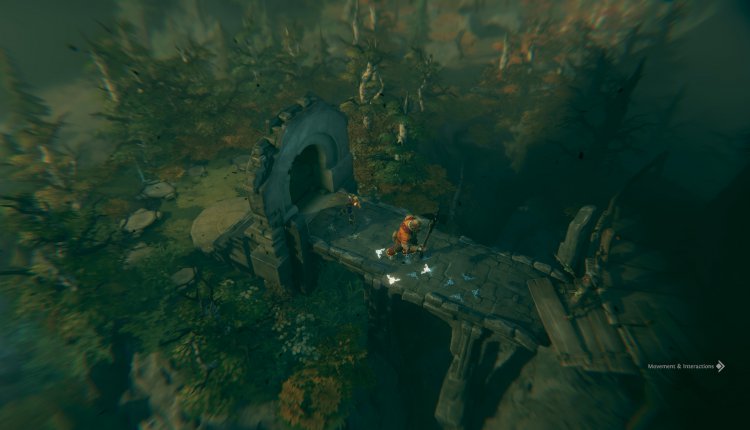 Time Manipulation is easier to describe if you think of a music, or video, editing suite. Do you know how your drop clips or beats onto the track? It’s like that. Each action takes up a certain amount of ‘heartbeats’ and once an action has played out you can reverse back to previous heartbeats in order to adjust your tactics from what you’ve witnessed. Because of the nature of the game, which is ‘Euro RPG’ hard (you’ll die after about 2-3 hits), you’ll be rewinding a lot — but that’s fine, in fact it’s the core of the game.

Iron Danger feels perfectly targetted at RPG fans who really enjoy over analysing combat situations, and who are not shy of reloading saves. That said, I know that I keep saying that it’s an RPG, but it doesn’t follow a lot of the more iconic notes of the genre — IE the stats building. Characters are really entirely comprised of their skills and abilities, there’s no levelling-up of stats, only unlocking and refining of abilities. This is totally fine, and the absence of it is hardly felt. Another big shift is that it all takes place in a series of locational missions. Most of which are simple races to A-to-B and then B-to-A, with stealth, puzzle and boss elements littered throughout. Iron Danger is at its best when combat takes place in clustered locations, there’s an early fight which I remember where stealth failed me and we (you can, and often do, only have two party members) fought our way around a house, knocking enemies away as they rushed in through doorways, and triggering environmental elements to try and minimise the number of attackers we’d have to face.

Setting fire to things, triggering log-falls, and more, make up the environmental elements of Iron Danger, and they often feel brilliant when you get them right. This, combined with the temple elements, really make the game feel more like a ‘Tactics Puzzler’ than anything else. If you want a rich RPG with cool time manipulation elements then Iron Danger isn’t that. What it is instead is a brilliant tactics game, albeit one with a really light story which builds up a menacing enemy but never delivers and instead side-steps to promote a sequel. I enjoyed my time with Iron Danger, and I hope that we see more games learn from its incredibly time manipulation system — it just didn’t feel like the game I dived in for, but that’s okay.

Interested in reading about another twist on RPG? Tactical stealth game Desperados III released soon, and here’s our review.