One of the game prototypes that blew me away at EGX Rezzed 2018 was Haiku Adventure, described by its development team, Small Island Games, as a “magical realist adventure game which allows players to inhabit intricately composed landscapes that celebrate Japanese woodblock traditions, and explore the transformative tricks of perception contained within the formal constraints of haiku poetry”.

Small Island Games consists of two members, Ceri Williams who hails from the island of Ynys Môn in North Wales, and James Morgan from Jersey. They met while studying architecture and their shared passion for ukiyo-e led to their work together on Haiku Adventure along with a couple of talented friends: architect and independent researcher Amy Butt composes the haiku poetry and supporting dialogue, while award-winning percussionist and composer Louise Duggan is creating the original game soundtrack. 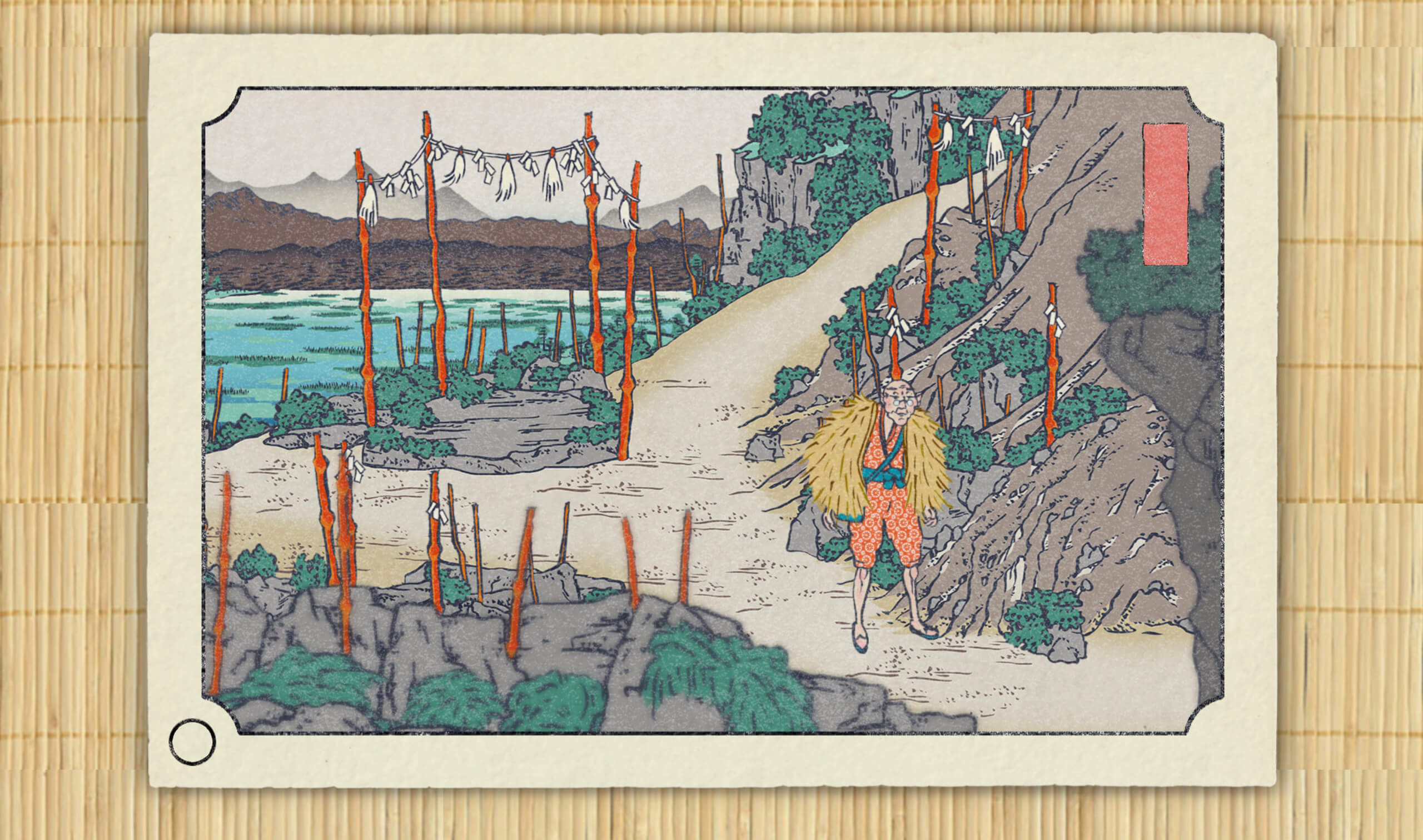 This beautiful game brings to life a genre of Japanese art from the Tokugawa era known as ukiyo-e, “pictures of the floating world”. Admittedly, it’s a genre that’s very close to my heart, which explains why I exploded at the sight of the game’s stand in the Leftfield Collection, which included a small rubber-stamping station where you could take away your own DIY print of a mountain, mimicking the layered process of creating an ukiyo-e print.

Players explore the game’s beautifully illustrated landscapes to draw inspiration for phrases. These phrases must then be organised into a strict 5-7-5 syllable haiku to resolve situations such as calming a river or resolving a dispute amongst a flock of birds. This brought to mind Lost Words by Sketchbook Games, wherein players progress through the game with the power of words.

The collected phrases are stored in a simple organisation system whereupon the player can join them up in rows of three. When the correct row of lines is aligned, an icon is activated which signals that a haiku is ready to be spoken. Once spoken, the phrases disappear, the haiku’s magic having been activated. One item in the gameplay that amused me was how hands (that have been photographed) would pop up to write the phrases; that little human touch made this point-and-click feel a little more personal. 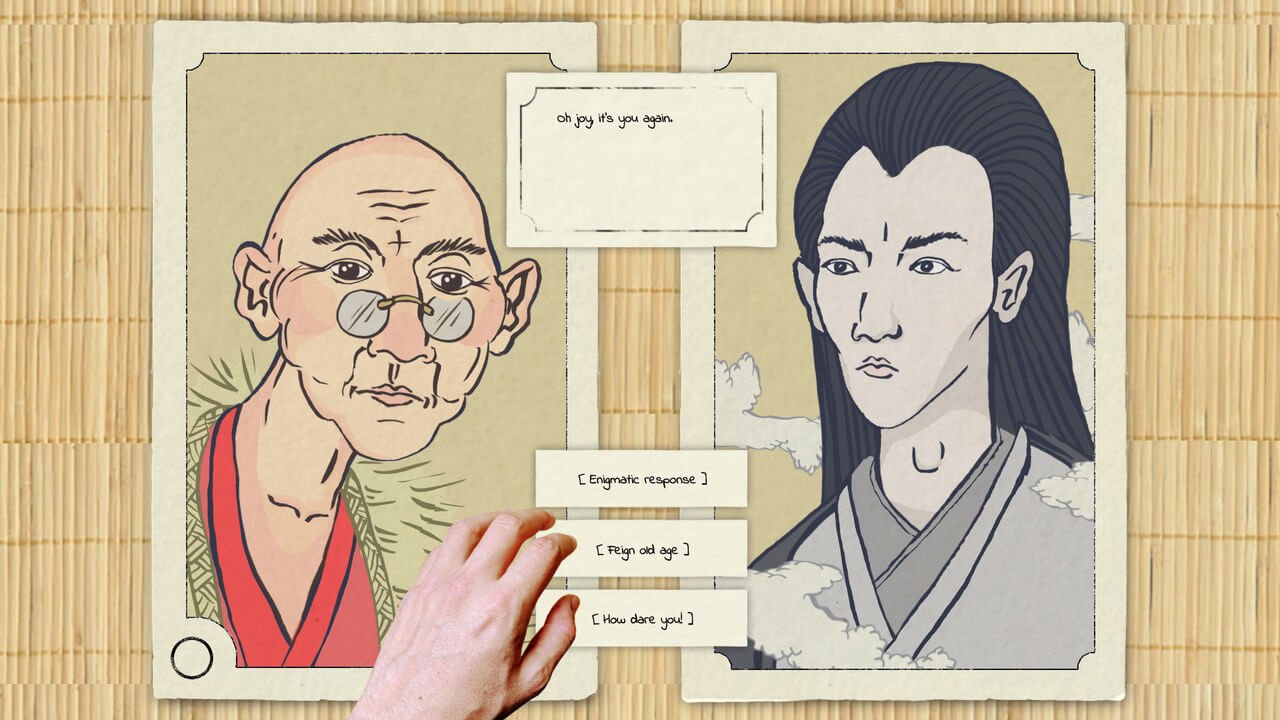 Very early on in Haiku Adventure it’s easy to see the high level of detail and attention paid to the game’s aesthetics — it is a delightful tribute to the art genre itself. Ceri and James shared with me that the game’s very concept was inspired by an appreciation for ukiyo-e. It’s clear that a lot of thought and research went into the game’s development; the first meet-up to discuss the game was at an exhibition of Japanese art at the William Morris Gallery in April 2017 and the initial discussion for the game took place after Ceri shared some sketch ideas with James.

This was followed by visits to several exhibitions including “Hokusai beyond the Great Wave” at the British Museum. In addition, they found the V&A to be an invaluable resource and visited the Prints and Drawings Room numerous times to study ukiyo-e prints up close, while also drawing inspiration from an online archive. In 2017, Ceri visited Japan and was able to have a go at woodblock printing himself at the Mokuhankan print workshop in Tokyo in order to better understand the process. He was also able to speak at length with David Bull, the woodblock carver of the fantastic Ukiyo-e Heroes series of prints. 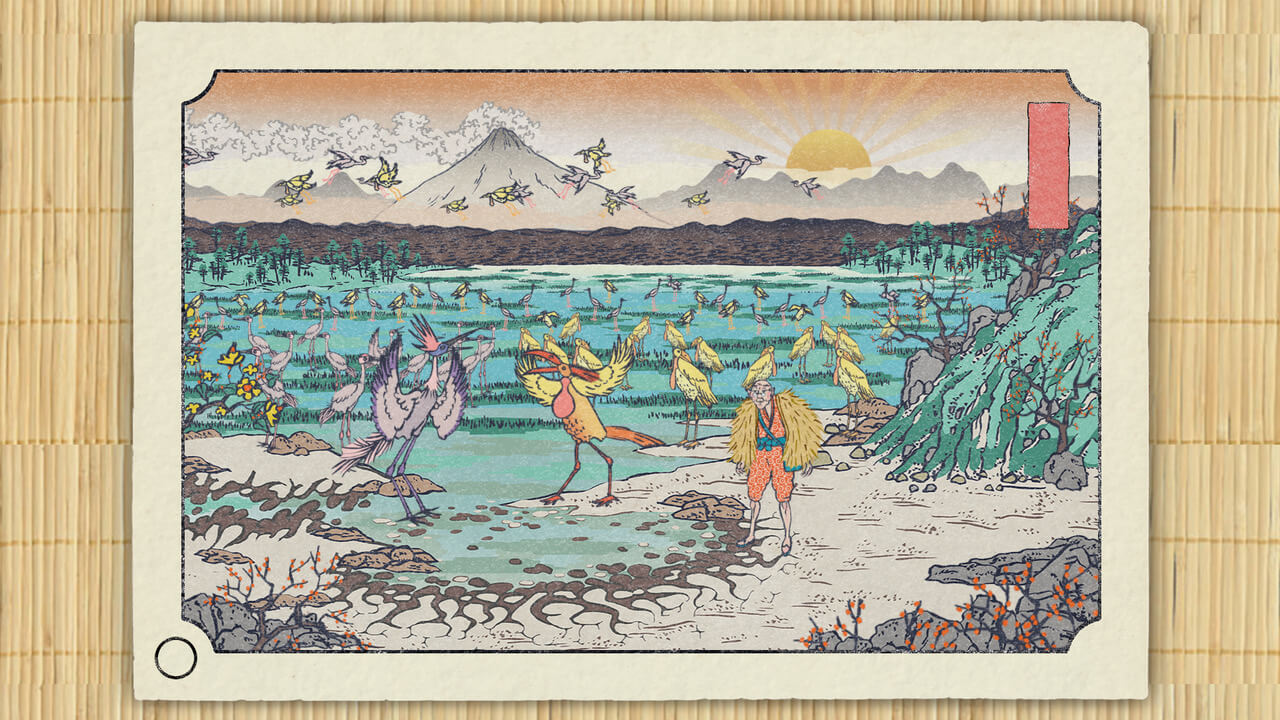 Ceri shared, “We’re still very early on developing the art style. However, we’d like to try and better capture the amazing qualities of layered ink and wood-grain textures evident in the originals. Now that the Rezzed ‘concept demo’ is complete, we’re revisiting the art style to work at it in more detail and make updates before moving on to final production”.

Alongside research into ukiyo-e, the developers have been reading up on haiku theory. “As two British developers making a game heavily influenced by Japan, we feel it’s important to carry on learning and not take any assumptions for granted. We’re speaking to friends from Japan about joining us for development workshops at key points while the game progresses to act as consultants and translators. So far, we’ve had some great encouragement that the themes we’re looking at can be done in a way that both re-contextualises them in a story-driven adventure game and stays sensitive to their roots”, said Ceri.

Haiku Adventure is anticipated to be released in Q4 2018 for PC and Mobile. If you love point-and-click adventures where the magical is juxtaposed with the mundane, keep an eye on the developer’s Twitter feed for more news.