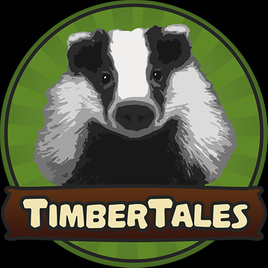 It’s insects vs forest creatures as they battle for control over a variety of maps in several campaigns and challenge modes.

I really like the fact that you pick your army make up before deployment, like TBT war titles, as well as the game having each creature specialised within a role – meaning that on whichever campaign you play second you’ll be fully aware of the enemy capabilities as they encroach on you.

It’s extremely clear that the developer is a fan of hex based war games, and has attempted to make the -notoriously tough to approach- game type a lot more accessible with brighter maps and more humble units.

Although I must confess, one of the main reasons it worked it’s way onto my list of games to cover was due to the immediate connotations of Animals of Farthingwood; a tv show that haunted my childhood, and was essentially woodland creatures meets The Walking Dead. Goodness.

Timber Tales is due out in the fourth quarter of this year for PC, Mac & Linux.