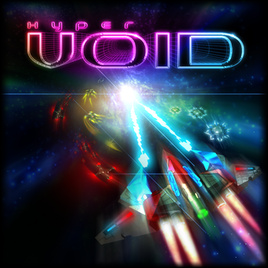 A psychedelic, space shooter where you boost through space dodging obstacles and returning fire.

The visuals and audio of the game (I’ve played it on PS3) are absolutely perfect for this type of game, and the ‘Hyper’ speed certainly livens up the game and ramps up the difficulty. Each of the levels are a decent enough length, and there’s 29 in total which -depending on the price- is a lot better value for money than most of the procedural entries in the genre, and a lot of it’s shorter contemporaries.

Hyper Void is set to release on Windows PC in early 2017. It’s already available on Xbox One, PS3 & PS4.