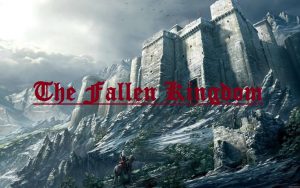 A non-linear, open-world RPG set in medieval Bulgaria, with a dynamic world, massive scale battles, and a deep rooted conspiracy to overthrow the nobles; with the player being the tipping stone in that decisive plot.

The game looks set to combine the large scale, angle & momentum based combat of Mount & Blade with the open world styling of the Elder Scrolls series. Where Mount & Blade operates on instances, The Fallen Kingdom is open to ramble, and rumble, through. Where Elder Scrolls games regularly lack the ability for the player to affect and shape the world, The Fallen Kingdom allows you to build buildings, and engage in large scale, event driven battles.

The game also features the ability to craft your own weapons, armour & potions alongside those settlements you can build.

There’s a lot of details available on the current plans for the game over on the Greenlight Page, if you are even slightly intrigued by the game as it stands I highly recommend that you read further there.