Sometimes, it feels like developers create games designed for other game developers. Game Jam is one of these games, as it’s all about creating a game and then pitching that game idea without having your studio go bust. This is done through a Poker-style combination of cards.

To start, each player is given three cards. In front of you, you will end up having three rows of four cards, which are going to make up your individual games. There is a card which lets you know what these three rows mean — as they each have a different effect on your game. You also get a hand of development cards, which can help you get out of a tough situation. 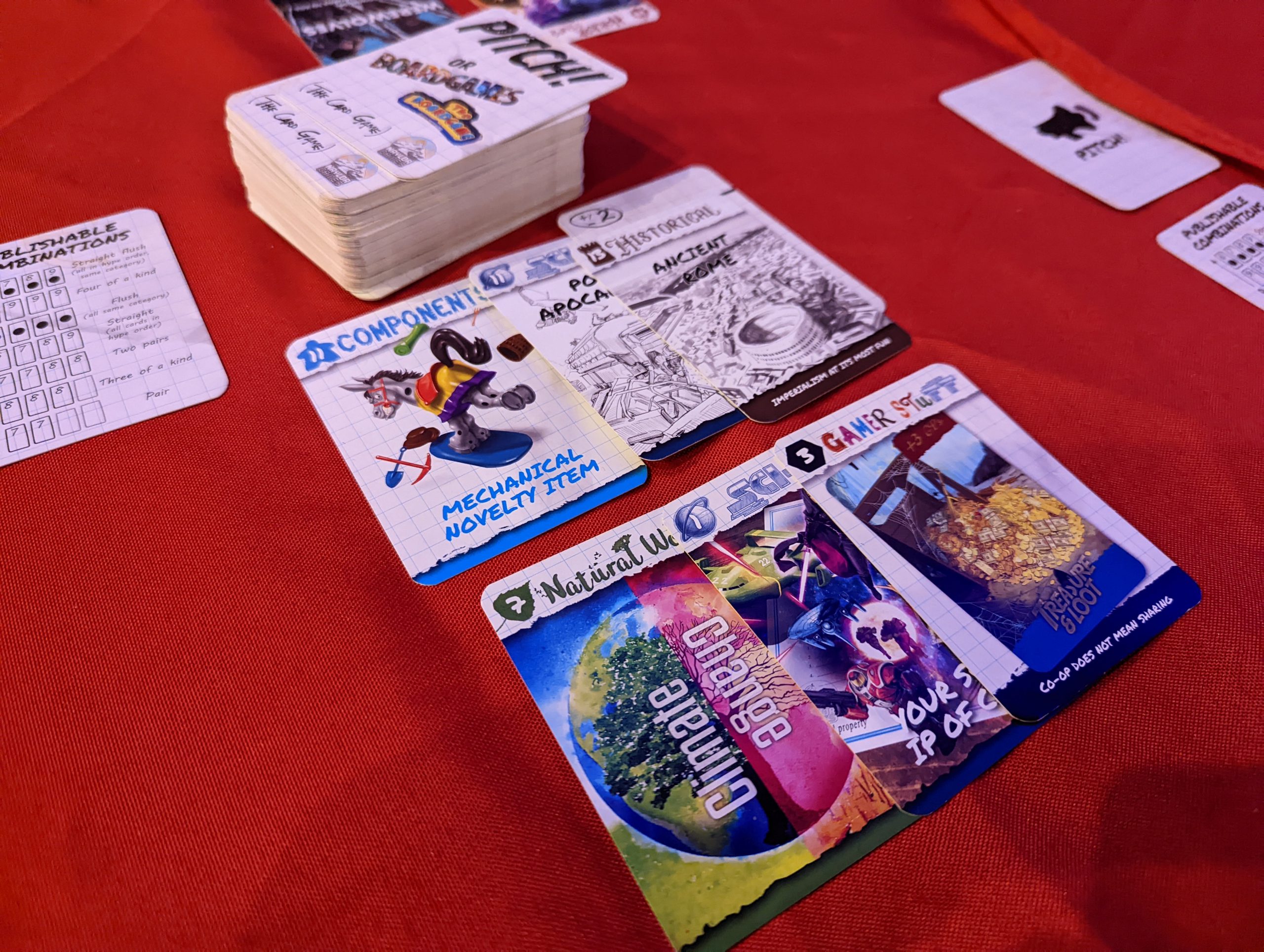 On your turn, you will place down two cards, face down, in the rows that you choose. You will then discard your other card in your own personal discard pile. You can place any development cards you wish. Then, everyone will flip their cards over, draw back up, and do another round. These cards that you end up placing can be quite wild, things like ‘wizards’,  ‘pen and paper RPG’, ‘trains’, and complex tokens can all end up in a row —- and that’s what makes up your game. 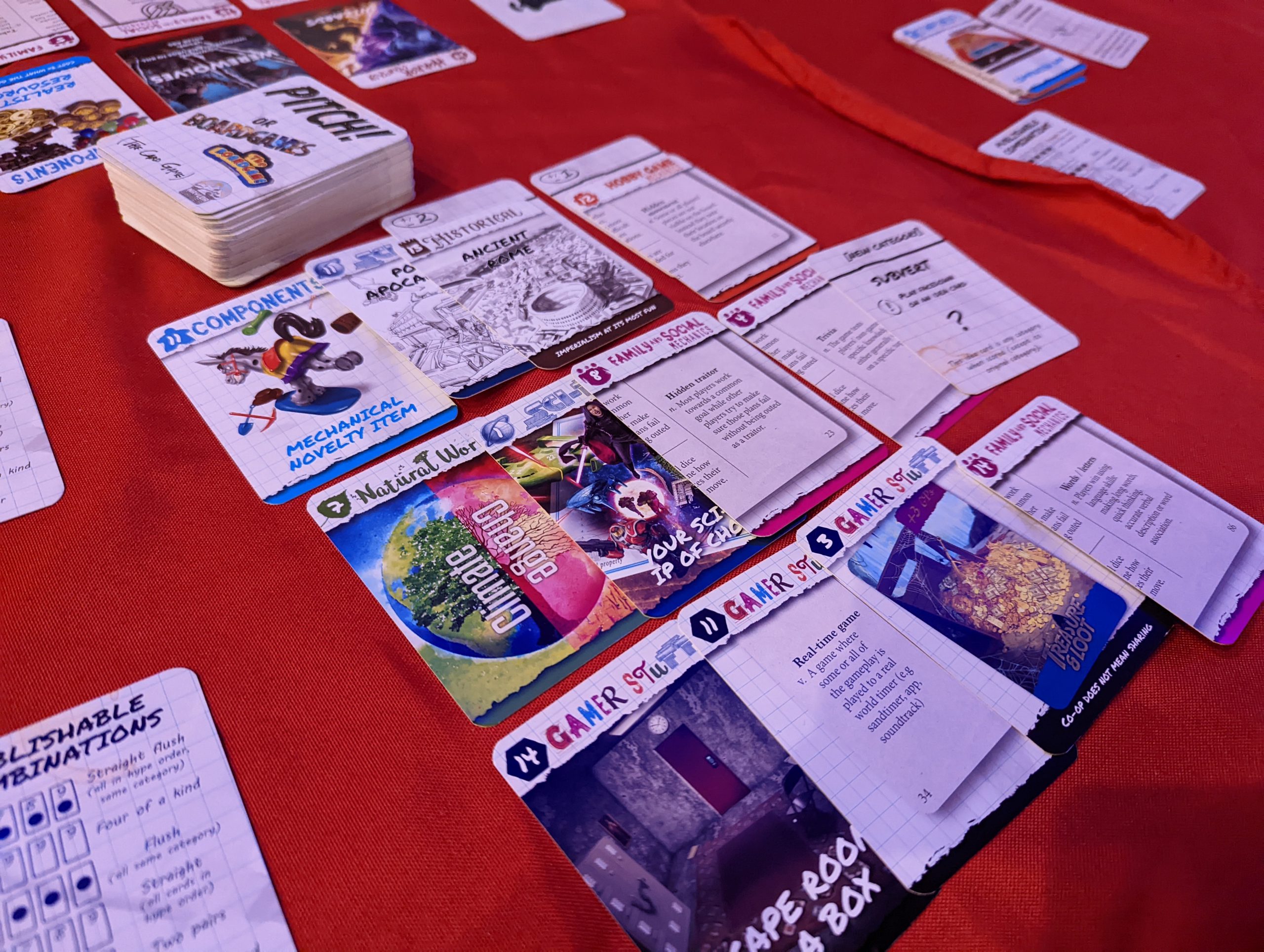 Your goal is to have made the most money without going bust, as different combinations of cards are worth different amounts, but there are points in the game when you need to pitch your game idea, and the other players need to vote on who has the best pitch. A card with some tips on pitching is included, which can be helpful! Game Jam is one of those board games that can actually help you gain the skill of pitching, as you will need to quickly string together some ideas to make sense and pitch to other players who are around you. 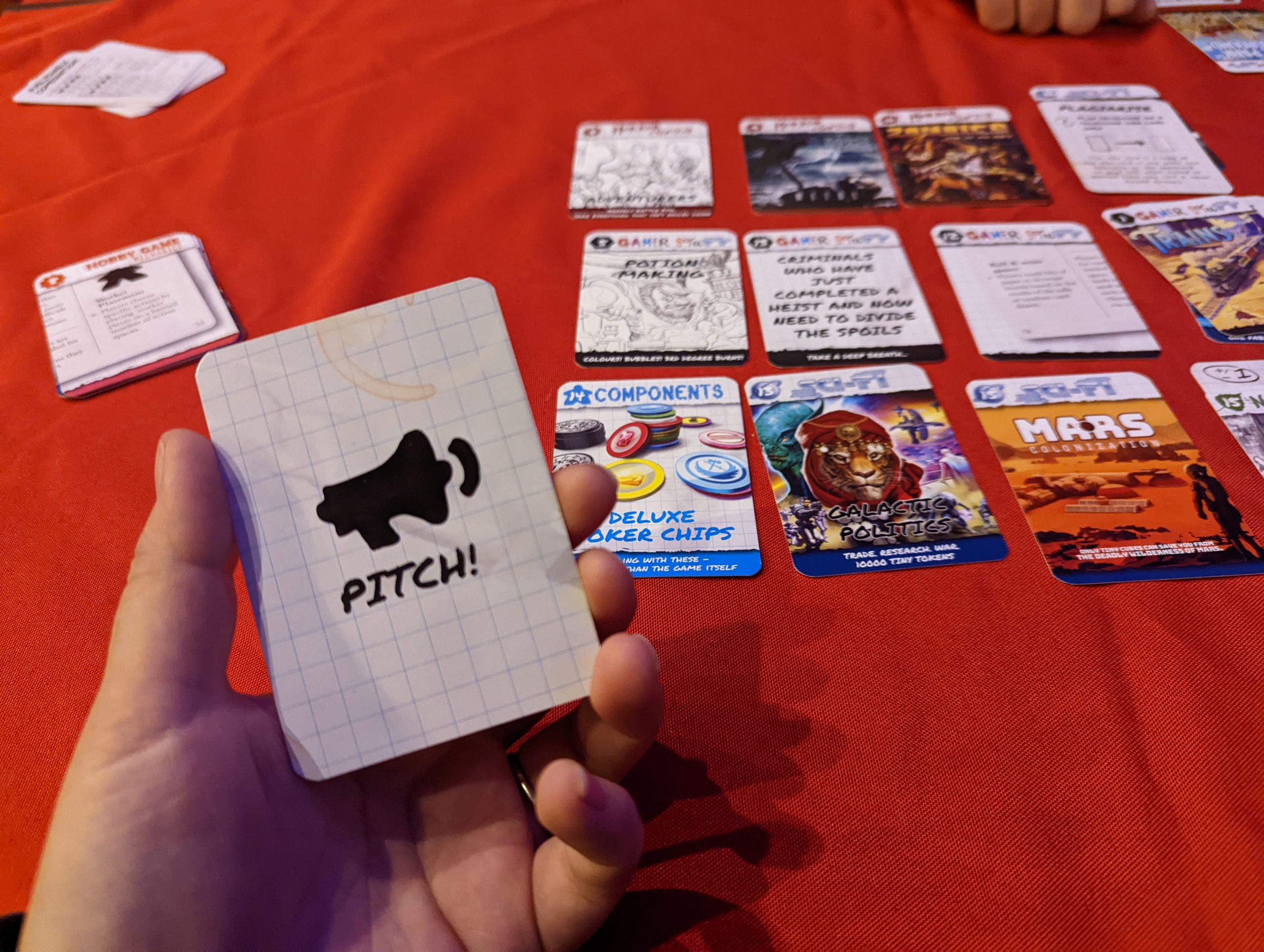 Development cards, as previously mentioned, will give you points at the end of you do not use them, but I found it best to wait until the end of the game and then play as many as I can to not go bust. It is so easy to lose track of which row is your best row, which can easily make you lose your entire company. So, having development cards when you are on your last hand can help you change the cards you place, but adding a one or two to the number on them, switching around cards within your studio or even copying someone else’s cards to make up yours. It’s really hard to tell who is winning in Game Jam, and you end up just watching your own cards. The different combinations to create the games at the end are very funny too, making for quite the entertaining game. 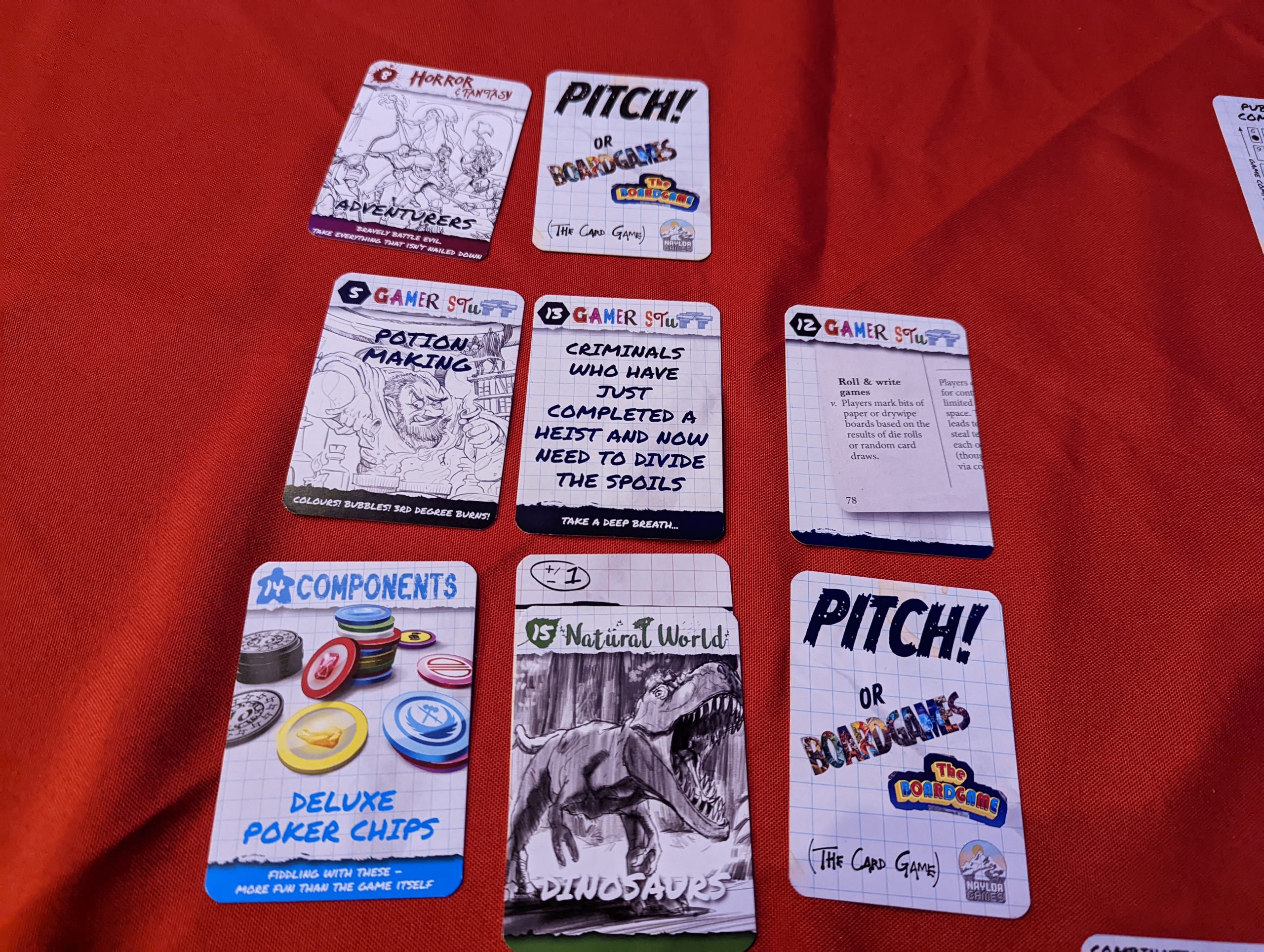 We got the chance to play the demo of Game Jam at Tabletop Gaming Live, which is coming to Kickstarter soon. For now, you can subscribe to the game’s newsletter to hear about it when it hits Kickstarter.