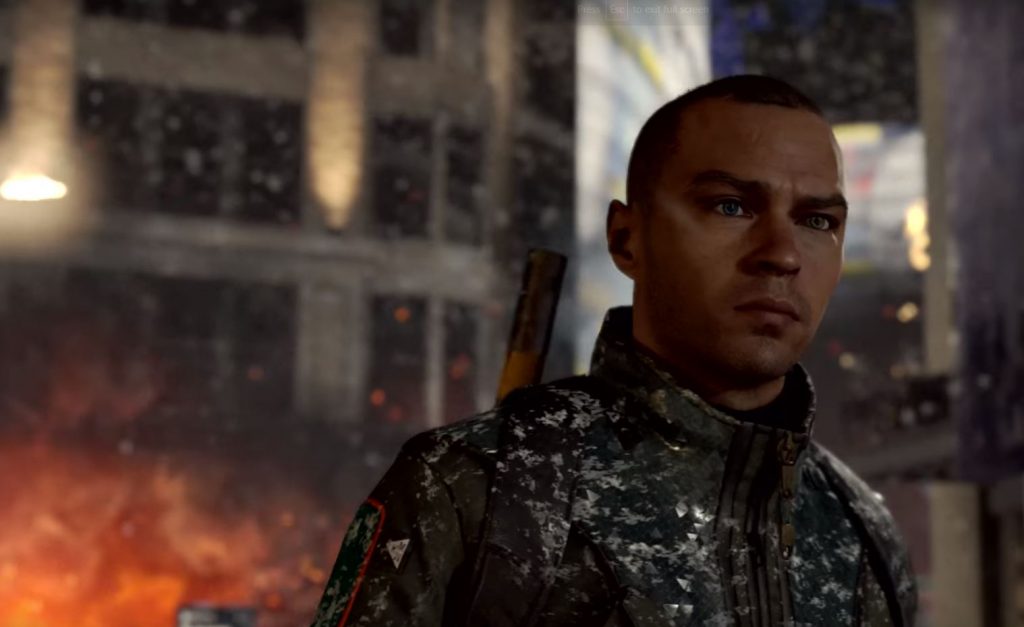 Quantic Dreams’ next title, Detroit: Become Human, had a further five minutes of footage shown off on the Playstation stage at this year’s E3 conferences. This time focusing on a new playable character, Markus.

Detrioit: Become Human follows the story of multiple Android characters in a not-so-distant future where mankind has created tens of thousands of robotic beings to replace the majority of the workforce; from singers, to workers, to teachers.

However, as we saw in QD’s Kara trailer -before the project was even set to become a game- back in 2012, the androids are starting to become sentient, and feel emotion. In 2015, with the game’s official announcement trailer we saw that Kara was free, and that other androids were becoming aware of how she was different. E3 2016’s trailer introduced a second playable android in Connor, who is a high-risk negotiator who doesn’t seem entirely phased that the hostage-taker is a rogue androids, inferring that the likes of Kara might not be that uncommon – however, the high level of dismissal he was receiving from the police contact certainly indicated that nobody is particularly scared, or respectful of the androids.

The Markus trailer, visible below, further throws the fate of androids in society into question, with his anti-ownership campaign being shown as spiralling to violent protest, or crude mass-activation and liberation of unpurchased androids.

Detroit: Become Human seems to get more and more interesting with each additional trailer; Markus’ story clearly indicating a society that is too willing to divide sentient beings by how, or where they are created. That said, there could still be more characters to be announced, and we’re definitely not sure of any sweeping arcs in the story – after all, Quantic Dream’s studio head has gone on record saying that every single one of the characters can die and be written out of the story while players are making choices, and if that’s the case then no single character can drive the story arc.

Detroit: Become Human is currently in development exclusively for the PS4, we do not -as of yet- have a rough release date for the game.