Mixing real time strategy and colony management, The Dwarves of Glistenveld follows the story of dwarves turned refugee after goblins rolled into town and smashed everything up.

For all the jet-setting that the B3 team has been partaking in for the benefit of our readership, it was in some of the events closer to home — Rapture (2) in Colchester and Game Anglia in Ipswich — that we stumbled across The Dwarves of Glistenveld, a promising title which distils the economic structuring of village/town management titles like The Settlers, Stronghold or, more recently, Valhalla Hills, into a purer game of strategy.

If you’ve not heard of Valhalla Hills, you can read our review of it here. 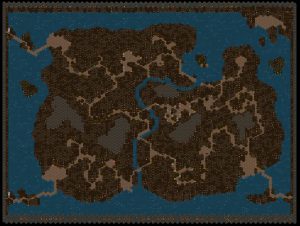 Even the largest map size in the game is generated to include a mass of starting caverns, each interconnected through generated paths — theoretically each group on the map can simply walk to one another with minimal mining. This means that even the most extensive maps, where players start at opposite ends of a chain of rooms, could see relatively short plays should one group instantly re-class (more on that in a second) to warriors and go on the offensive.

The final game, which will feature a campaign of fifty pre-fab maps, full modding support and an interesting-sounding tech-tree, will have both goblins and dwarves able to create traps and towers. This is something the game’s programmer — Perry Monschau — compared to tower defence, although with the current traps: broken stone (which functions like caltrops) and a pressure-pad-style trap rigged up to a ballista, the game certainly sounds more like a modern colony sim (hello Rimworld’s snaking corridors of turrets and bear traps) than a tower defence title in my mind. 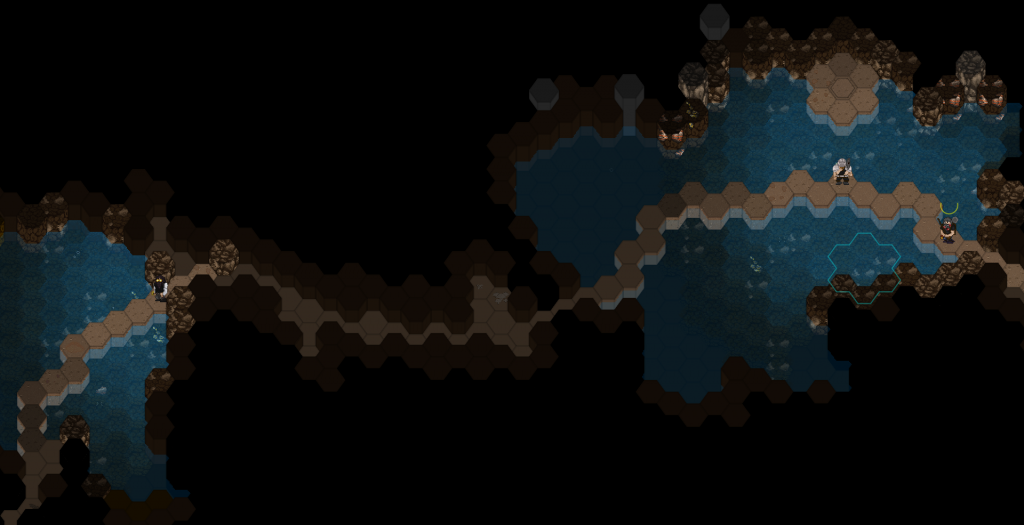 My time with The Dwarves of Glistenveld was spent playing a variety of skirmish maps, each generated by the game’s map generation system. This level generation uses a series of clever checks to not only create the previously mentioned starting caverns, but also place the waterways which flow through the caverns of the underground. It distributes roots, which serve as the earliest building resources in the game, based around those snaking waterways. Various forms of sustenance litter the interconnected caverns that the generation carves out, with rabbits and mushrooms, as well as the fish of the river, serving as food for both of the game’s races and a resource for bringing new units into the game.

New units don’t gobble up food, per se, instead requiring certain recipes to be spent from storage areas (currently storage areas are painted across the map, much as mining and foraging are painted) in order to summon a new unit from a claimed water spring. Each dwarf or goblin starts with a class — focused on either mining, fighting, crafting or foraging — which can be reassigned at the central point of your base. This central point, a monument for the dwarves, not only serves as the place to change classes, though: it is also, in short, a kill switch for your units, their souls bound through that to the rocks around them. 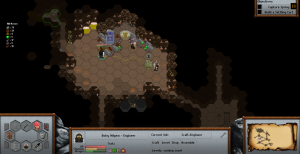 So I suppose it makes sense to finally get to what I imagine most may think would be a key element of the game, since it is about dwarves: mining. The game world doesn’t have any vertical layers, so there’s no digging under or over things, however rivers run lower than the ground, so you can build bridges over them, and the walls obviously block the map out. Each wall tile can be mined out, which gives you resources you can use for research and building defences. Nothing spectacular in that, of course. What it is though, is very useful on a tactical level. Bridging over a river, and mining through walls, can give you enough of an edge on an enemy encampment that you can sneak around their traps, smash their food supplies and utterly scatter them.

I was impressed with what I got to play of the game, and especially the attitude of the team to feedback from the public, especially as, as far as I could tell, Rapture had been the first public outing for the game. In the week between seeing them there and at Game Anglia, they had already implemented a few changes based on feedback, like stripping out the tutorial and instead having giant, bobbing arrows guide the player through the earliest motions of play; Extremely impressive considering they have custom built the engine, something which I (probably erroneously) normally assume makes sweeping changes tougher. 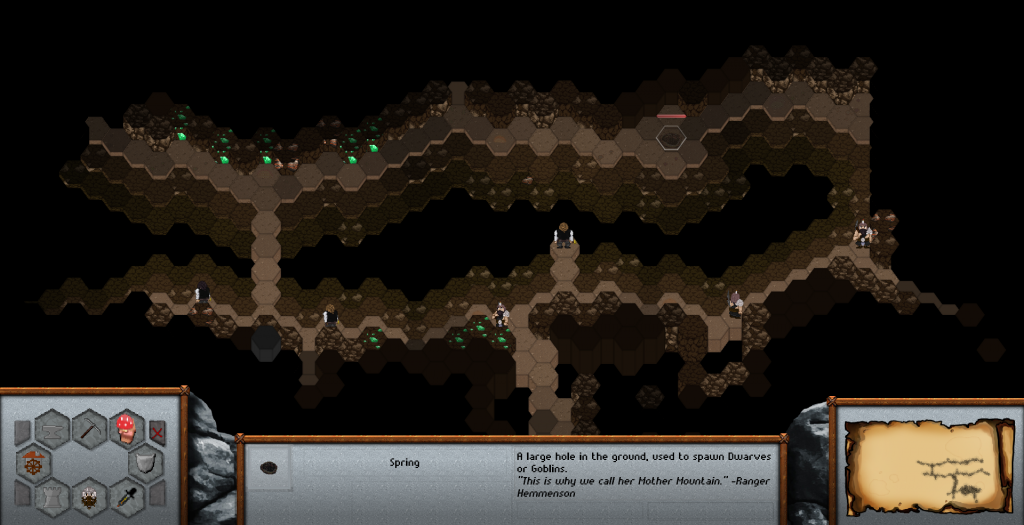 There’s no launch window planned for The Dwarves of Glistenveld, and although the game is currently in a playable state it is still deemed as alpha due to the lack of technology progression and campaign mode. Regardless of this, it’s a game to keep an eye out for, and we’ll certainly be writing about it again as development continues. The developers, Nysko Games, currently run a newsletter from their website, which you can find here.