Dead End Job, the next title from Edinburgh outfit Ant Workshop (Binaries, Run from the Sun) was on show at the recent EGX Rezzed event at London’s Tobacco Docks. We managed to get a little bit of background on the recently-announced roguelike, as well as some hands-on time. 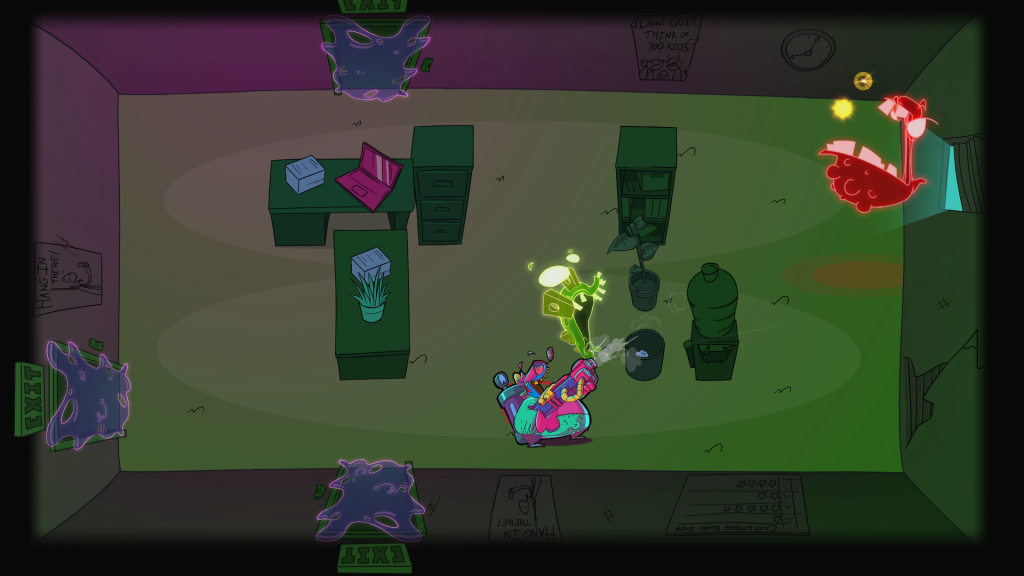 As with Binaries, the last title from the developer, it’s clear that Ant Workshop are willing to put in the work to make their games stand out from other titles in the genre; Binaries added a joking narrative into a platformer where you control two characters simultaneously, and Dead End Job delivers similar twists on the traditional roguelike mix, and it does it with their hallmark sense of humour, as well as a rather nifty, Ren & Stimpy inspired, art style.

The game follows *Horace* as he contends for the employee of the week award (and various pointless job-titles) by clearing out procedurally laid-out office blocks filled with ghosts and ghoulies. The angled viewpoint, map-display, and requirement to clear the room before you proceed will remind many of Nicalis’ Binding of Issac, or select dungeons from SNES classic Legend of Zelda: Link to the Past. That said, the -somewhat clustered- office setting, and mechanics behind the character set the game apart almost as soon as you pick up the controller. 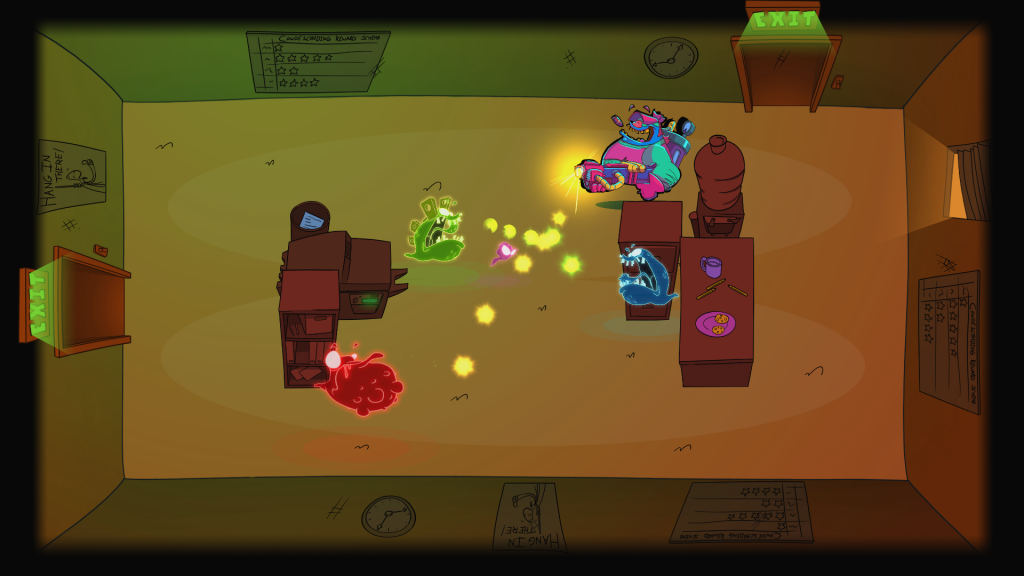 Mechanically, it’s a tug-of-war. The player is equipped with two different weapons. The first a traditional machine-gun style weapon that fires relatively slow moving bullets around nigh-infinitely as long as you don’t let it overheat. The second weapon is, by all intents and purposes, a spectre-sucker, a hoover for zipping up enemies who have been sufficiently damaged by the first weapon. If you can get them stunned and sucked up, life gets easier. If you fail to suck them up once they’re in that stunned state then they go nuts, making life a lot harder. This is something you really don’t want to be doing too often, as the game is already quite unforgiving due to a combination of the small room-size, and the large objects (and large protagonist) within them.

There was a decent variety of enemies in the early build that I played, including a mini-boss fight which would see me freeing a trapped human. Variety aside, they’re all pretty deadly until you start to learn their ways; as I said, movement options are limited and some of the enemies fire quite rapidly. The firing arc was also somewhat of an issue at the time, as the character could only aim at -maybe- the central 100 degrees on both their left and right. In a 2D platformer this would have been a pretty cool feature, however, in a game from this angle, with this little space it should really be as close to pure, twin-stick shooter as possible, with full 360 firing arcs. I did start getting use to it by the end of my play, however it had been a source of early frustration, and -simply- a major reason I’d failed the job on my first attempt.

[Note: Since writing this, and playing the early build, the developer has stated that they’re changing the firing angle to full 360] 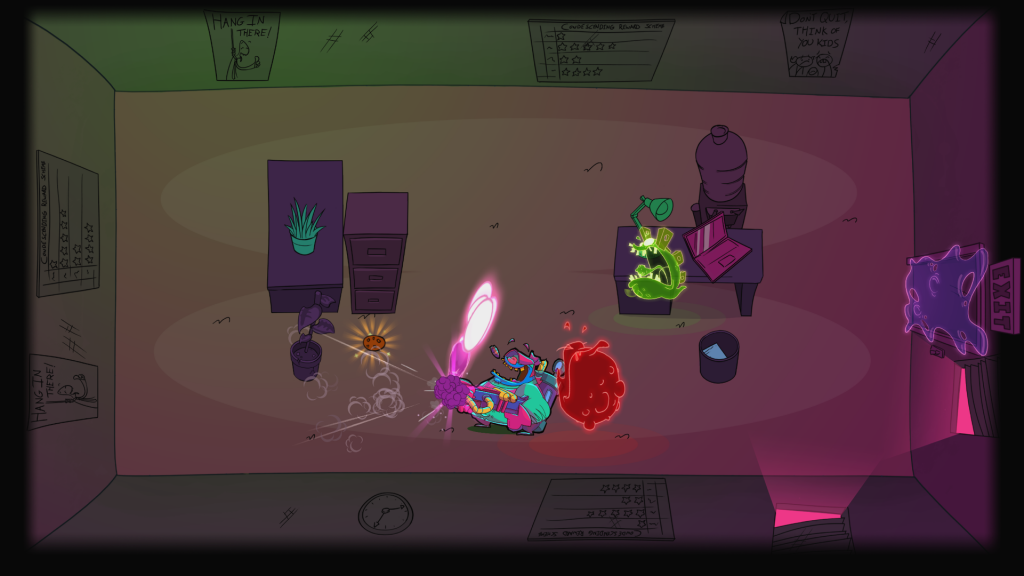 That said, death isn’t final in the game at all, although I suspect that the game’s perk system is slightly tied to continued deaths. The game’s perks come in several flavours, some positive, some negative, some a bit of both – you might find yourself doing more damage, but overheating faster, for instance. What’s very interesting is that Ant Workshop is intending to tie this into the game’s Twitch mode, with viewers able to vote on the next perk the player would have; it’s always good to see developers facilitate player/viewer interactions.

The build that was on show at the event was a very, very early one, with the intent of showcasing being more to gauge the audience and acquire feedback on the game. That said, I was impressed with the dungeon-crawler take on Ghostbusters, and although the room size, firing arc, and movement speeds did feel like they were working against me at the start, the game could turn out to be something exceptional with the right amount of content/depth, and a few finesses to those areas.

Dead End Job is currently planned for a release in 2018 for Xbox One, PS4, Windows & Mac.