Dude, Stop! features a full narrator that you might just love to make angry

Dude, Stop!, which originally started as a Ludum Dare 33 game, has since had a full release on Steam. Taking its original game-jam concept, its lets you complete simple and straightforward tasks incorrectly or correctly, depending on how you feel. All the while, a narrator continues talking to you or speaking out loud, judging every move you make. 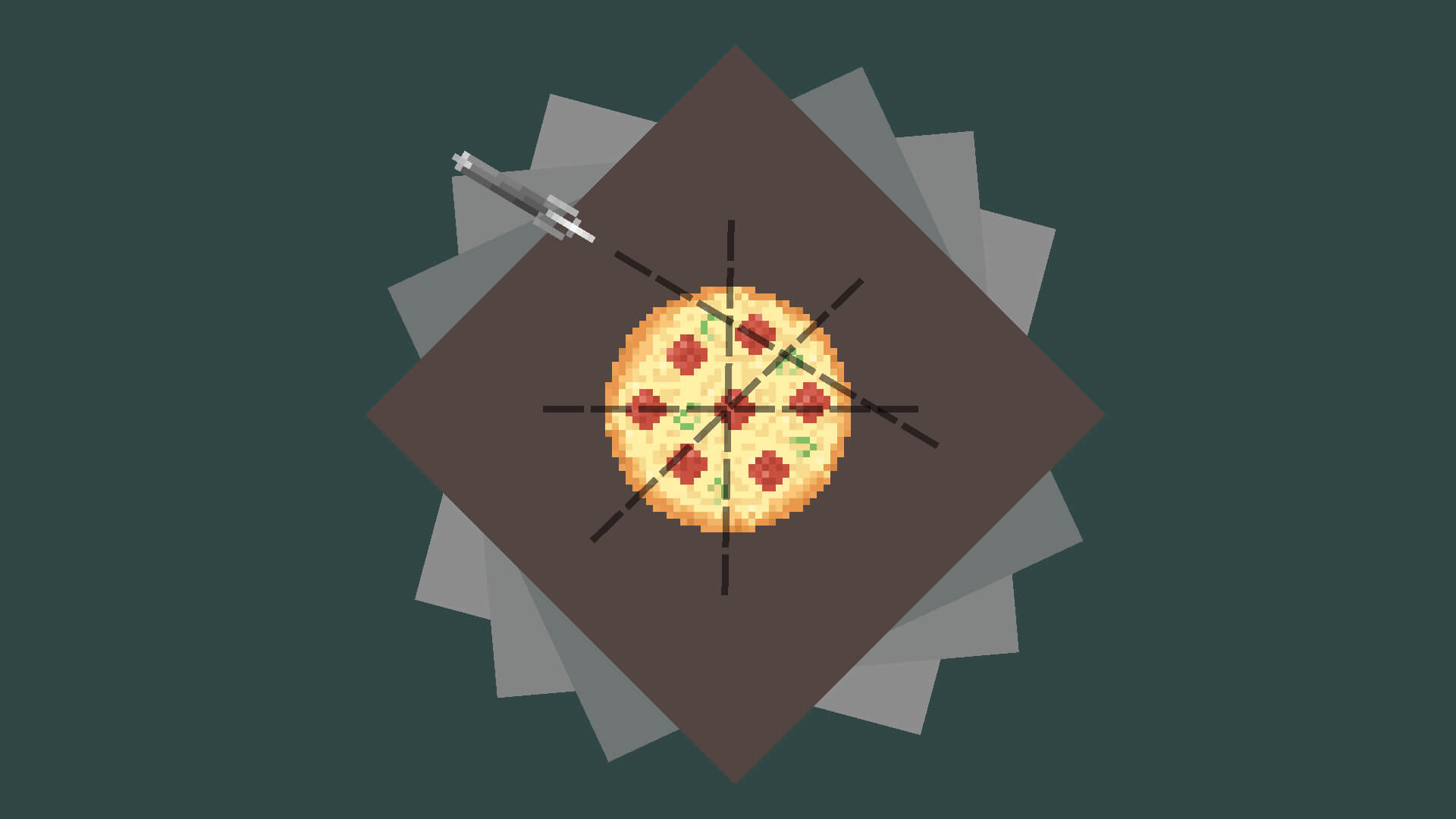 This narrator seems to have some sort of bet going on involving your ‘testing’. You’re unsure who this bet is with or what the finer details are, however you are free to do what you please in each test. I took the time to ruin everything the narrator wanted me to do, cutting pizzas incorrectly, not sorting candies and leaving Lego on the floor. As I did these tasks incorrectly, the narrator seemed to get more and more frustrated.

Their frustration increases, as does their sarcastic nature and the way they treated me — becoming frustrated beyond belief at decisions and feeling like I couldn’t get anything right. Then, at some point, the narrator stopped unlocking new stages for me, forcing me to go back and replay the previous stages as they had originally wanted. Now, with a much happier guide, I was able to continue in the game. 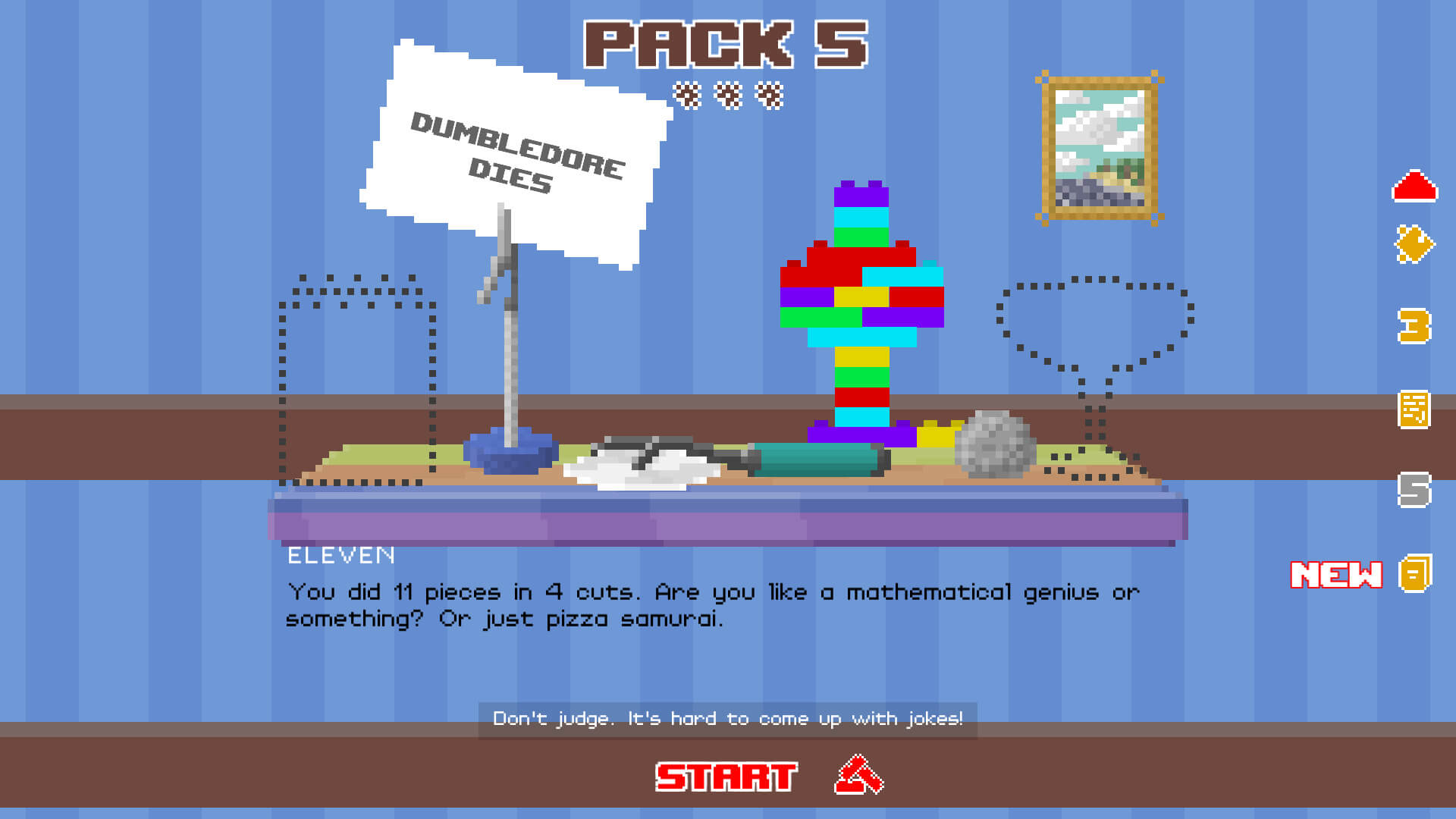 The various stages in Dude, Stop! have a number of levels for you to play, along with a shelf representing the level. If you do everything correctly, you get shiny items to put on your shelf, showing off how wonderful you are. If you continue to make the narrator miserable, on the other hand, you still get stuff to put on your shelf! They’re just less shiny and more crappy — these items reflect how the narrator feels as they lose the bet.

Shelves also have spaces for various objects unlocked via side quests. You can get a hint as to what you need to do by scrolling over the outline, though some super-secret shelf items don’t have an outline and rely on pure luck or creativity to find. 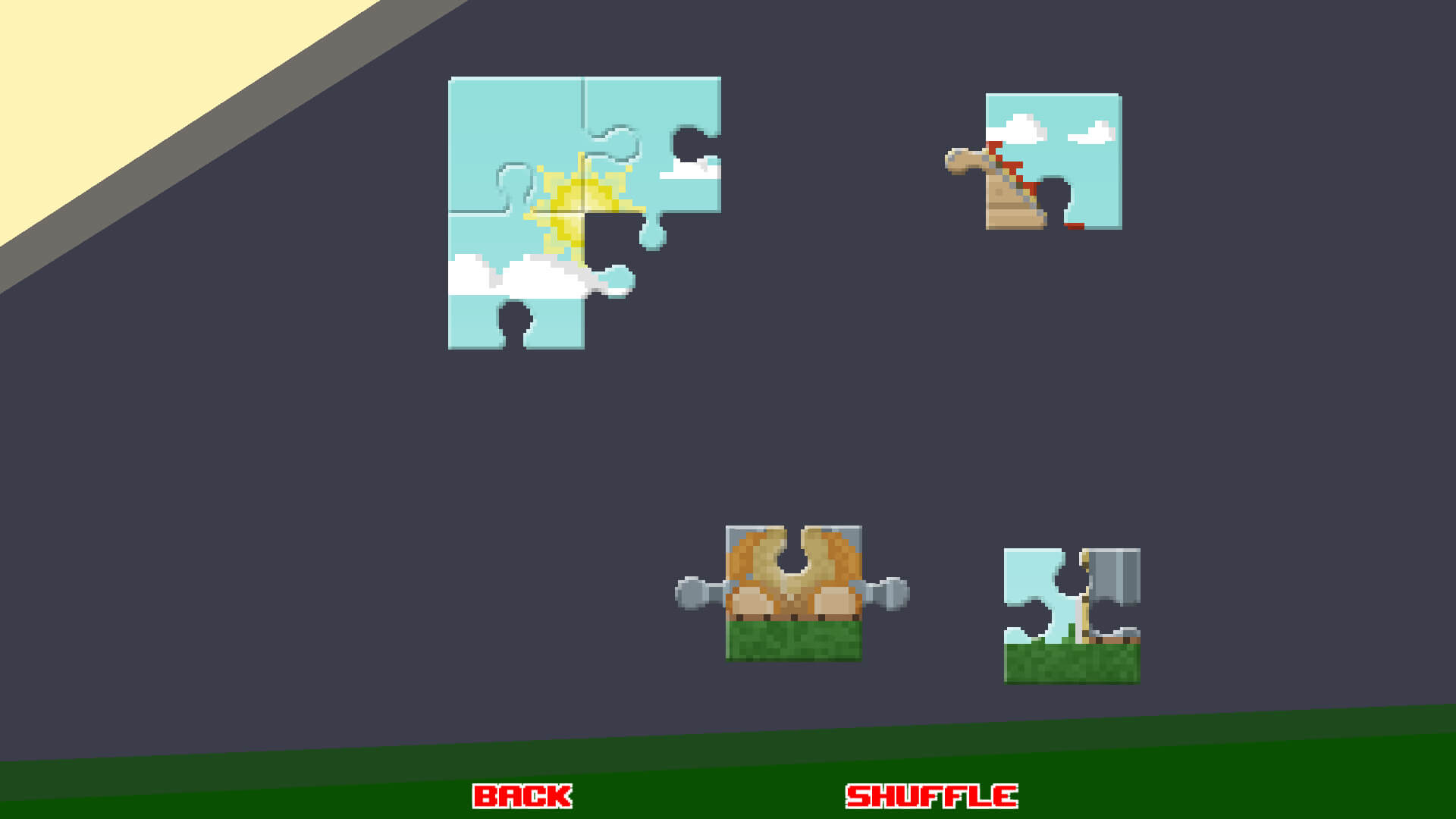 Along with the multiple objects to earn each level, the different stages have puzzle pieces randomly hidden within them. You can attempt to find all of these pieces to put together a puzzle, if you wish. The narrator doesn’t seem to care enough to comment on this part of the game, but I am sure they would be delighted with the completed puzzle once you find all the missing pieces. 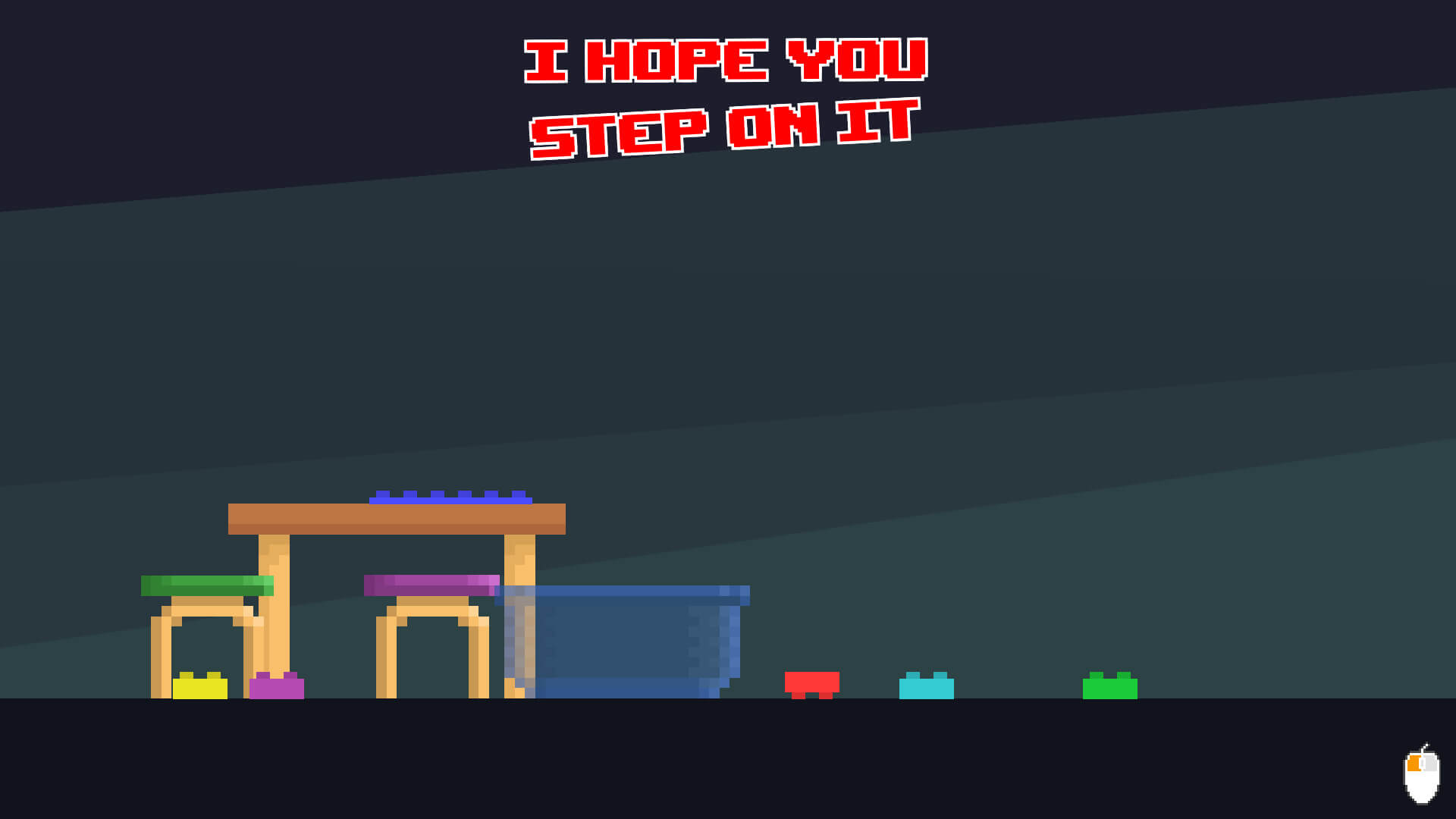 Listening to the narrator get more angry and frustrated as I continued to mess up the clearly perfect world they were trying to create was a real highlight in Dude, Stop! The voice acting and general feeling of the narrator is perfectly done — the whole game begs you to do stuff incorrectly and even rewards you with junk items to look at. Sure, the items you get for behaving are better, and you do need to behave to go forward, but you’re clearly meant to annoy the narrator as much as possible before bending to their whim.

Dude, Stop! is available now on PC, Mac and Linux.