Whether you’re sick of politics or not, Democracy 4’s Early Access is going well

With some of the political farce of the previous decade still very fresh in their minds, there are probably more than a fair few people tired of hearing the word Democracy being flung around. Democracy 4, and its predecessors, are a different deal however. A simulator which knots together the political spectrums, popular (and unpopular) policies and the unreliable, if predictable, almost tribalism of the public — it might be a salve for you if you think you can do better then Johnny Governer.

There are few games which make it to four entries, and normally by the time they’ve done it they hardly resemble the first title. 16 years on and there’s a surprising number of similarities between Democracy and Democracy 4 — which is currently in Early Access. The main reason for this is because the screen you’ll spend most of your time looking at is an exercise in user interface. It’s much better than previous games, mind, it resizes and twists and turns itself much better when you make decisions which lean heavily into one sector of governance, and that’s a blessing. 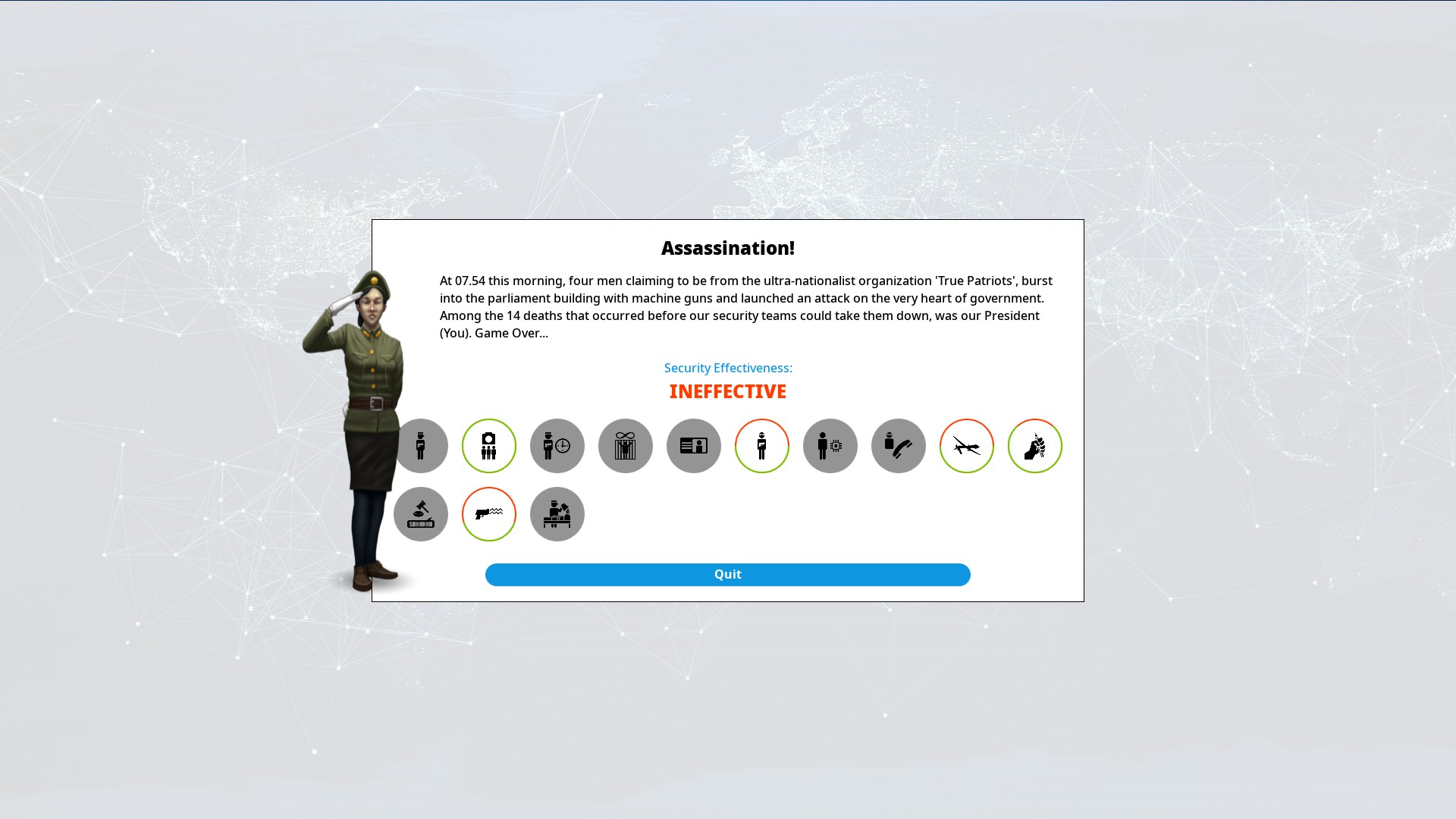 It’s a blessing because Democracy 4 is all about statistics, cause and effect, and spinning plates, so it is critically important that everything is readable. That definitely seems to have been a focus of the earliest stages of development because it’s already showing during Early Access.

For those who have played previous entries in the series, the list of the new features might seem quite slim at the moment, with the biggest additions being three-party systems (and, as such, coalitions), emergency powers and deepened media reports. However, those are included alongside a lot of the policies added in the previous game and its DLC, and alongside a mass of new policies based around some of the most discussed policies of recent years: Trans Rights, Police Bodie Cameras, Universal Basic Income and more. 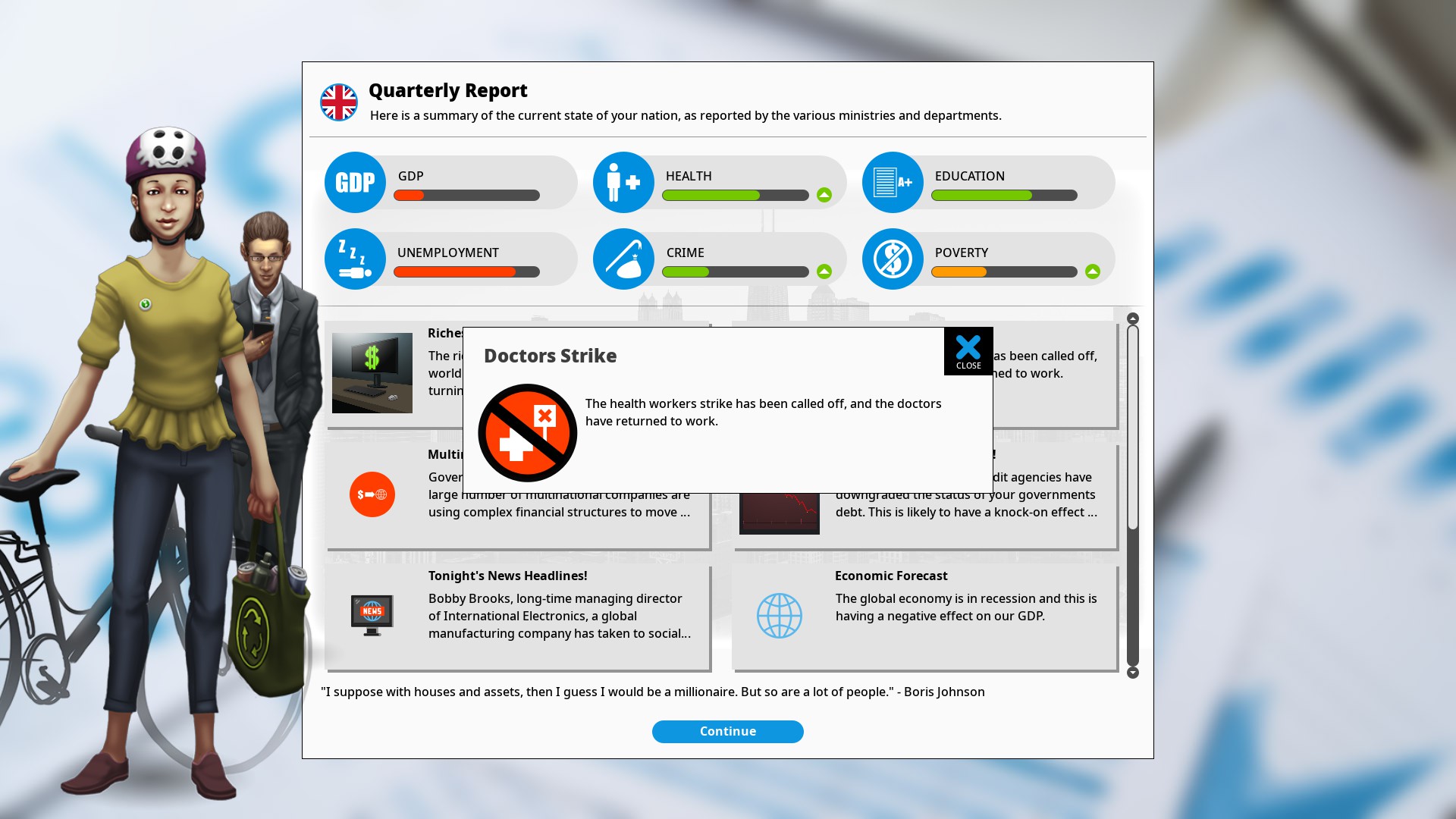 Of course, it is possible to try out all of these new policies, and you can – if determined enough – completely change the face of a country. However, it’s not ever easy. You’ll learn very quickly exactly how volatile the general populace is, and it does this by splitting the populace into a variety of incomes, beliefs, and more. Many of the political or ideological collectives also have their own versions of extremists – and that’s a real threat until you learn the pace of the game.

Every time I start playing Democracy after a break I run into the same problems, and this is no different in Democracy 4. I’m assassinated. It happens all the time. It’s the capitalists, you see. They’re really against me attempting to subsidise things, and, in the latest game, they’re also against me nationalising EVERYTHING. But, what they’re most against is how fast I move, and every time that speed happens for exactly the same reasons. 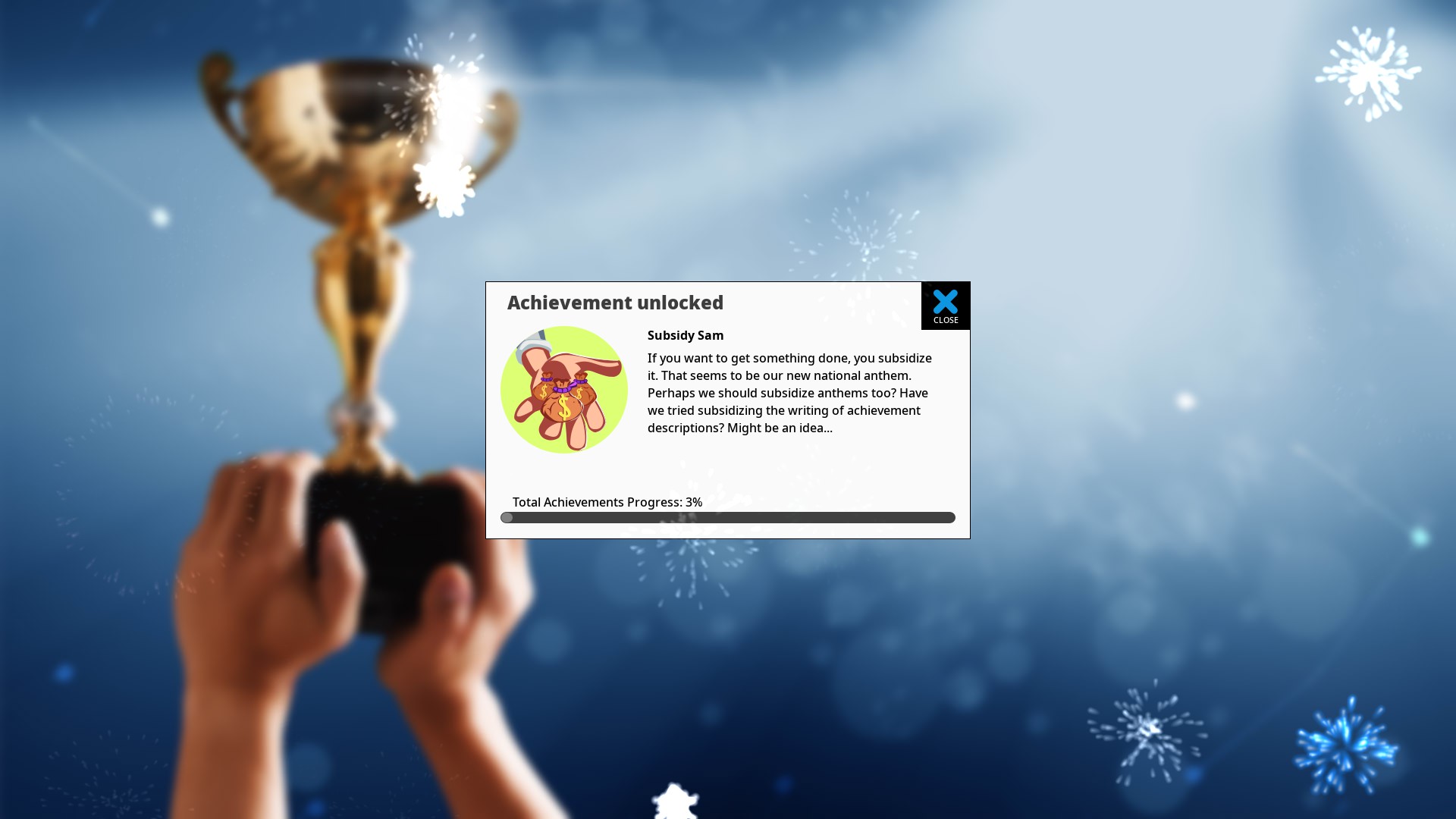 You receive a finite amount of political power each turn, this is based on the happiness and contentment of your cabinet. If you’re keeping their relevant populace happy then they’ll give more points, if you keep switching and swapping things around then they’ll lose contentment and you’ll end up moving towards a completely paralysed position. Every country has its own problems, and if you quickly move to quash them, piling on more and more policies and tweaking existing ones then you trigger a snowball effect. Policy changes, effectors and most elements of the game directly impact on others — increase the role of science but fail to provide jobs, you’ll suffer brain drain which will tank GNP, for instance. The faster you move, not letting things settle, and rushing ahead, then the faster you’ll summon the ire of the people you are working against, and before you realise it… it’s too late. Boom. Some millionaires had you shot because you were tanking their companies and they didn’t like it.

Once you get used to managing your pacing, and rather than rushing ideas through, instead focus on improving your popularity and drip-dropping reforms in, the pace steadies out well. I’m not sure what the percentage of players who bounce off the game is, but I’m pretty sure that the (s)urge to race forward in the first turn is probably the cause. 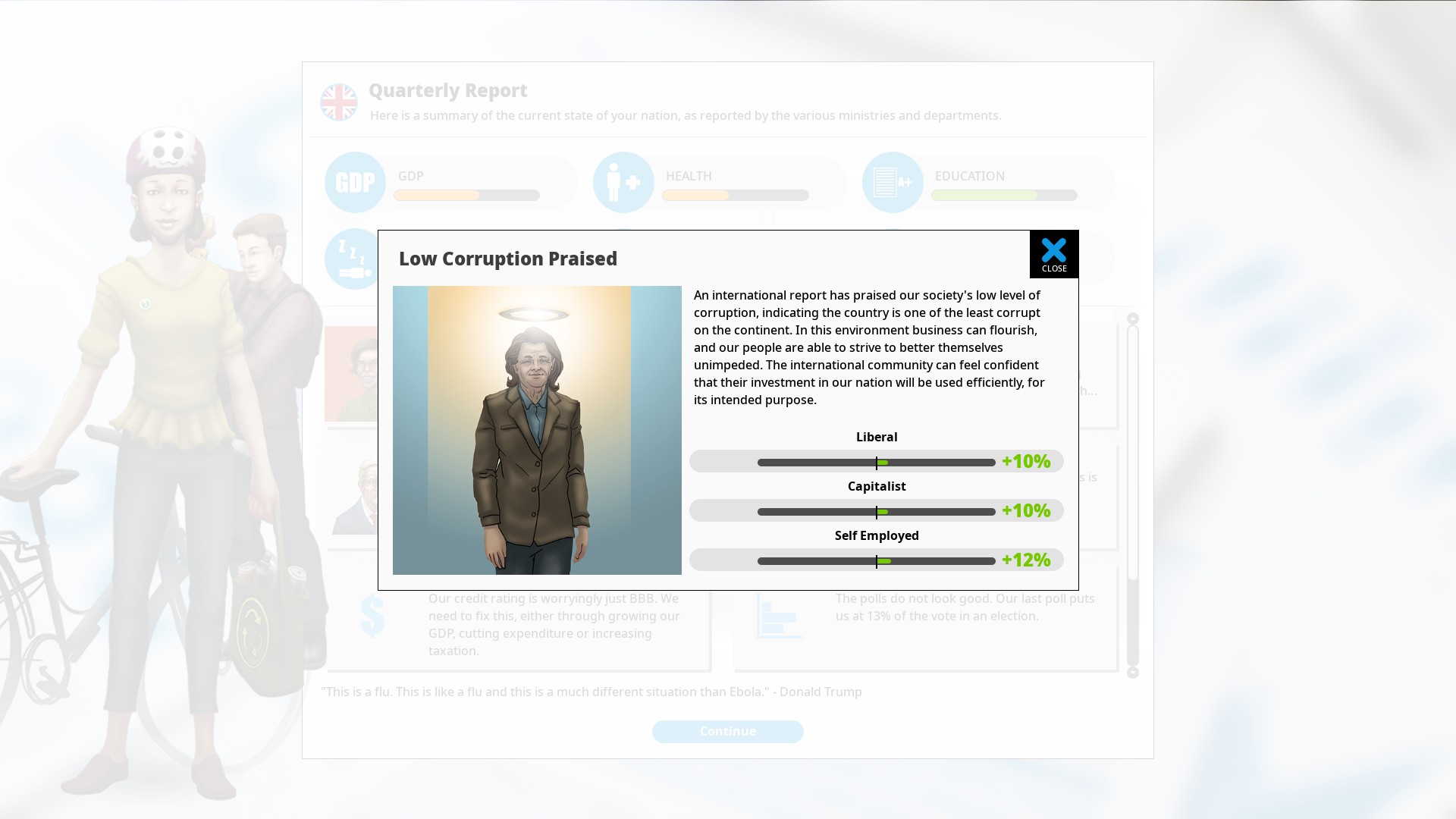 As a fan of Democracy 3, I can only recommend Democracy 4; Some of the new policies are fun to play with, the three-party system (once fully working) and the other planned features are very exciting too. For me, the most welcome change is in how the main screen looks, with taxes and policies swelling in size as they earn more money, something that I’m surprised has taken this long to include.

Democracy 4 is available now on PC, Mac and Linux in Early Access.