Crysis Remastered Trilogy is the great shooter you remember, with the spit and polish it deserves

Anyone that played a first-person shooter in the last ten or maybe fifteen years or so will surely have heard of Crysis. This is a game that is almost as famous for creating the meme “can It run Crysis” as it is for being an excellent first-person shooter in its own right. Console gamers have had to make do with scaled back versions of each of the games in this iconic series up until now, but thanks to the power of the Xbox One Series X and the PlayStation 5, that is no longer the case. Enter, Crysis Remastered Trilogy.

Featuring all three of the games in the Crysis series, Crysis Remastered Trilogy allows players to experience the whole story from start to finish. Beginning with the original Crysis, the series follows the story of Nomad and his commanding officer/mentor Prophet (along with a ragtag bunch of human allies) as they uncover the presence of an ancient extra-terrestrial threat to humanity. 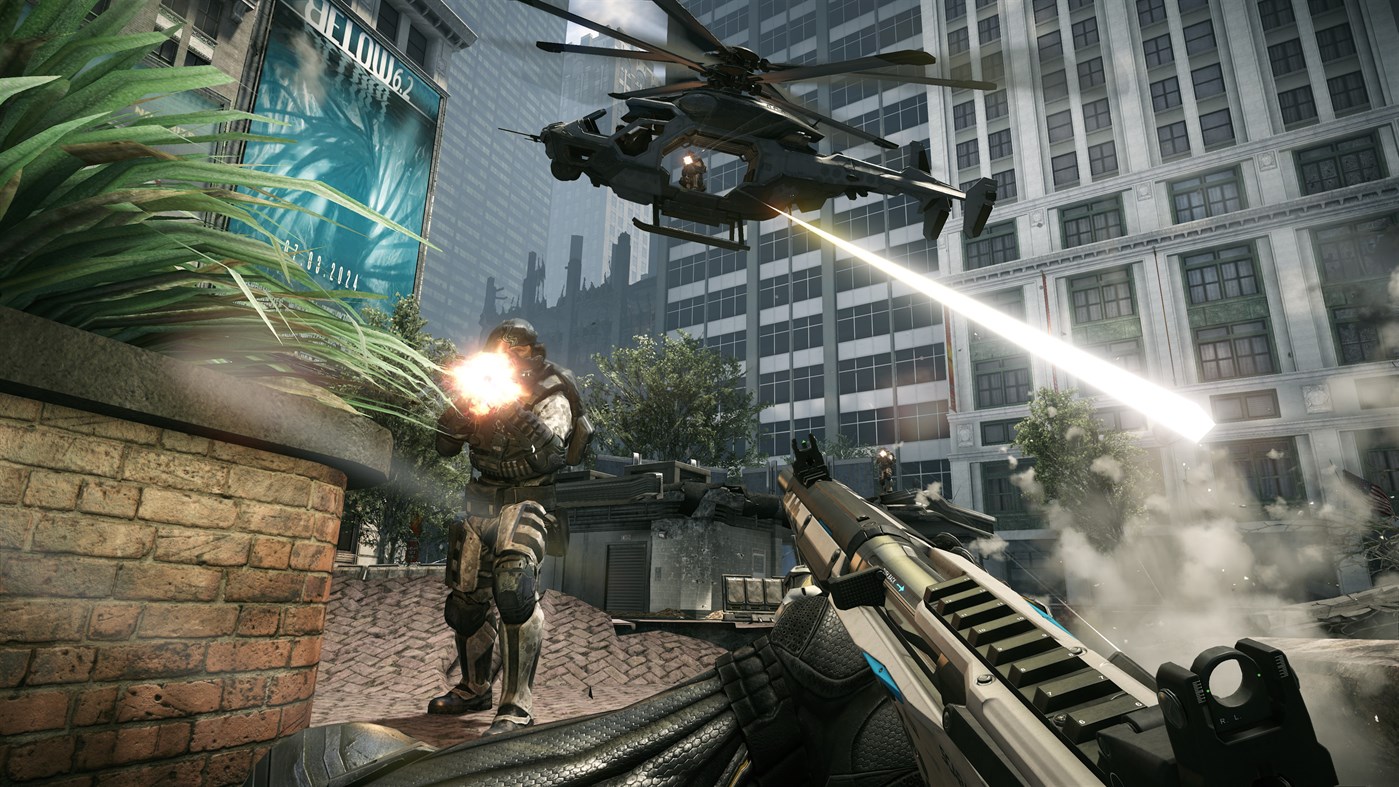 By Crysis 3, the Ceph — as they will be known — are defeated at a strategic level, but somewhere along the way, Nomad and his crew will be made aware of a more pressing threat from a human faction seeking to fill the power void left after the collapse of humanity as we know it. What begins as a relatively low-fi romp through a largely deserted island in the Philippines rapidly expands into grand sci-fi soap opera encompassing broad, often dark and always detailed visions of the post-apocalyptic future.

With Crysis Remastered Trilogy, everything that caused PC players to sit back and let their jaws drop is both intact, and in most cases enhanced. I have had a patchy history with PC versions of Crysis games, but I’ve played all three of them on console, and the experience for me between those original games (stretching right back to Xbox 360) and Crysis Remastered Trilogy is literally night and day. 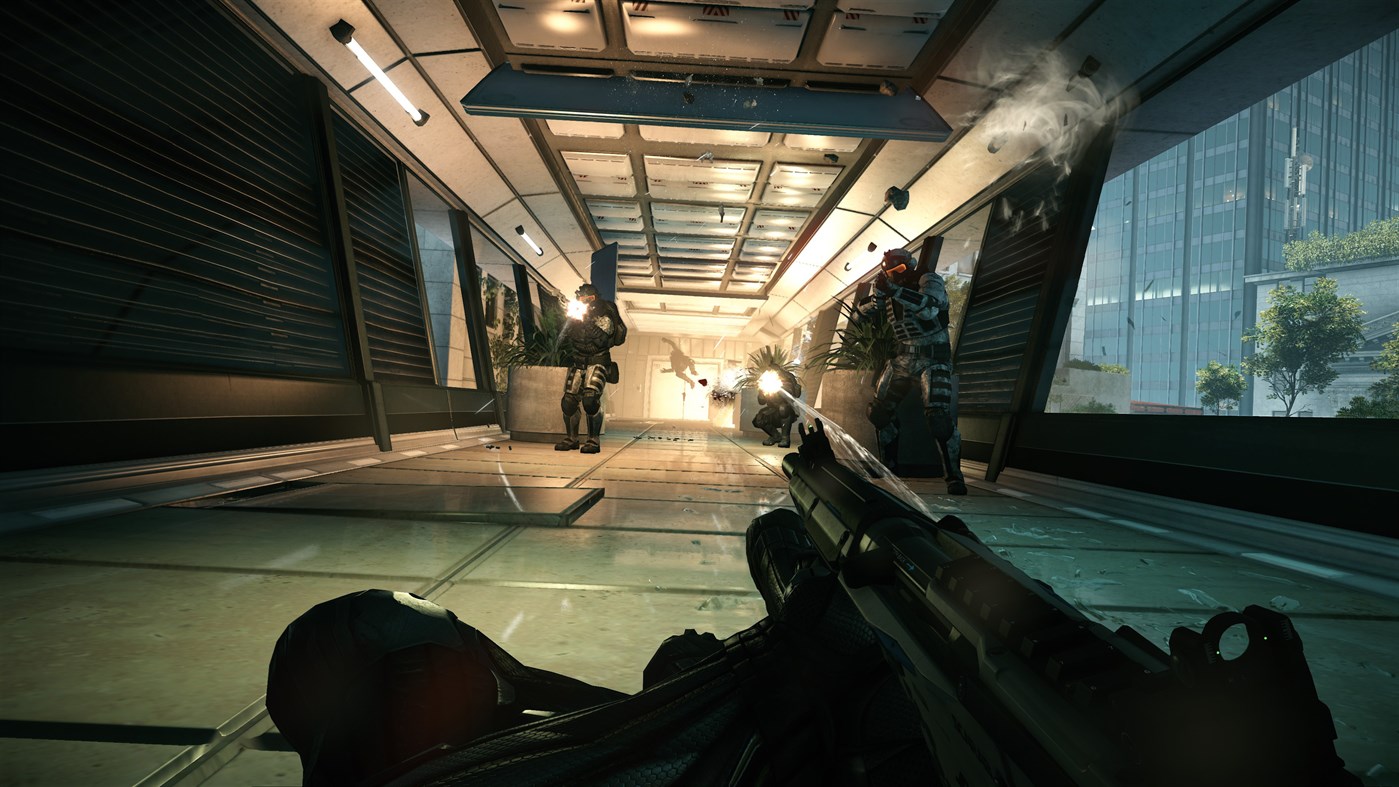 Crysis Remastered on its own is an impressive looking game on Xbox One Series, and perhaps in a nod back to the original challenges in running the game (which I guess must still have a less than optimal engine) is the only game in the trilogy with both quality and performance options (as well as HDR on or off, and a Ray Tracing mode). In any configuration, Crysis Remastered looks fantastic — and the Series X does not seem to struggle to achieve 60 FPS even with the most resource-hungry of these options ticked. The Series X, I guess, may show some issues (but you’ll have to read about that elsewhere.)

Even with the impressive performance of Crysis Remastered, the remastered version of Crysis 2 is even better. Where the first game is still clearly made up of some less detailed textures, and the lens flare, explosion and bullet effects are a little flat, Crysis 2 introduces some incredible dynamic lighting and smoke effects that really bring to life the largely ruined city of New York to life in all of its terrifying, infected glory. The set pieces are larger, the guns chunkier — it’s what you love about Crysis, turned up to eleven. 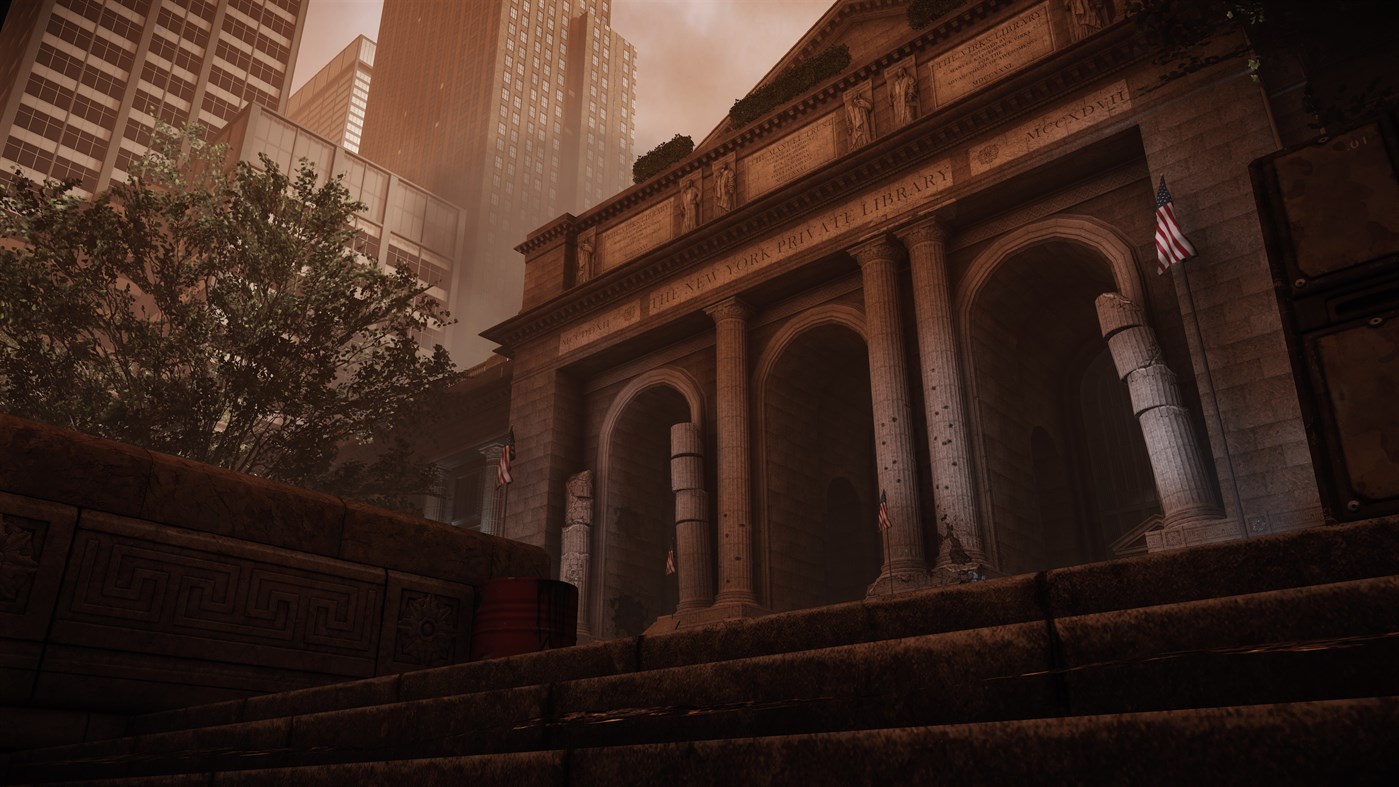 And if Crysis 2 Remastered is impressive, then I will surely lack the superlatives to describe Crysis 3 Remastered, which remains an impressive looking (and more than acceptable) title by modern standards, especially for console gamers. In remastered form, it has to be up there with the best looking first-person shooters that console gamers can buy into – with blood, water, muzzle-flash, lens flair and ray tracing effects all featuring collaboratively to create a hugely immersive experience.

Of course, none of the remastering would be worth the time if the gunplay in Crysis Remastered Trilogy was not up to scratch, but history has already proven that Crysis is just as good to play as it is to marvel at. Specifically, the gunplay in Crysis Remastered Trilogy — especially Crysis 2 and Crysis 3 — is rock solid. Every gun feels different, and even with the myriad of attachments — from sleeping darts to grenade launchers, silencers and a variety of scopes there’s a unique sense of how each weapon feels. 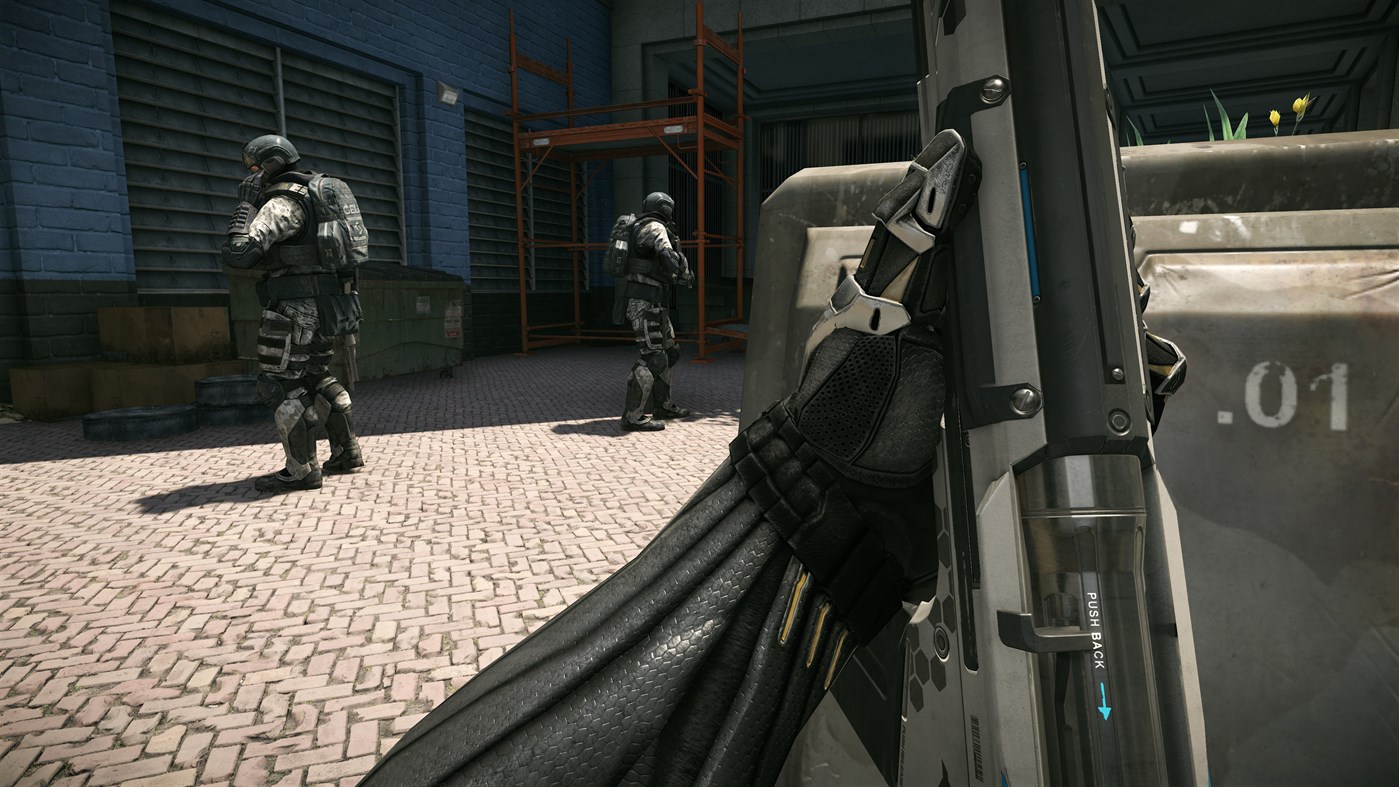 This is partly down to the aural feedback — the clack-clack-clack of an assault rifle’s chamber matches to the muzzle, or the much faster thud-thud-thud of a silenced SMG – it’s just sublime. I am not a weapon aficionado, but if I was, I’d be willing to bet that most of my desires would be met by one weapon or another in the Crysis Remastered Trilogy.

Of course, with Crysis 3 came the introduction of the bow (such, I guess, was the desire for stealthier action games at the time of its 2008 release) and even that entirely analogue weapon feels completely unique as our super-soldier draws the string back to full stretch and lets fly — often slamming an unaware enemy face-first into the floor with a (lethal) leg wound, or sending their limbs into an involuntary vertical slump with a perfect headshot. 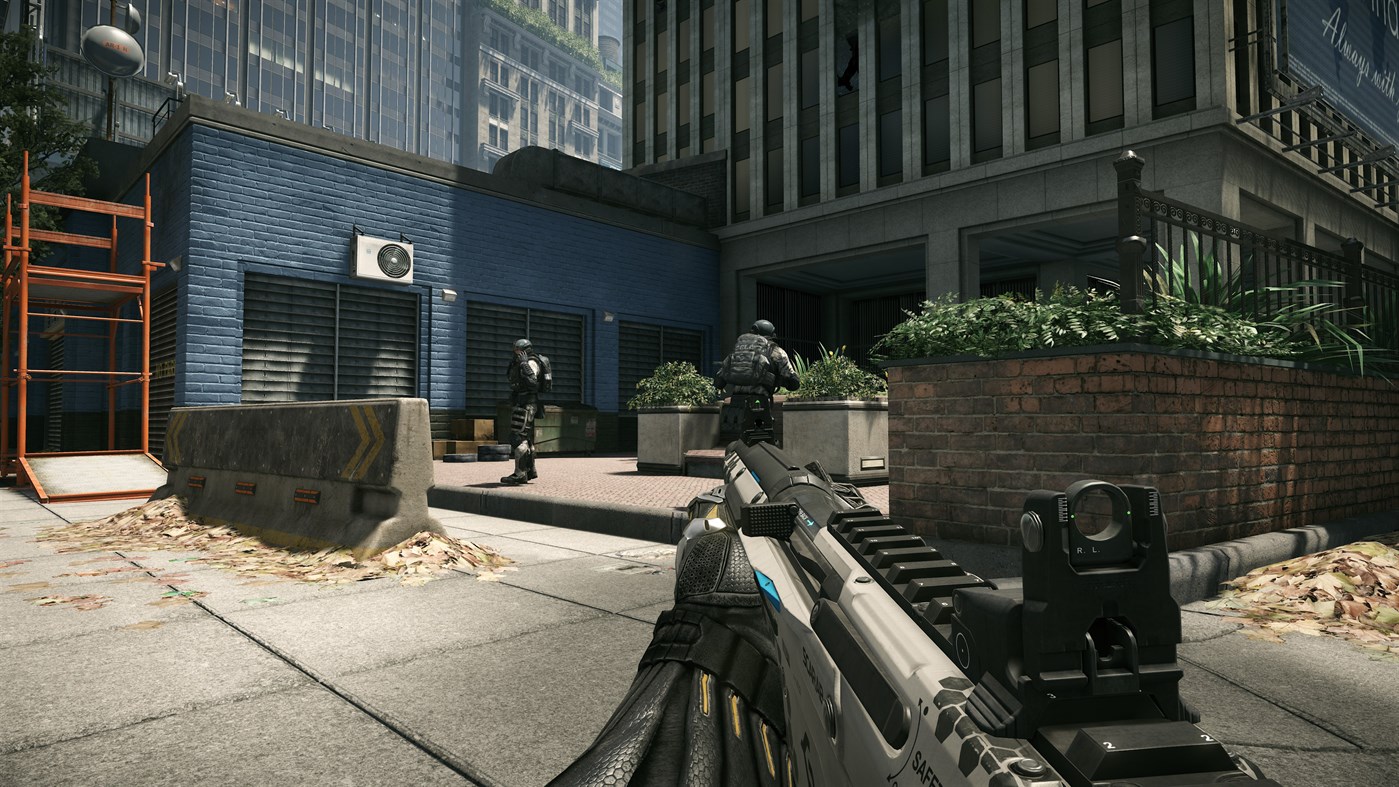 Of course, any good thing must come with some form of downside, and if there is one for Crysis Remastered Trilogy it’s probably the lack of a multiplayer mode. Whilst it’s a shame that there wasn’t perhaps an entirely “new” or “remastered” multiplayer mode (perhaps even cooperative play) this is a hard point to knock Crysis Remastered Trilogy for.

Simply put, it would be more or less impossible to maintain a player base for a re-release of such older games, let alone maintain a player base across two or three of them (there wasn’t a multiplayer mode in the original Crysis at the time of its release). If I were being really picky, I might suggest that it’s also a shame that the bundle also excludes Crysis: Warhead, which was a sort of interim sequel that was released shortly after Crysis on PC only. 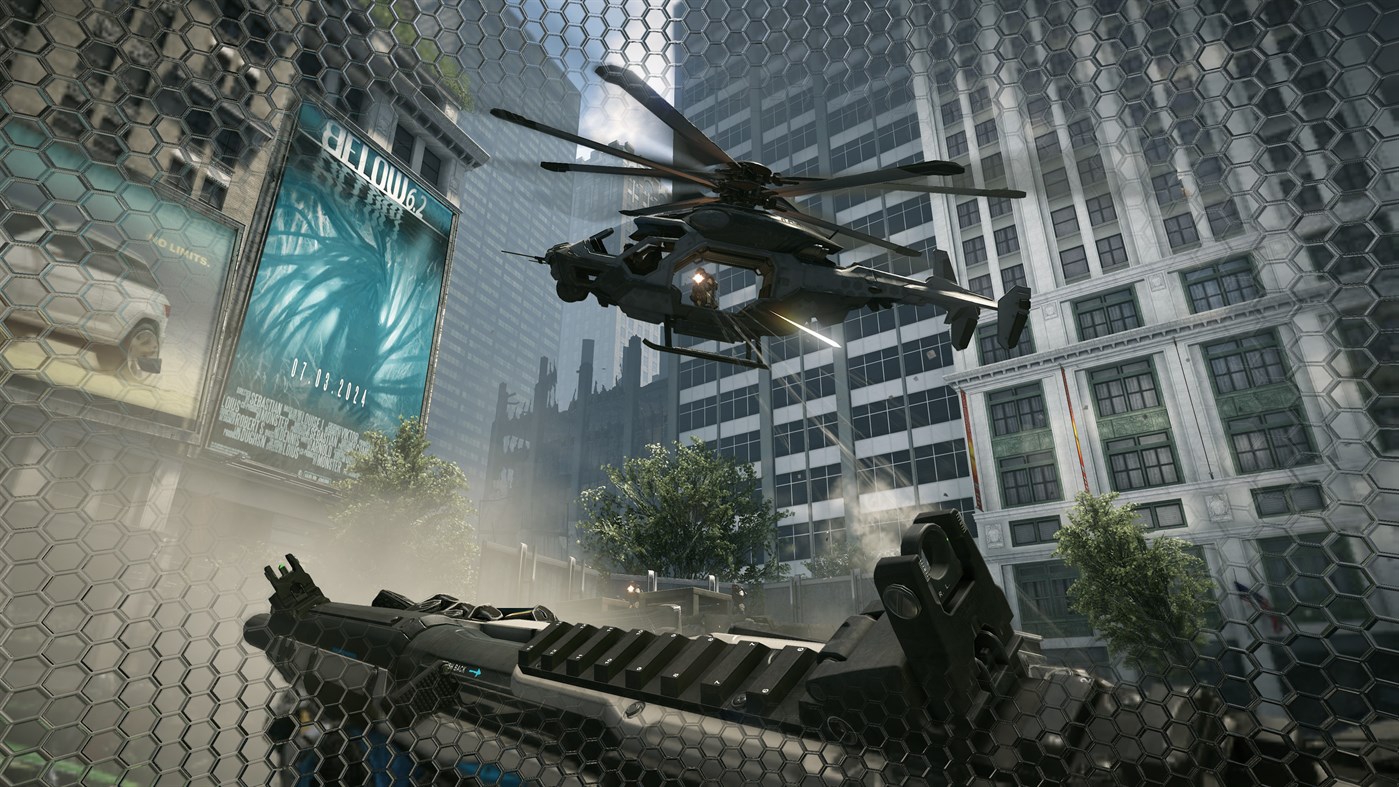 Crysis Remastered Trilogy will set you back about fifty pounds, which for something like thirty hours of content across a complete story arc as good as this, is great value. When I review remasters, I am often looking for cut-corners and failed marketing – that’s not the kind of remaster we have here. Crysis Remastered Trilogy is the real deal, and if you’ve never experienced these iconic games, this is the best way to do it. For those who remember the games in this trilogy fondly, the quality of the remasters is certainly enough to warrant re-treading your old steps once more.

Crysis Remastered Trilogy can be found on Xbox.