Crest is a basic, cute, low poly god game – if god games were more Mosaic rather than, well Abrahamic. 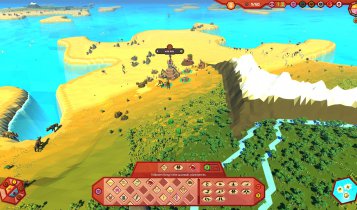 Commandments in Crest are manufactured by linking a noun, verb and an other noun together. For example, connecting “young”, “produce” and “berries” will tell young villagers to plant berries. Meanwhile, joining the pictograms “antelope” “don’t consume” and “birth” makes up the commandment, “Followers near antelopes don’t consume followers with children” — which to be fair is a pretty good commandment for everyone to follow. More nouns are unlocked by reaching certain milestones, such as hunting enough antelopes, or having enough children move out.

Over time your followers will develop associations to commandments, making new ones related to the previous ones you made yourself. These can either have good or bad associations, depending on the situation. Thankfully you can reinforce or destroy these associations by spending influence — a currency which is used to create commandments, and is earned by having faithful followers.

Followers congregate in cities, which will grow and mature as time goes on. These followers and cities specialise on specific parts of life, like hunting, mining or construction. In addition, cities have various needs which have to be met, like social levels, a surplus of food, or safety from attacks. You must keep track of your city and followers to ensure they are growing the way you’d like them to be. 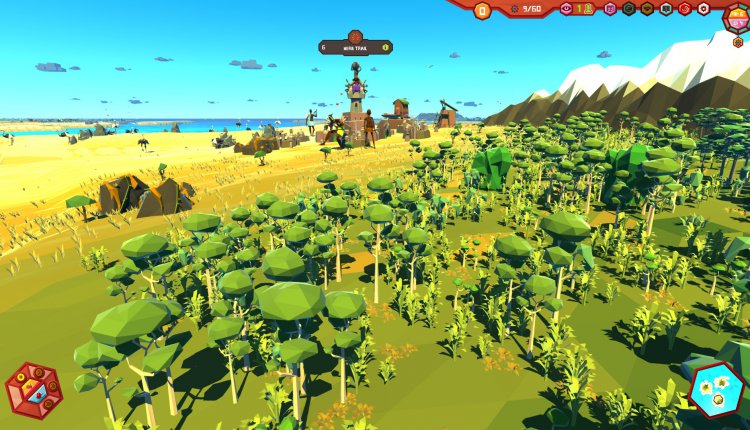 The world of Crest is a pretty one — a series of tropical islands rendered in a lovely low poly format, which is just a really beautiful format. All the buildings, people and animals are supersized compared to the environment. This makes for a large and diverse world, whilst still feeling understandable and ‘semi’-realistic.

With an African theme, all the people and animals look lovely; lions and hyenas walking past seas of gazelles. Crest doesn’t have an end, instead you keep playing for as long as you wish, crafting a world and mythology of your own in whatever image you want. The weather, animals and resources of your islands can change over time, and make the world unique and vibrant. This makes it very difficult to make a stable world with only a few commandments to shape it. 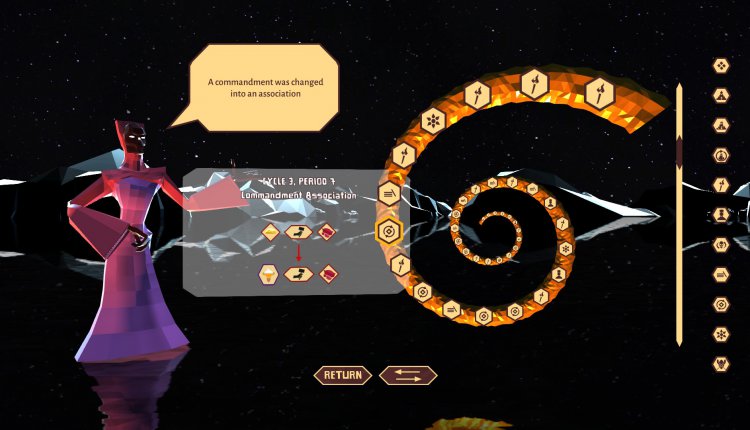 Befitting a game about a god and commandments, Crest has a large focus on mythos- starting at the title screen, and stretching throughout the game. Any of your followers who die will appear in an underworld type screen, where they will chill out, where they can dispense their wisdom to you — mostly on what went wrong to kill them. A chronicler keeps track of everything that happens in your world, writing every commandment you pass, what people did everyday, and every new word you write, all in a big scroll which feels like its torn right out of some ancient religion. 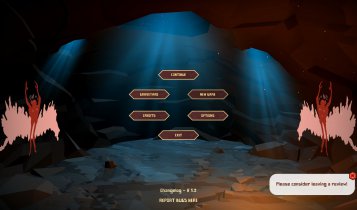 Sadly, Crest does have a few issues; the foremost being how every now and then attempting to save the game will just leave you stuck on the loading screen forever. In addition, aside from spreading out, there is very little progression in Crest — research or advancement would be enjoyable. Also the tutorial is both vague and spread out, small text prompts popping up now and then to more or less explain the thing you’re looking at, but not explaining the overarching mechanic in question.

Despite the downsides within Crest, it is still a novel take on the god simulator, taking a familiar idea and experimenting with it. An imperfect game, it is still a fun little experience that somehow tries to teach you basic linguistics during the middle of a god game.

Crest is available now on Windows PC, Mac and Linux.