Crawl is a co-operative multiplayer, sprawling dungeon clash to the death featuring a blast of nostalgic feeling reminiscent of old arcade games of yester-year.

While I wouldn’t recommend this game to anyone looking for a single player experience in particular, due to the nature of how it should be played, this game truly shines when playing with friends; one player starts off as a human stuck in the dark, expansive dungeon, while the other three players are ghouls attempting to hunt down the living player in order to gain their “Humanity” and then they themselves become the living player. It’s a chaotic race to reach the end, and find a way out, while also being to find who’s best at staying alive longest. 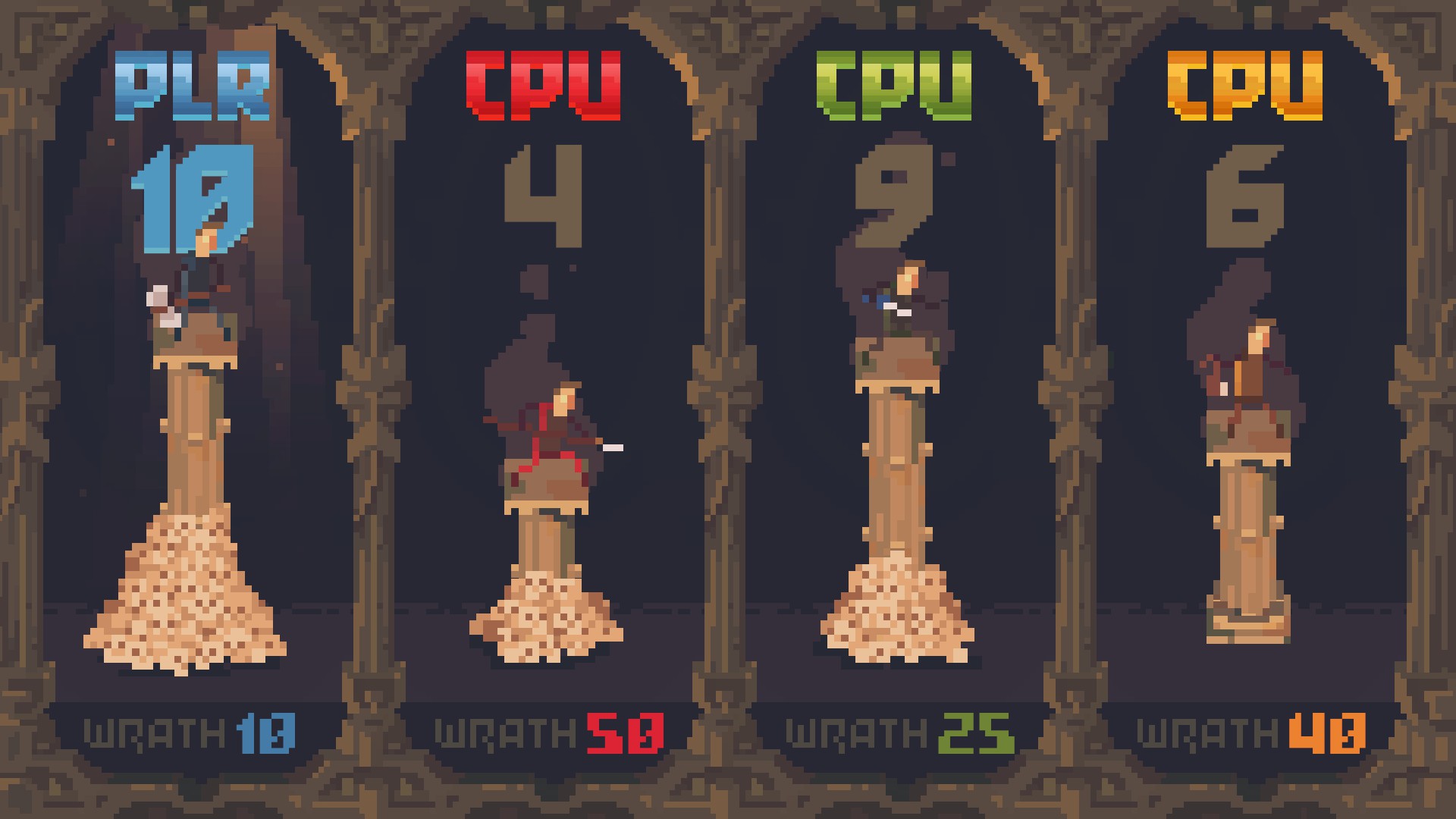 The atmosphere in Crawl is great; right off the bat the eerie and eccentric narrator’s voice booms and instantly sets the mood. (As well as the nice touch of “Insert coin” on the initial loading screen.) Even though Crawl seemingly has no apparent storyline, it doesn’t really matter in this case. The focus is a competitive one at heart, as the main focus of the game play is its co-op/multiplayer feature – not to say that this game cannot be played alone. (Although, I would definitely recommend friends for the full experience!)

You’ll Start at the bottom of a dungeon with multiple directions to go in, the classic dungeon set-up in any case, the intensity is imminent straight away as fighting breaks out instantly, especially since certain rooms lock until you’ve defeated all the enemies present, which require a lot of concentration in order to stay alive. It can sometimes be a bit difficult to keep up with how much is going on when in a particularly hectic room, but this gets easier over time. 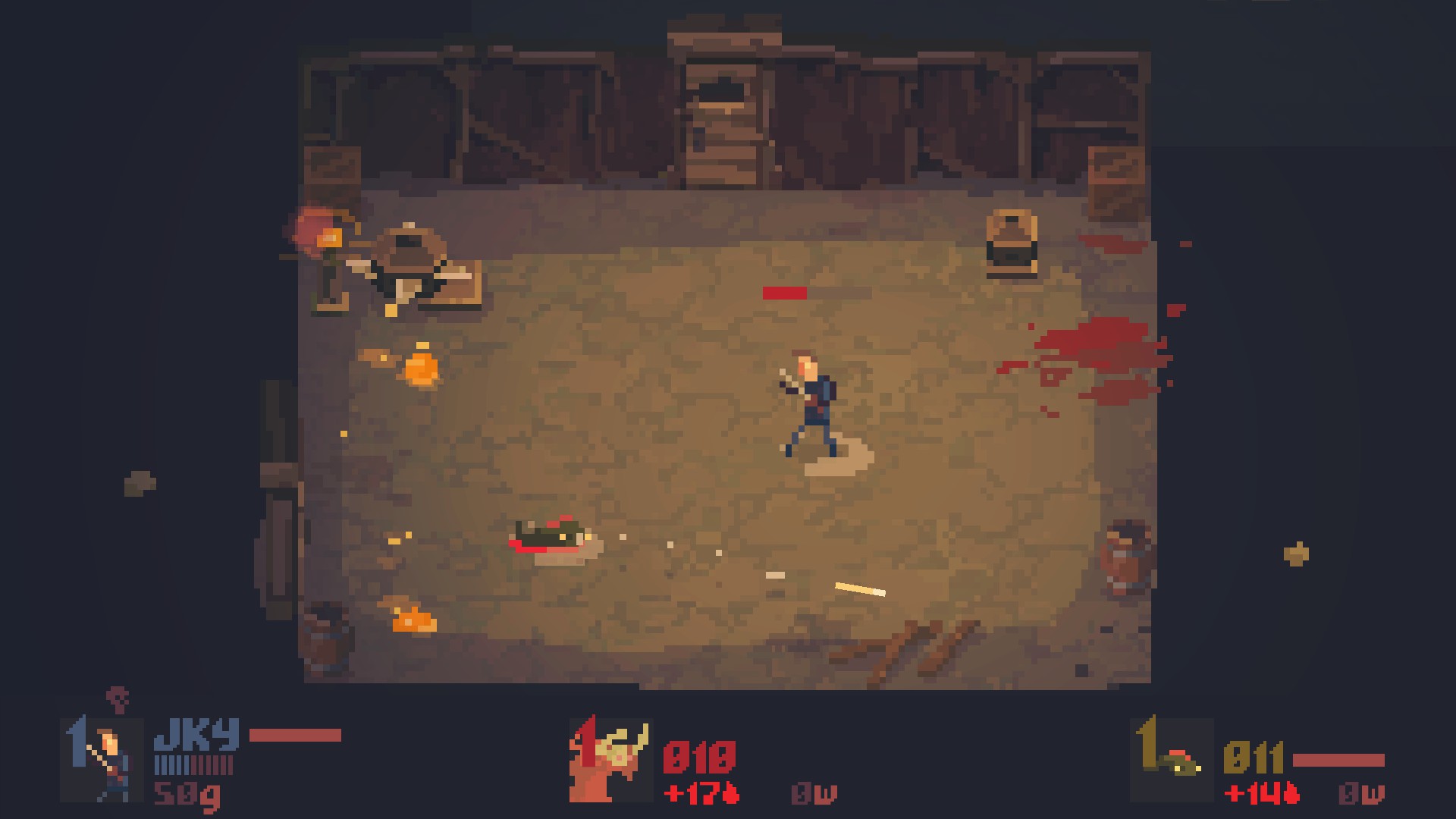 While the living player does not have a lot of choices in terms of combat initially, the ghouls have some options; they could wait it out until a room with an odd layout comes into play, possess numerous objects and attempt to fling themselves, summon a variety of different demons and minions that they can control until they perish buy using their source “Wrath”, or even possess an assortment of traps just to keep the maybe-not-so-soon to be living on their toes as they struggle to cling to their “humanity”. Whilst against CPU the AI can be a little ruthless and unrelenting, against real players you can imagine that becoming the case even more so, in some cases only being able to hold onto your “humanity” for mere seconds. The controls are very simple to pick up, and with the option to play using either keyboard or controller help to widen the reach for its potential multiplayer. One nice feature about Crawl, between certain levels is the option to upgrade your demons and minions – the ones which can be summoned in-game. As you progress further and your little minions start to become much bigger ones, you can really start to appreciate some of the nice pixelated designs, as well as their animations. Since you can upgrade minions in one way or another -maybe to favour melee or ranged damage- you can decide how you want to be able to terrorize the living player. 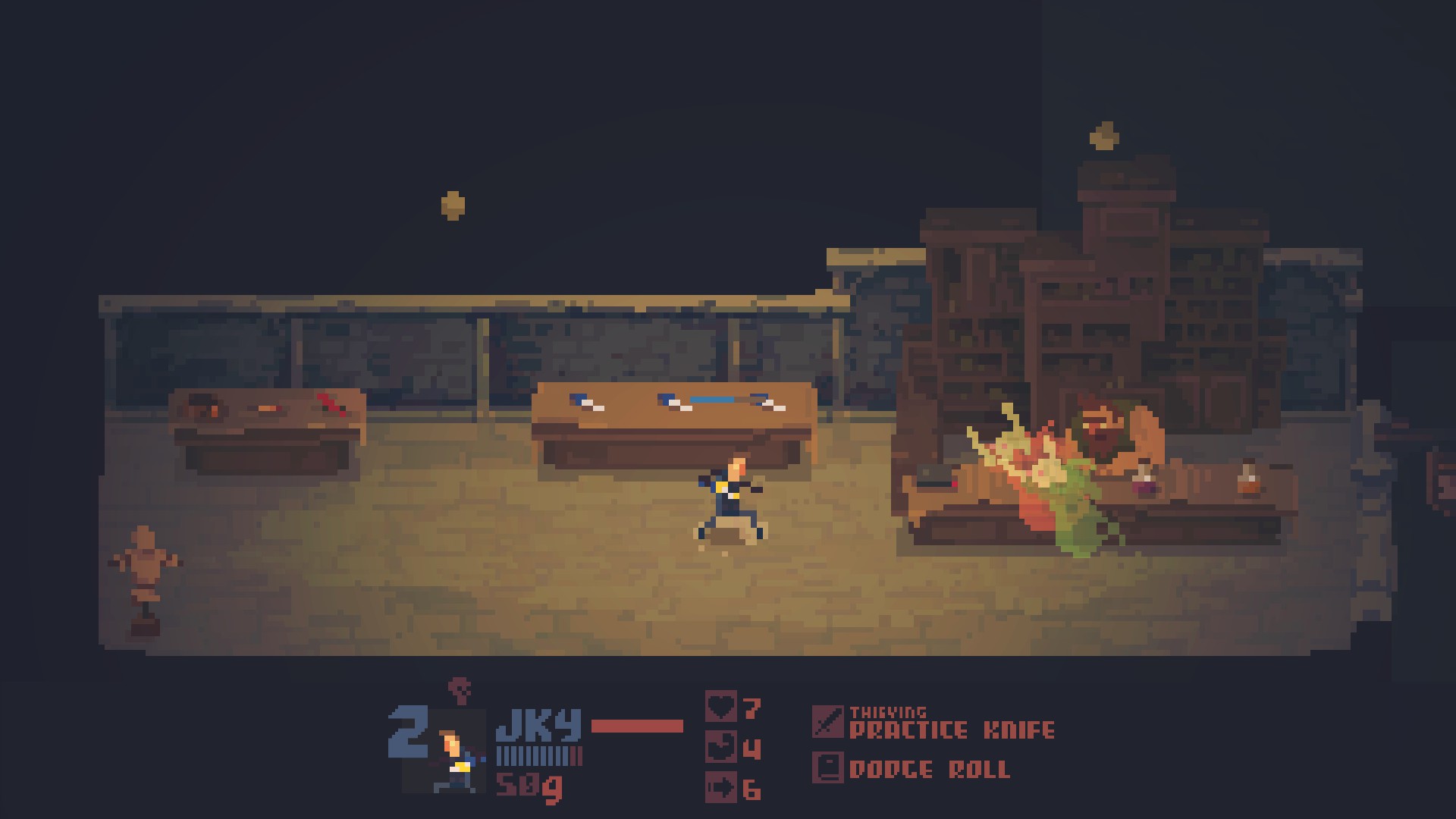 Not to mention, just as you feel the stress is really starting to kick in as you’re hanging onto your humanity by a thread, then you’ll have a boss fight. Now, the boss fights are truly chaotic and challenging, but ultimately fun to play, although it can feel like a gamble sometimes on who may actually be the one to come out on top alive. You could last 10 seconds after having been obliterated by your friends, let alone the boss itself. The bosses have great pixelated designs and interesting mechanics that will make you have to rethink your strategy, since it’s pretty difficult to fight a hulking boss that takes up half the room whilst being stalked and sabotaged by other players. With players having the option to visit a shop on occasion, they can purchase weapons and spells to use throughout the dungeon. Make sure you choose the right weapon that you think will give you an advantage, whether that is a slow but powerful heavy hitter, light and quick daggers, or even a focus on spells and strange abilities, there’s something that will perhaps give you the edge over your fellow players. (Note: the longer you’re stood around ogling, the more “Wrath” the ghouls will generate that can be used against you!) 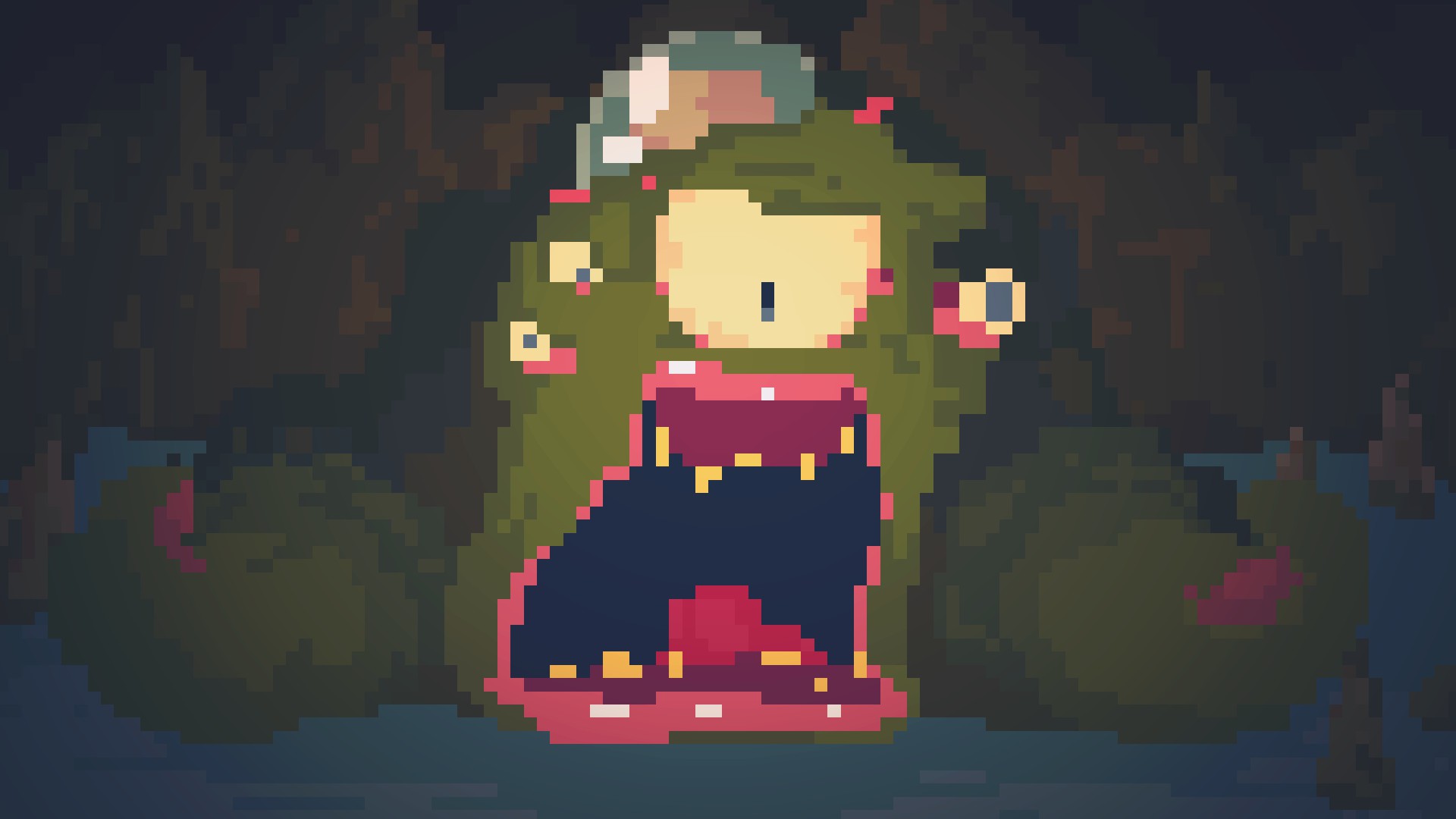 Overall, Crawl is crawling with potential. Whilst it definitely wouldn’t suit everyone who’s looking for more of a retro dungeon single-player experience, it’s definitely a game that meant for multiplayer. However, one of the issues with this is due to the fact that the game lacks an online multiplayer lobby system which would allow players to play with random players, matches have to be with someone you know who either has the game, or someone you might’ve added with it, or just local co-op. Even with this ,a slight thorn in the side for the game, it’s not a multiplayer game to be quickly overlooked. If you’ve got the friends and you’ve got the time, (and money!) then it’s definitely not one to pass on.