I’m not a horror fan. That might sound like an odd first statement from someone about to review a horror game, but it is important information. Regular horror games don’t do anything for me. In my mind I’m never there, always still firmly planted on my chair. Jump scares come and go without so much as a flinch from me. I’m not saying I’m emotionless robot, or even Captain Macho, too cool to admit that I’m scared. I’m the same way with movies as well…except for one time. My younger self remembers being scared watching Candyman a long time ago, but why only that movie?

The answer lies in atmosphere, I was home alone and watching with a giant mirror in plain view. If you know anything about Candyman then you could see why that setting would be unnerving. Flash forward 25 years and we now have Virtual Reality that has managed to do what no tv or computer screen on their own can do, put me smack dab in the middle of any setting it so wishes and actually have it feel like I’m really there. In case of Cosmic Awakening VR, I wish I wasn’t there, don’t worry that’s only bad for me, not the game. 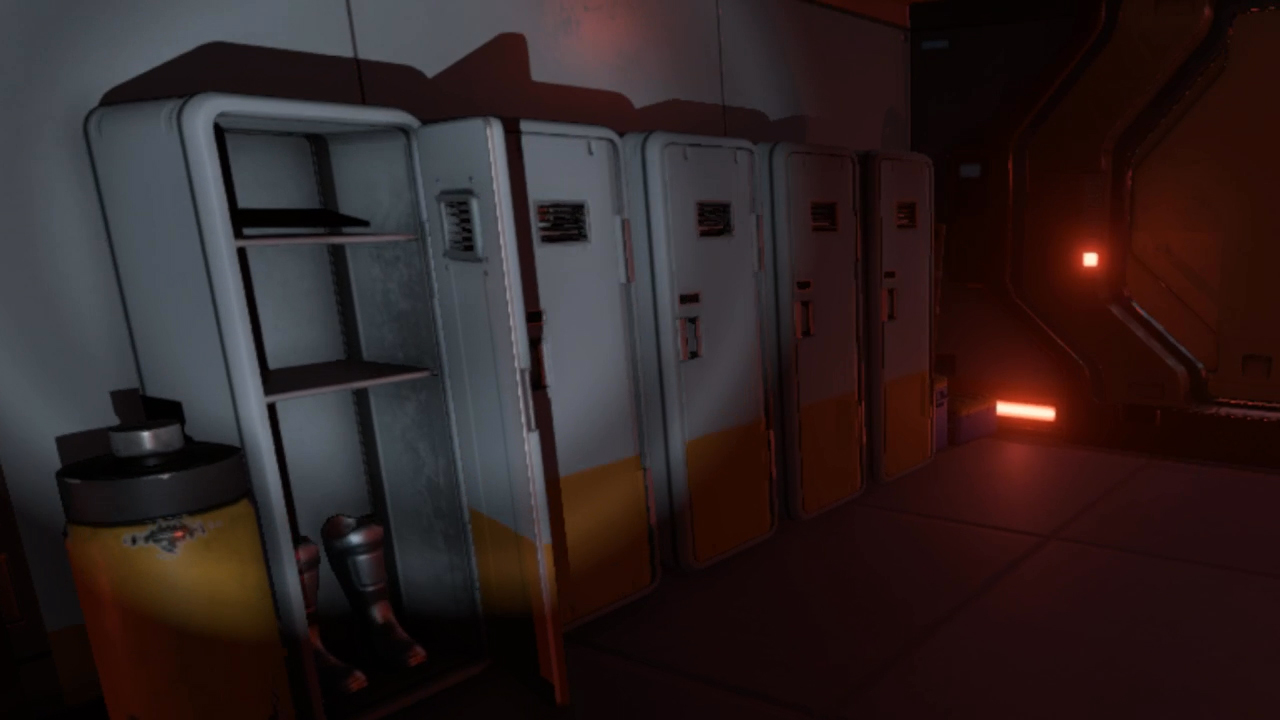 Atmosphere is what did me in with Candyman long ago and it certainly did this time as well. Set on an abandoned space ship you are tasked with figuring out what happened to the crew. The atmosphere created in this VR space is absolutely dreadful, again, bad for me, good for the game. The lights quickly go out and I find a flashlight to attach to my gloves. My god is it creepy and tense in here and I’m literally still in the first room. I have to search for a key card to open the door, but it’s in a locker. I in no way wanted to open up those lockers and look for it. I had to be front and center, and if something came out of them there would be nothing I could do.

Truthfully, put in that position I would have opened the locker keeping the door between me and it’s now open contents. If nothing came rushing out, I’d slowly circle away to the furthest point in the room from the opening before peeking my head over to see if anything was in there. Like I said I’m not Captain Macho, not even remotely. Seriously though how bad is it that I’m in the very first room, first minutes of a game and I’m already on edge. Now that’s what you call creating a great atmosphere. As much as I didn’t want to stay in there I didn’t want to leave either. 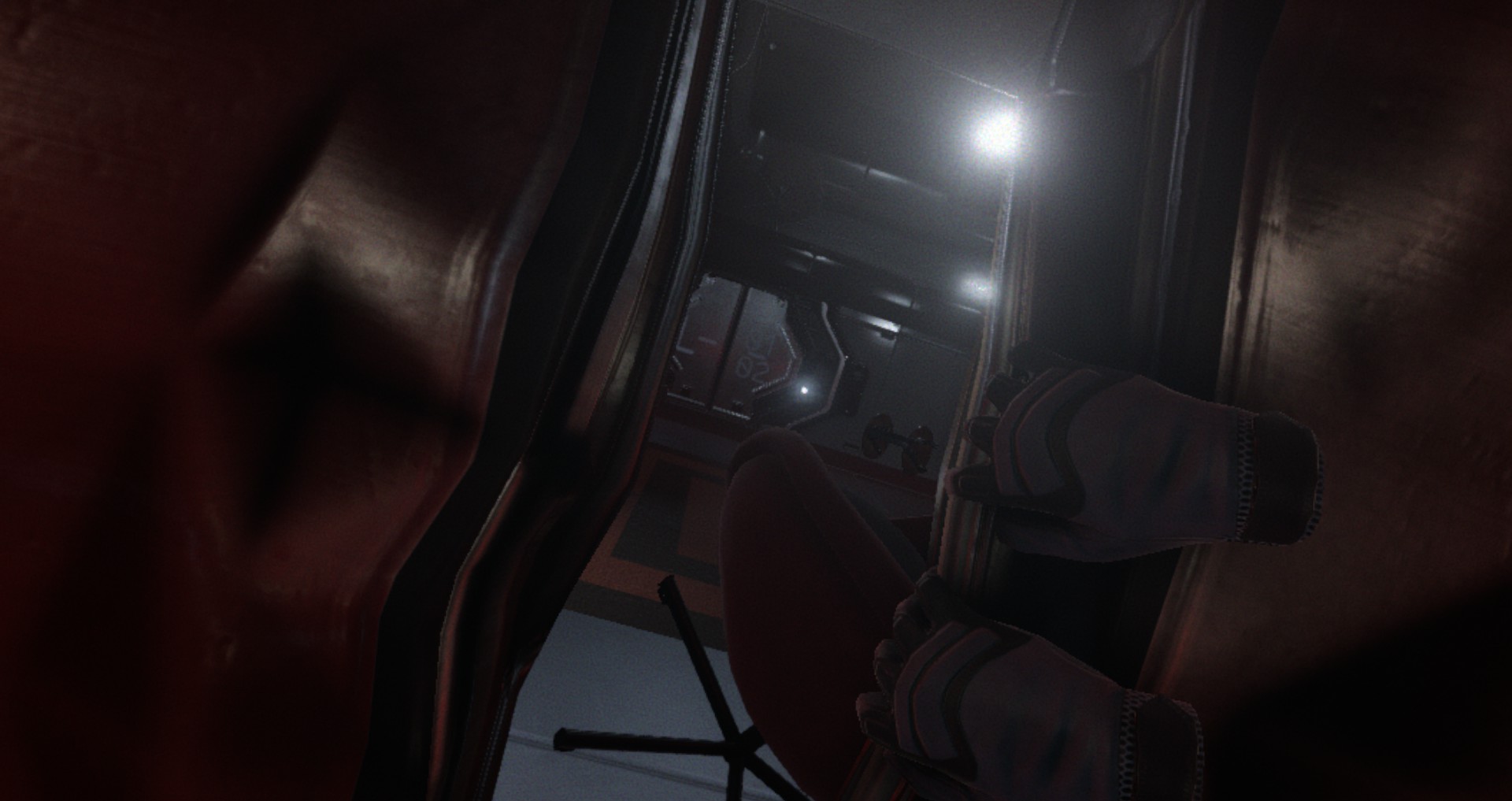 The sense of dread was immediate and never dissipated, slowly building with each movement as I further investigated. I didn’t have my big boy pants on this day, I tried taking off the headset and holding it up so I could watch what was happening on the monitor without having to put myself through it. No dice though, I had to suck it up and solider on.  The feeling of dread that comes over you while playing is incredible. To give away any more than just the synopsis would be doing a disservice to anyone who wants to try this out, although knowing might not be much relief either. Let’s just leave it at this, if for some reason you like being scared just go out and buy it now, you won’t be disappointed.

I hate to be lite on the details, but that is the “fun” in the game and no one likes spoilers. So let’s talk some of the more technical aspects. The controls can be a bit on the fiddly side. It’s hard to pick up things on occasion. We’re not talking Surgeon Simulator levels of hard to pick up, but enough that it can be slightly frustrating. Although…maybe on purpose to prolong your dread? I’ll leave it as a possibility as I can’t imagine handling things with some space suit gloves on is all that easy to begin with. The start screen also always put me right in the middle of the game selection so I had to back up at the start no matter where I was standing, thankfully always in the middle of the room so I could. 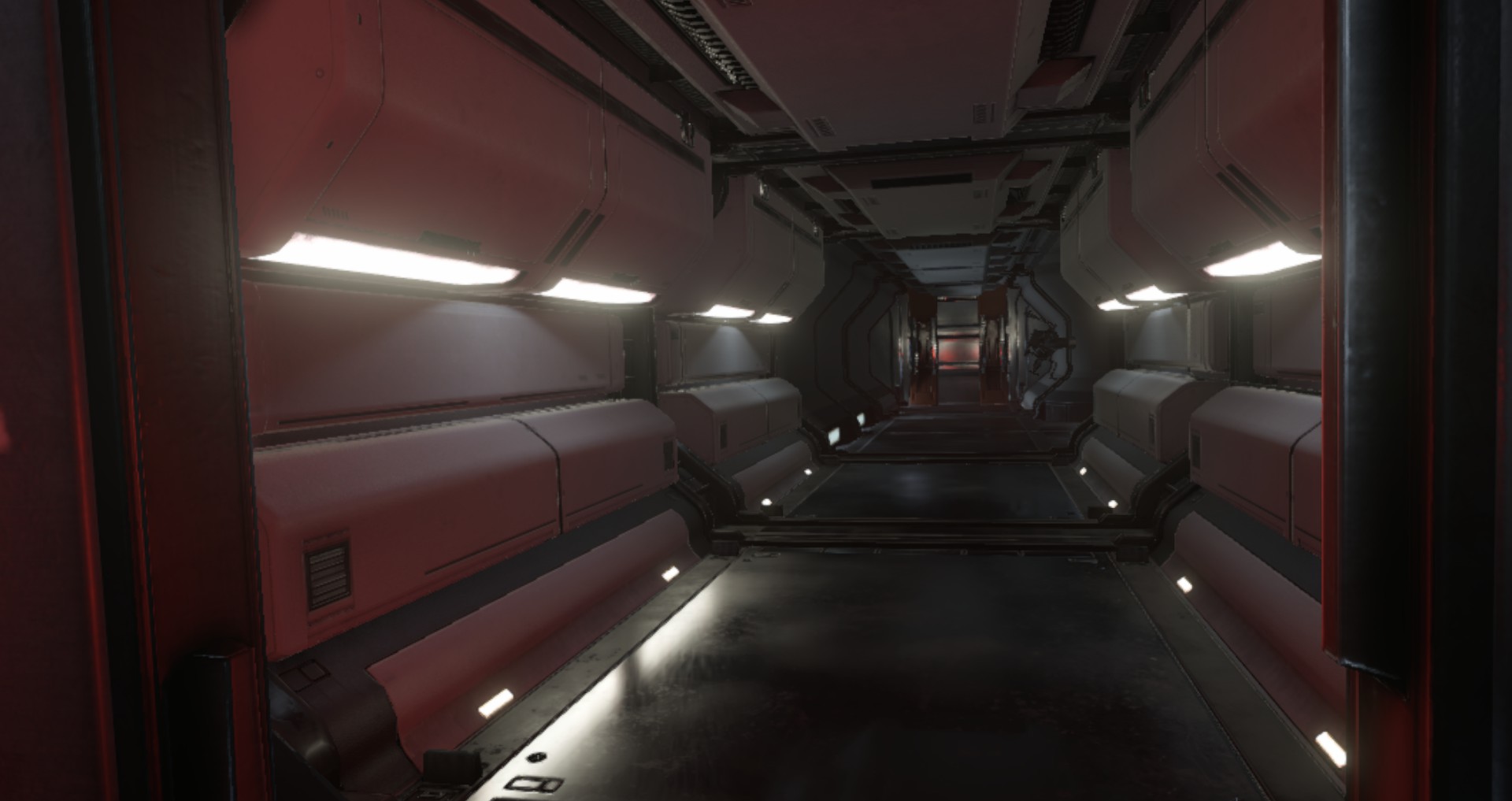 Locomotion is through teleporting, which I am absolutely fine with. It doesn’t seem to be an immersion break for me at least because the atmosphere is already so strong. Speaking of that atmosphere, what really sells it are the visuals and sound. The look is outstanding, couldn’t be more spot on. It looks creepy, oh and it sounds just as creepy too. The atmosphere is nearly everything here, so it was important to nail it and well, mission accomplished there.

Overall, I was impressed with how well Cosmic Awakening VR built it’s world. Oh my the sense of dread. In the back of my mind was always the thought of taking off the headset and saying a big ol’ NOPE. But if you’re into horror this is something you don’t want to miss. Otherwise, I dunno, maybe you have too many pairs of clean underwear and want to change that? Horror on the big or small screen might not scare you, or even in traditional video game settings, but in VR it’s just downright terrifying. It’s something you should at least experience once and I can think of no better option than Cosmic Awakening VR.