Cooking with Cthulhu sees you trying to actually cook a meal, as the evil monster themself. You have spent your entire life trying to kill off the world — until now.

I like cooking more than the average person. And I feel I also might be more into cooking than Cthulhu himself. You see, Cthulhu was feeling down — unsure of what the point of his life was. Since he is known for devouring souls, people naturally looked to help keep his mind preoccupied while he was in this lull and got him a spot on a local TV station to try out his second favorite thing; cooking. 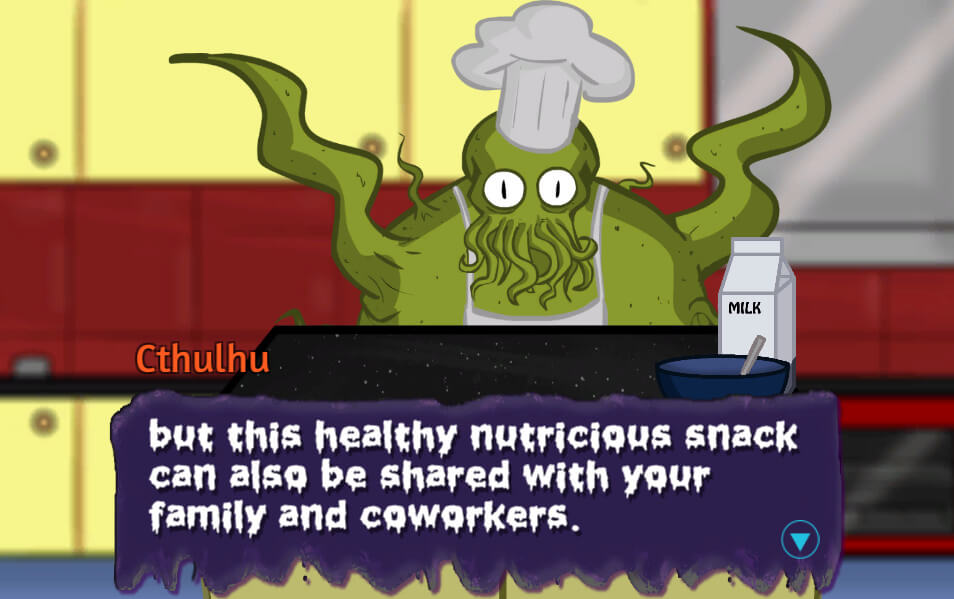 The issue lies with Cthulhu’s skills. Cooking, you see, is an art. Cooking takes more than two ingredients. And cooking shouldn’t be based on sponsors. Really, Cthulhu was set up to fail if you ask me. He was given a TV show, on his own, and was forced to use his giant tentacles to make today’s dish. Clearly, they weren’t expecting him to CHOP or CUT anything — nothing too complex. 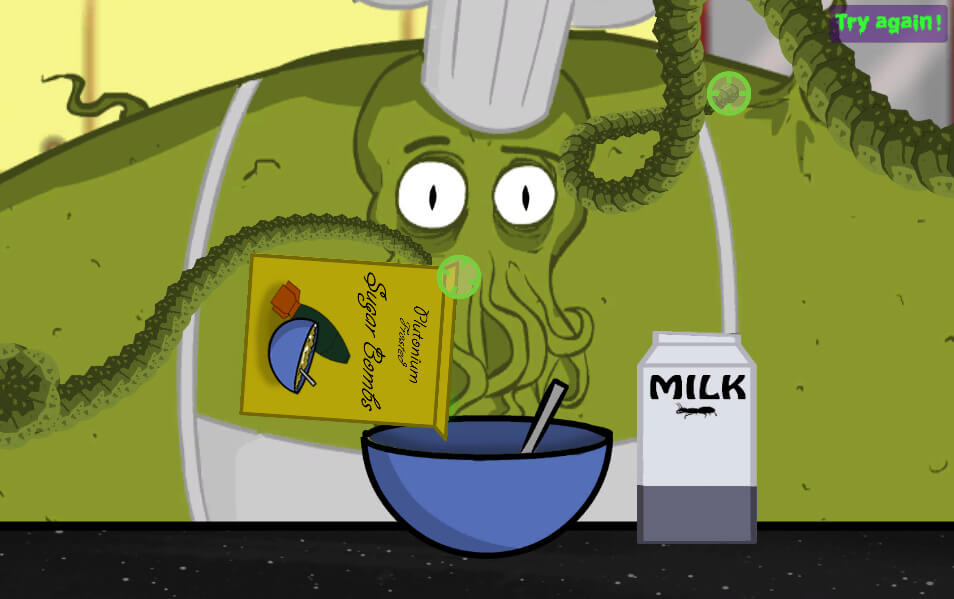 The TV station had him make cereal — pouring milk and the tasty treats into a bowl. This is a very easy dish to create, there isn’t even any cooking involved. Don’t get me wrong, he was able to do this super easy — yet painstakingly slow for him — combining of ingredients, but, let’s be honest, the show wasn’t going to get many hits.

It was no surprise to anyone when it was quickly cancelled and pulled off the air — despite Cthulhu asking about trying out ethnic food. This blow to his new calling hit him very hard. Being told that your cooking show is cancelled after one episode really sucks. 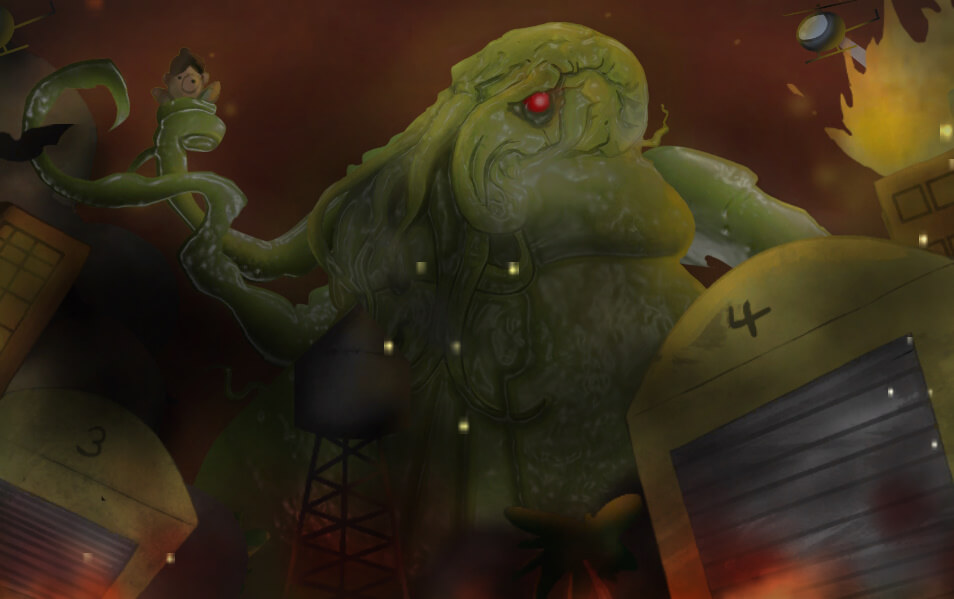 Honestly, I would have reacted the same way. Also, that cereal looked gross.

You can find Cooking with Cthulhu over on developer Snozbot‘s Itch.io page.

Pinecone Dreaming is a peek into a peaceful, community life