Commandos 2 on Switch is a bumpy trip down memory lane

If you’re anything like me, there’s a good chance that nostalgic feelings often lead to bad decisions. Where video game choices are concerned, this is a frequent challenge that I face. In Commandos 2 — a game that I remember being photorealistic and amazing twenty years ago — I have met my nemesis. The apex point between nostalgic fondness and aged usability.

Yes, that might sound fairly harsh, but the reality is that Commandos 2, remastered for the Nintendo Switch, PS4 and Xbox One has aged worse than many parents have since the start of the first school closures during lockdown. What was once a tight, challenging and enjoyable puzzle played on PC now, at times, feels like a near impossible frustrating experience on controller. 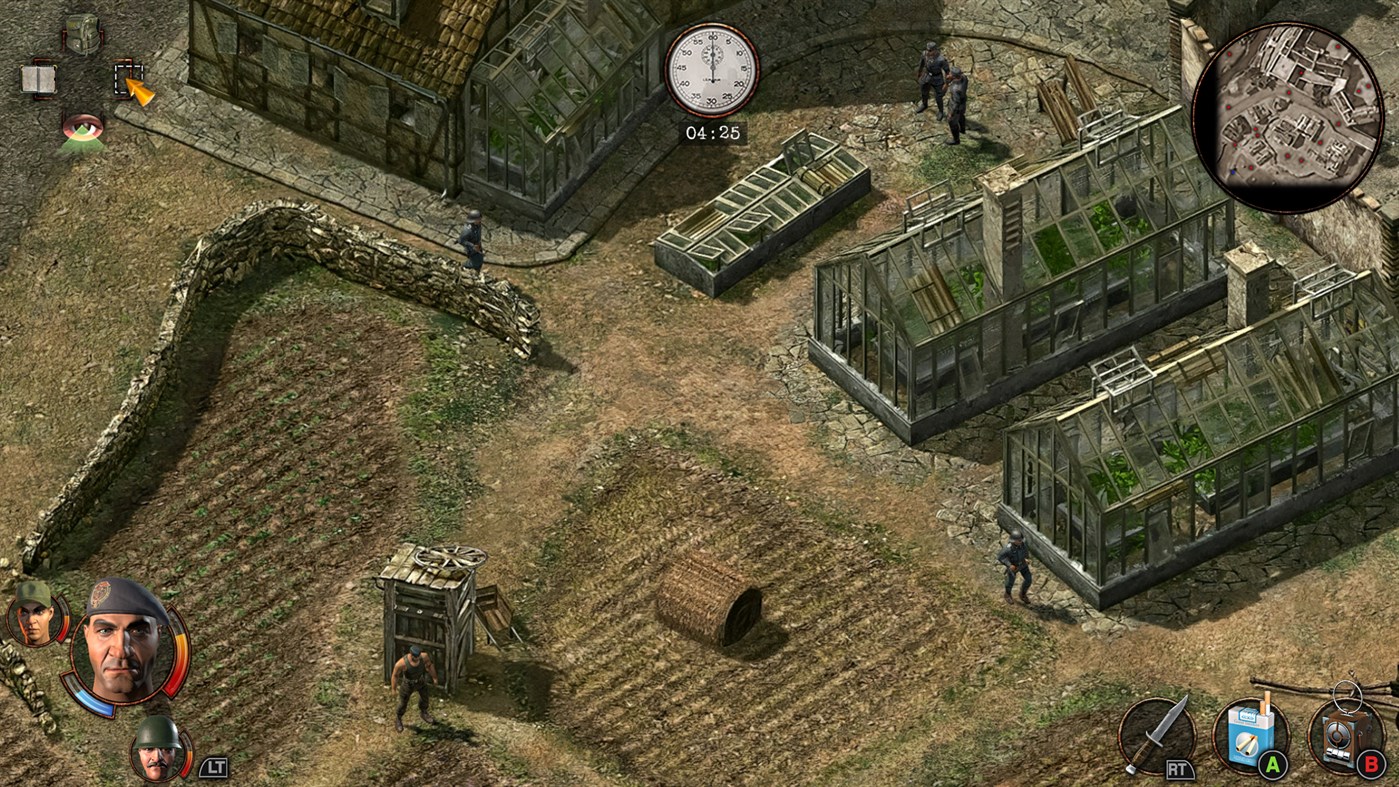 Commandos 2, for those who don’t remember it, is an isometric tactical game that has the player take on a team of three or four commandos, each of whom has a limited set of skills. Some can shoot, drive or use explosives, whilst others can kill silently or distract guards. The setting? World War II, of course, meaning that how you choose to deal with the enemy is up to you — nobody will miss a few dead nazis.

The problem — and indeed the premise — here, is that going in with all guns blazing is almost never going to end well for the player. To some extent, this is down to the limited ammo or range of the weapons, but it’s also by design — no amount of individual skill is going to ensure your survival in a gunfight in Commandos 2, so you better think about using stealthier and smart ways to get things done. 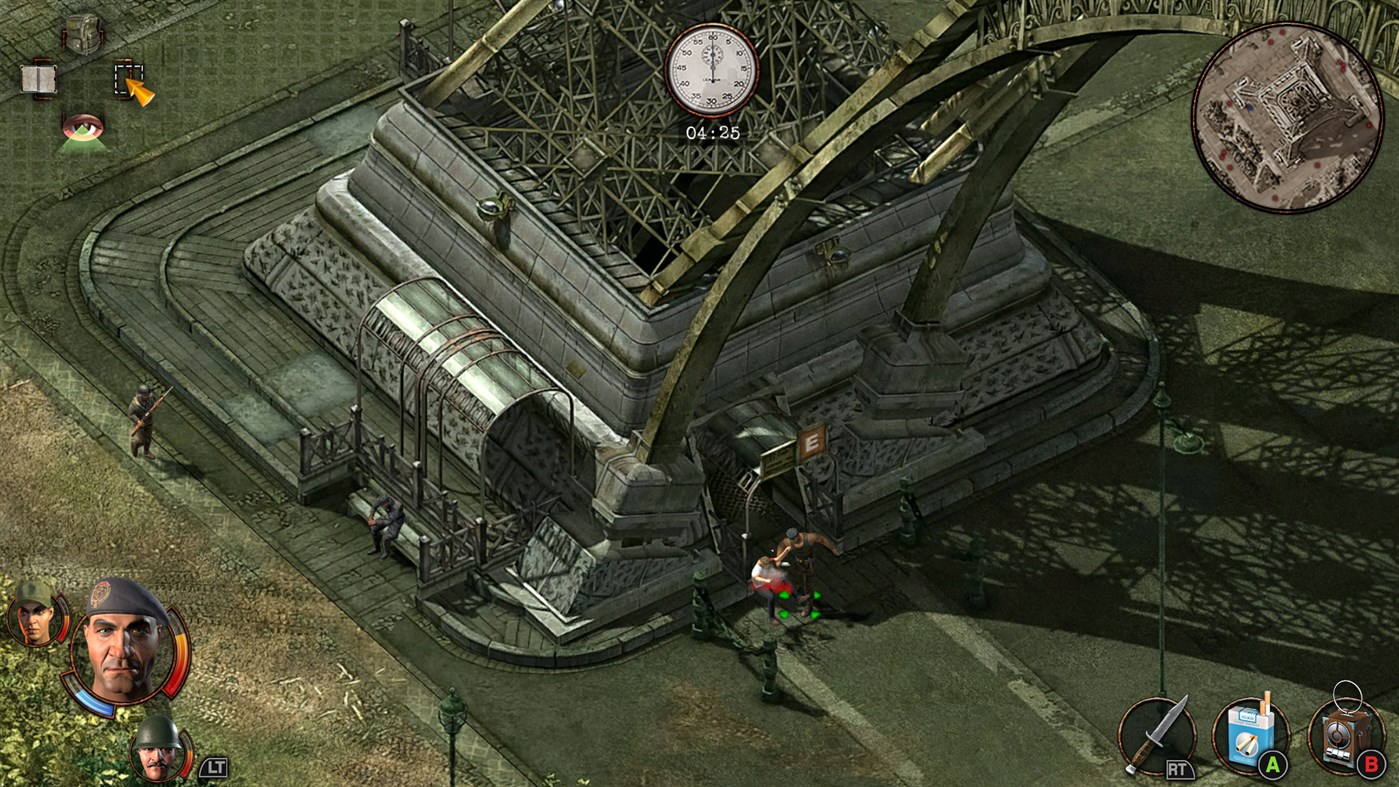 Visually, whilst not as photorealistic or amazing as I remember it, Commandos 2 does have a kind of realistic detail to it, even though (on Switch at least) it appears to be painfully low-res. In the original PC game, this was something to be explored easily thanks to the use of a mouse and a few keyboard shortcuts, but now on a controller, Commandos 2 can feel awkward and overly complex.

Inventory manipulation is a nightmare, whilst running (which is noisy) can be triggered accidentally by clicking the left stick down at an inopportune moment. Selecting a weapon (or indeed just your fist) is now intensely difficult because it requires the player to open a wheel, scroll around it, choose the thing — and sometimes, for reasons I can’t explain, even that won’t work with certain items. 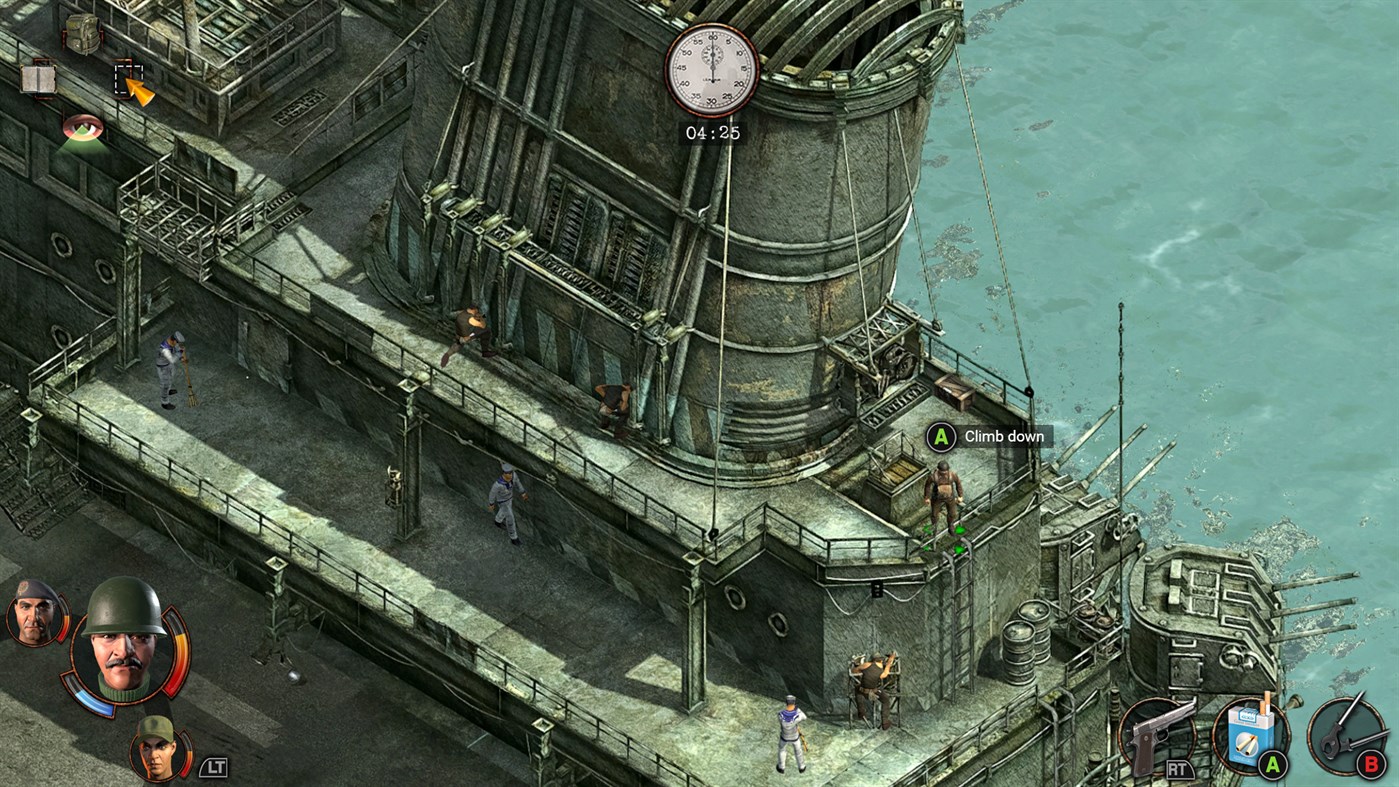 Part of the problem here is that there are sections in Commandos 2 where you need to do things quickly, but you just can’t. If I compare this classic style of play with a more modern successor such as Desperados 3, there’s no reason why you’d want to choose this remaster instead. Desperados 3 specifically acknowledges modern controllers and uses a fantastic movement programming feature to enable the player to feel cunning and clever rather than frustrated and stupid.

With all of those issues on the table — in particular, the controls, which are a big problem — Commandos 2 is a tough game to get into in this remastered guise. However, if you can get over the dual challenge of poor controls and inherently challenging gameplay, there’s still a lot of depth here. Every mission is finely crafted, and whilst open warfare is almost never an option, there are often several ways to complete each scenario. 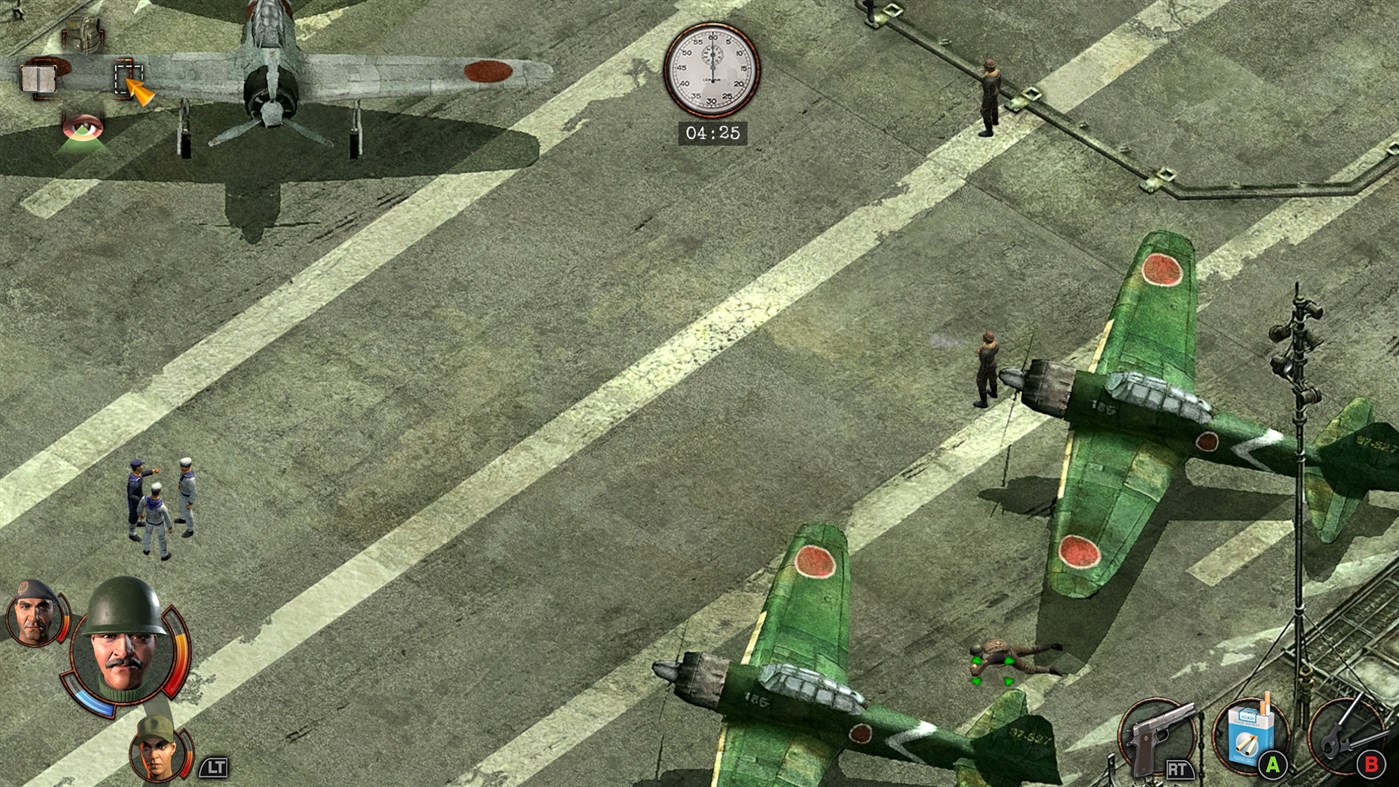 When missions play out, you’ll sometimes feel extremely clever if you manage to jump through each macro objective without alerting the guards, perhaps even clearing your escape route as you go. On other occasions, you might be spotted or some other issue could occur, but if you can find a way around it you’ll feel equally successful — there’s a real Kelly’s Heroes or Where Eagles Dare feel to Commandos 2, thanks to its theme and the slightly hammy voice-acting.

Overall then, Commandos 2 is a bit of a mixed success. I loved the original release on PC, but with twenty years between then and now, it feels as if this remastered version could have done more. Specifically, there’s no reason why it couldn’t have looked a little better (I tested it on the Switch) and the controls might have been made simpler, which I suppose may have included simplifying the gameplay somewhat. 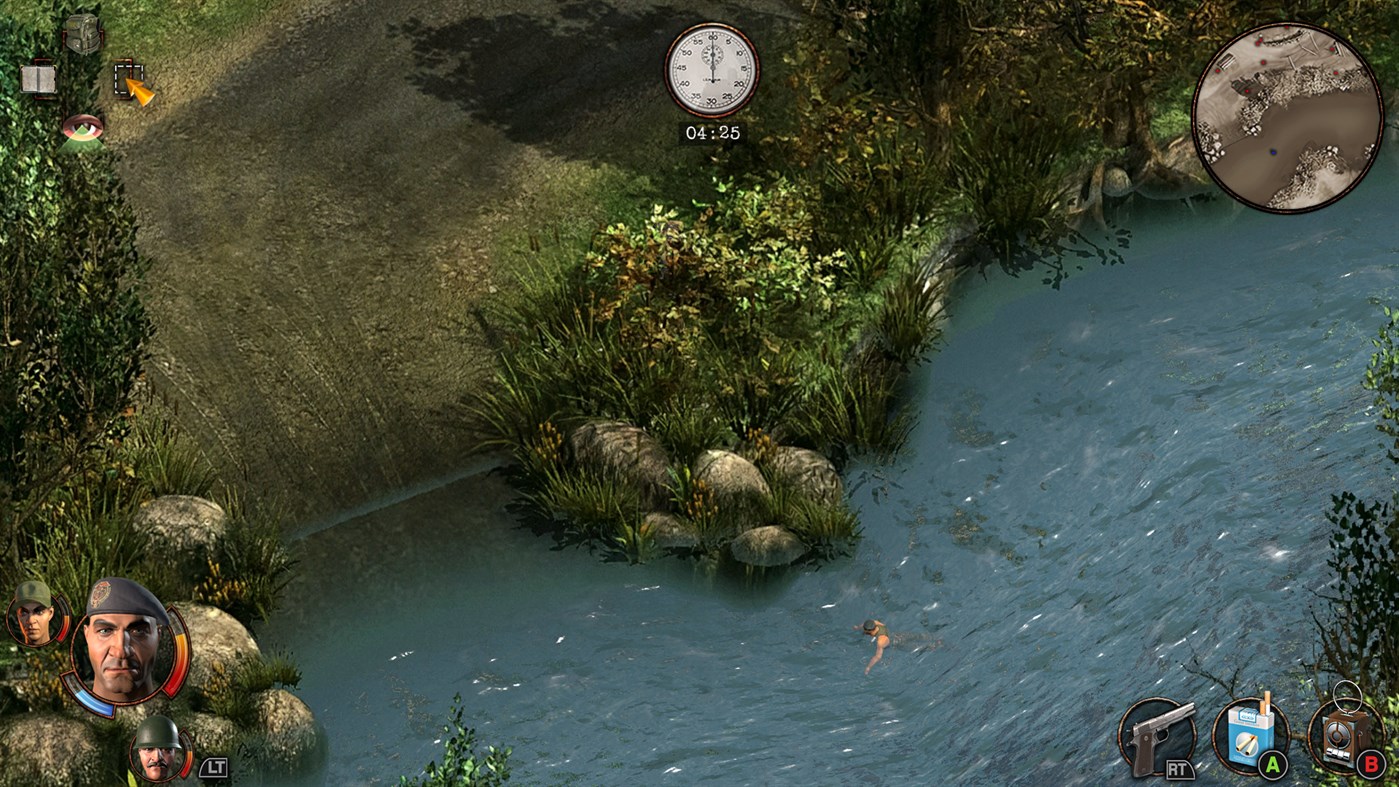 For fans of the original release or those looking for a tactical action game, I think there are better options out there today, naming Desperado’s 3 as perhaps the best this genre has to offer on consoles. Commandos 2 isn’t bad, but it has aged badly and the remaster doesn’t do quite enough to bring it up to speed, sadly. Still, for many, this might be the only, or easiest, way to experience an essential classic.

You can find Commandos 2 on Nintendo Switch, PS4, Xbox One and PC!