Cat Chaos and Canine Chaos does in fact, cause a lot of chaos!

Canine Chaos is a pretty simple, fun party game for ages eight and up, that can be played with almost any number of players beyond two. We played in a group of seven, which affects how many cards are in the middle of the table and in front of us. For our group, we each had three stacks of four cards in front of us, dealt out randomly. In the middle of the table, there were four face up cards. 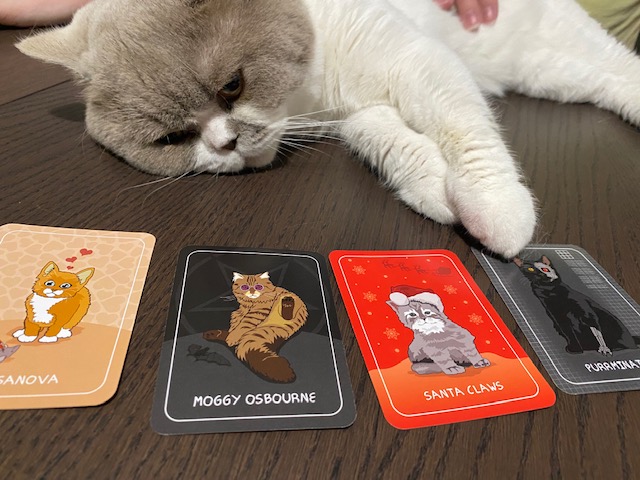 Your goal is to get all of one set of cards into your hands. In Canine Chaos, that’s a set of all of the same looking dogs. You can’t actually look at all of your stacks at once and if you have a card in one of your stacks that you need in another then you will have to use the middle deck to switch them out. And, they might be taken by someone else. 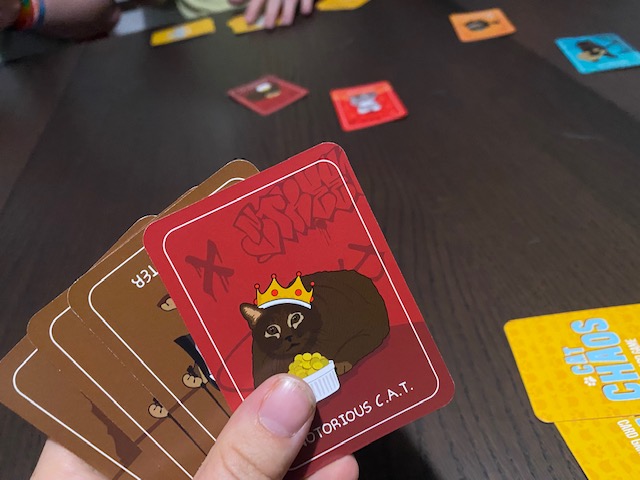 As this is a real time game, with everyone looking at and trying to use the middle to change out their cards, Canine Chaos is indeed high chaos. Quickly, everyone scans their cards, throwing them in the middle and grabbing up things they need, or sometimes things they don’t.  People are sighing as they can’t see the card they have or as the cards they need are taken. Our group started standing up around the table, getting fully immersed into the game.

Once you have completed a stack, you can flip them face over in the middle and say the character’s name. You’ll need to get all three of your stacks into complete sets to fully win the game, at that point you have to say something funny to let everybody know the game is over. 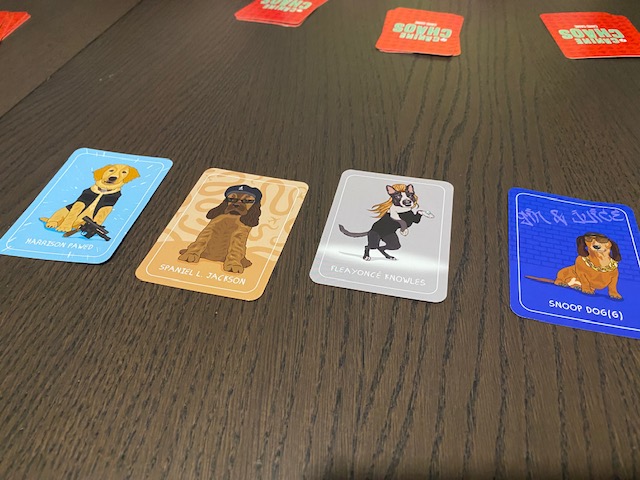 This is something that won’t take much time, making the game perfect as a pre-game or a bit of a mixer if you have a new group of people hanging out. It’s also a really easy game to pick up and understand, despite the chaos around actually playing it.

When it comes to the cards themselves, in both Cat Chaos and Canine Chaos, the cats and dogs are adorable, mimicking various famous people or cartoon characters but as animals. It’s so fun finding ones you know of, or familiar celebrities turned into animals, with a punny version of their name on the bottom of the card. All of these cards have different colored backgrounds as well, which make them easy to identify as the game scrambles forward. 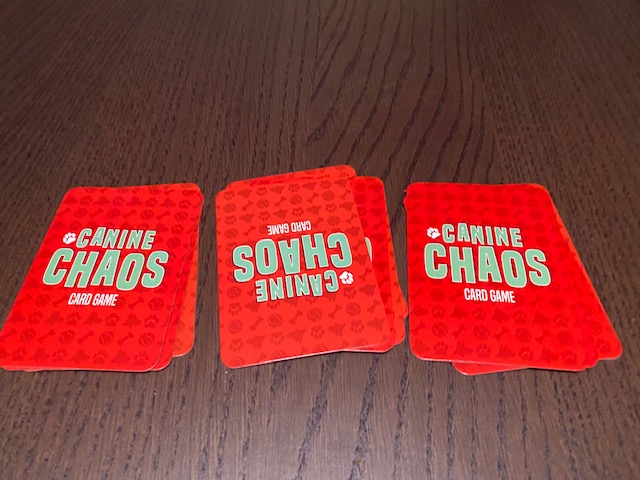 We ended up playing both Cat Chaos and Canine Chaos a few times each, because it is just so quick and fun to play! You can easily then shuffle the cards and start playing again.

You can find Cat Chaos and Canine Chaos on Amazon.