Castle Party is a great game for October or Halloween parties, as you are planning out an adorable, spooky bash for all of your monster friends! It’s made for two to four players and takes about half an hour to play, during which you plan and try to figure out the best way to score points through making the perfect party.

In the game, each player has a dry erase board in front of them which shows the party room. At the start it’s empty if you are playing the beginner board, while on the flipside there’s some tiles already filled in – for the more advanced mode. We played the beginners board while at Tabletop Gaming Live, getting a taste of the game. In addition to the board, each player is also given a marker and three cards from the monster’s deck. 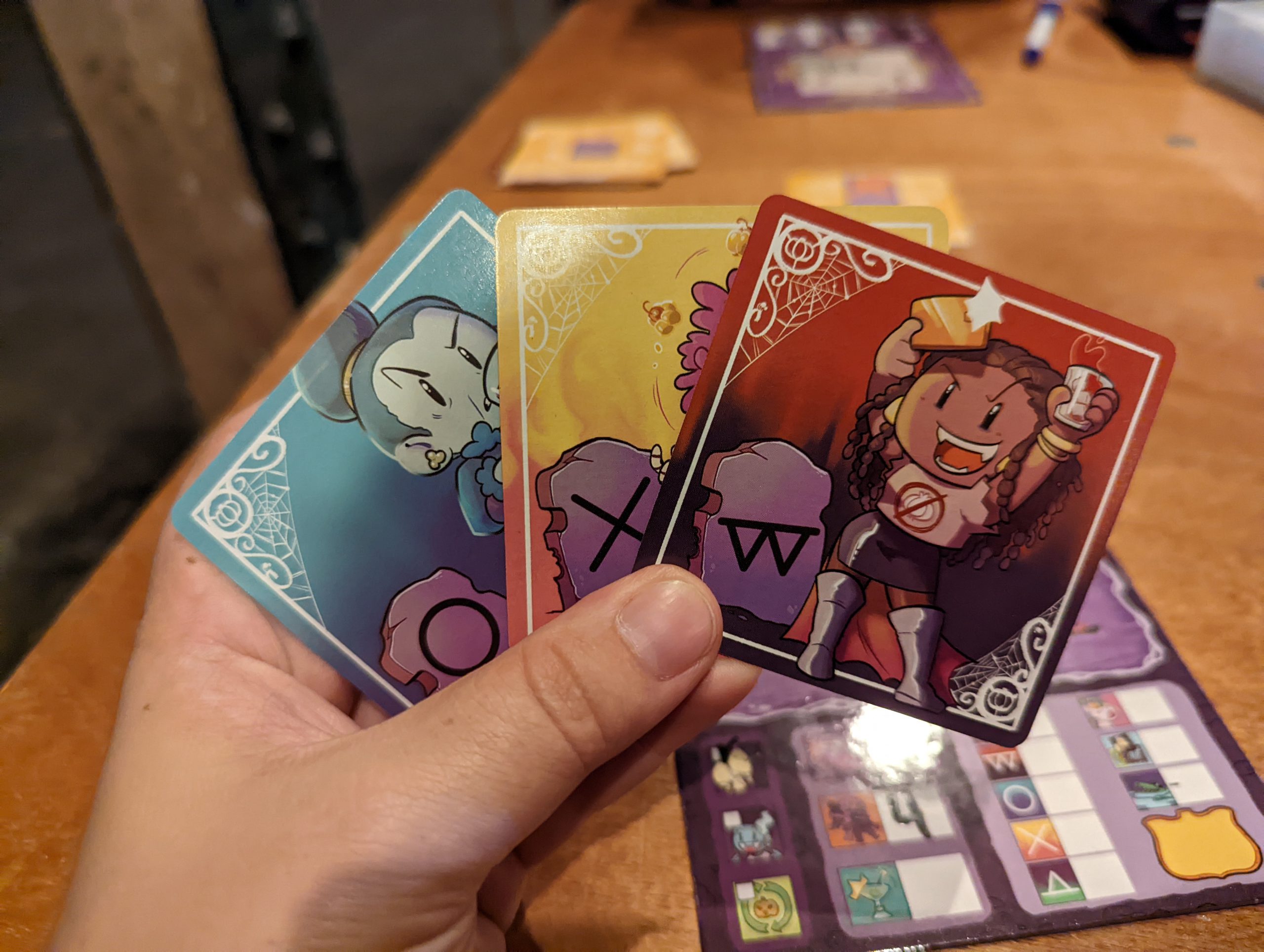 On their turn, they reveal a placement tile. Think of these like Tetris pieces, that you are going to need to fit into your room. If it is your turn, you can pick the orientation of the tile. Depending on where everyone else is sitting — they will have their orientation based on how they see it. This is a key part of the game, as someone to your left is playing with all the pieces turned one spot to the left, etc. Then, starting with the player whose turn it is, they will place down one of the monsters that will go in that shape, starting from the X. After each monster placement, they can draw another monster card to keep their hand at three cards. 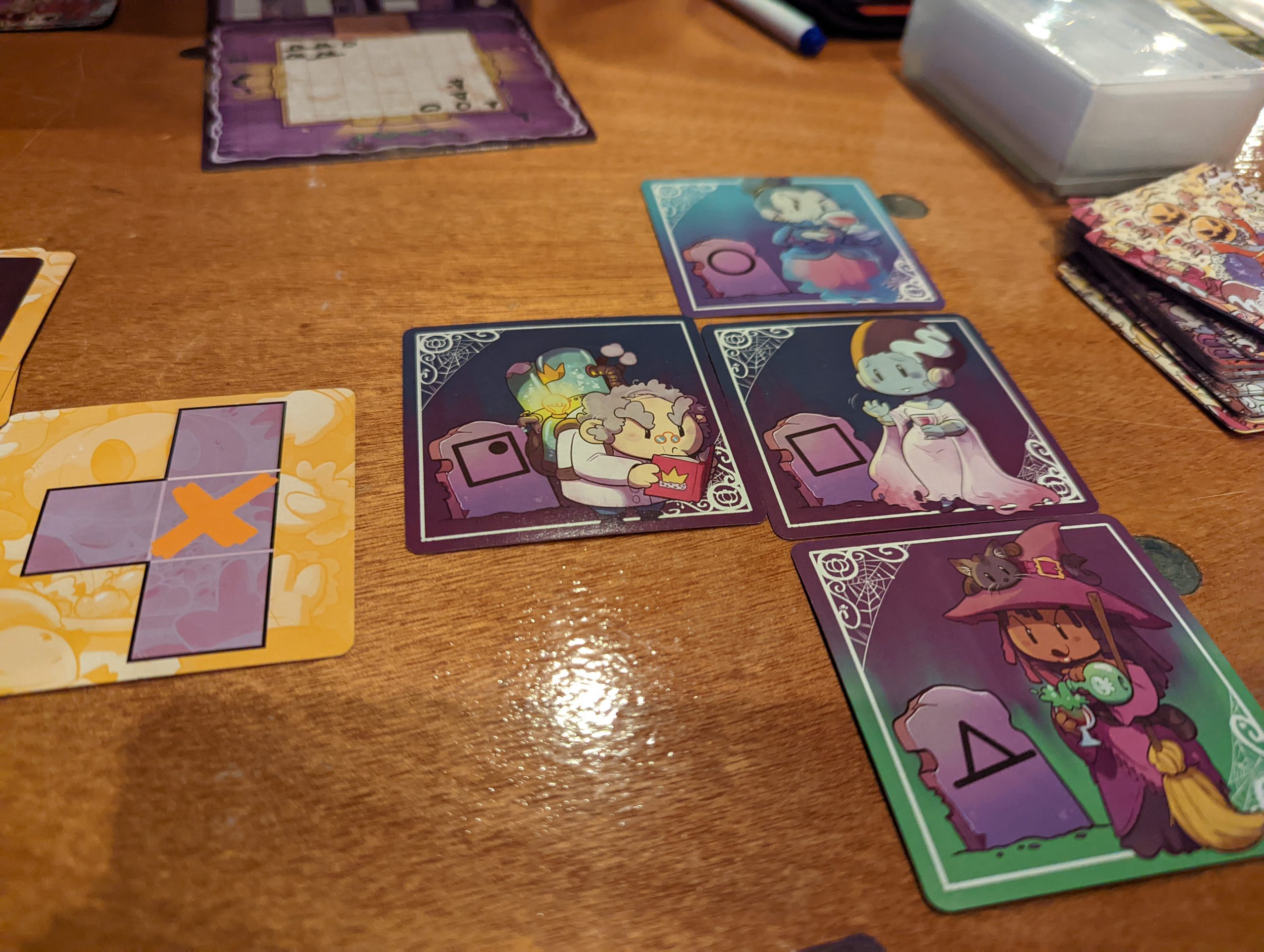 Everyone else will then continue to build the shape, having to place a monster next to the previous monster, until it is made. Monsters come in a few different forms in Castle Party, and each have their own symbol to them. These symbols need to be grouped with other monsters of the same symbol. If you place out a monster with a dot next to their shape, they are a popular (king/queen) monster, and can give you bonus points at the end of the game if they are in the biggest group.

Before you take your shape and draw it into your party room, there are a few optional, bonus actions that can be done. You can choose to move one of the cards, for everyone, into a new space, you can choose to change one of the monster’s shapes to a different one, just for you, or you can choose to rotate the shape for everyone. Each of these abilities only can be used once per player, and having them left over at the end can score you more points. Castle Party continues like this until a player draws a clock card instead of a shape card. 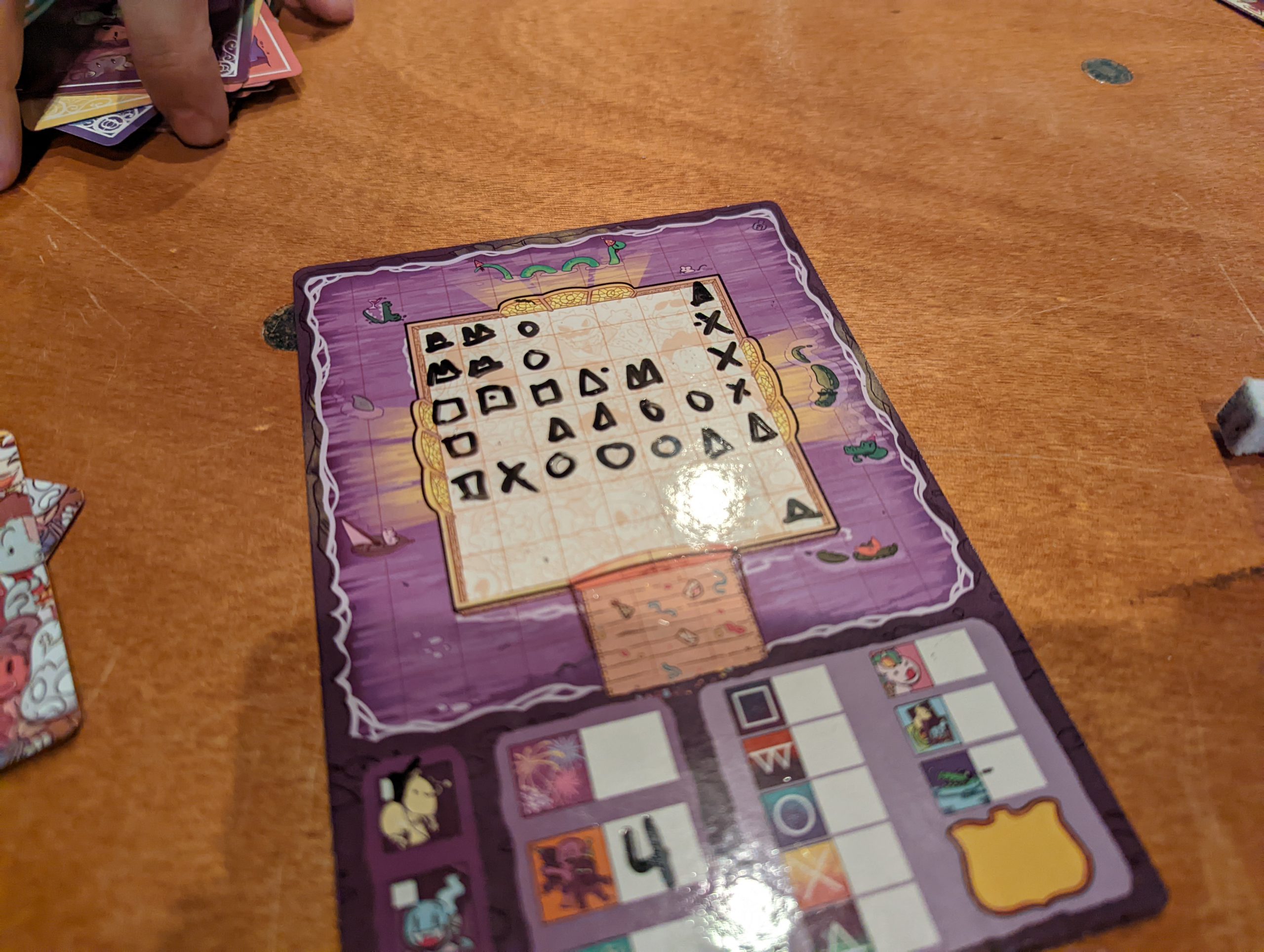 Each clock triggers an event, which scores points. You can pick what event you want to have on your party specifically. These events give points to each monster by a window, for example, or give you points right now for your longest line of monsters. They can only be used once each and by the end of the game, you have used them all to have a great party.

Also, at any point, if your shape doesn’t fit inside of the room, you can end up placing monsters on the bridge to your party or in the water. Anyone in the water will result in lost points at the end of the game. Once the third clock is drawn, the game comes to a close, and it’s all about adding up points. 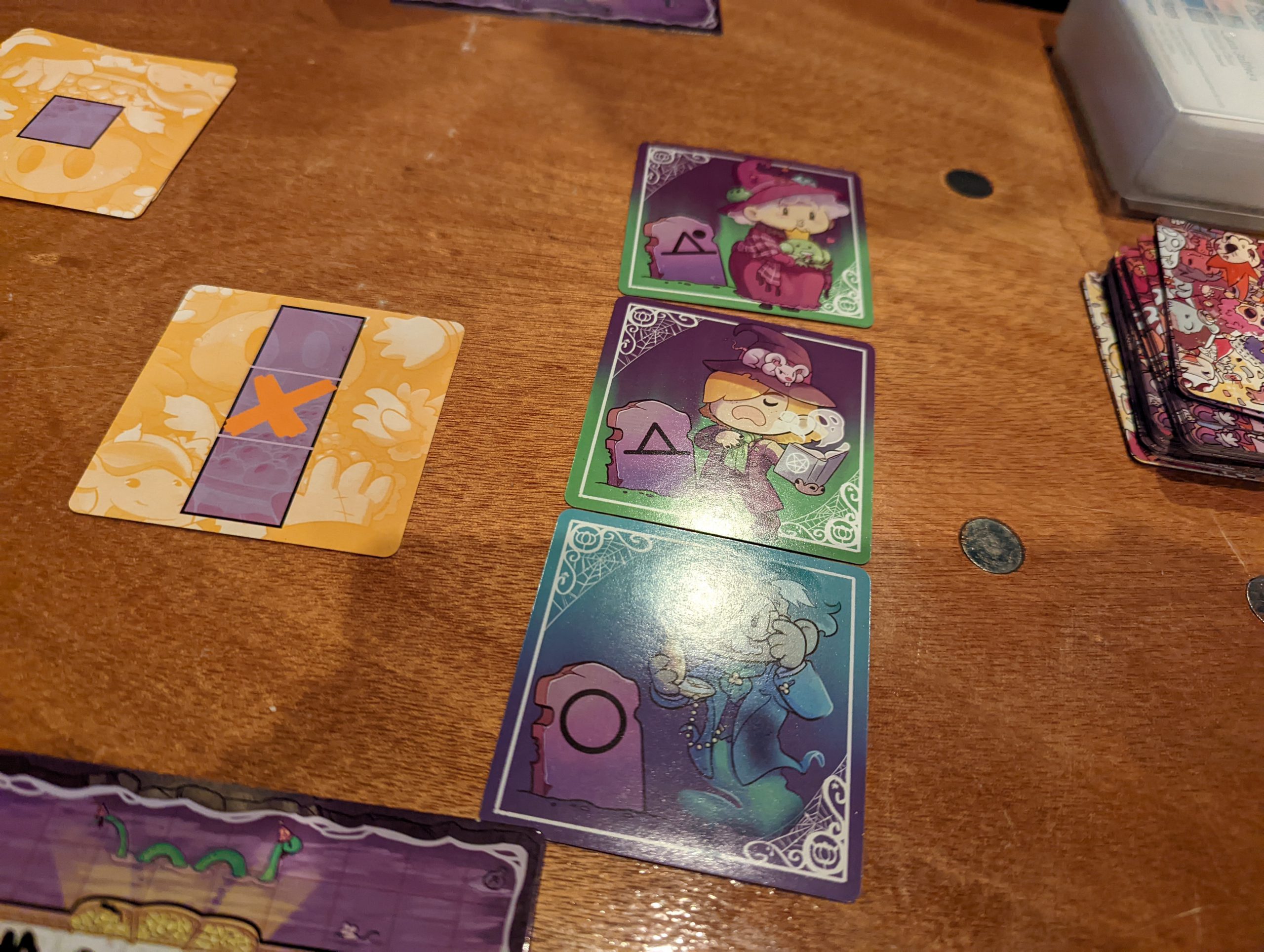 Castle Party does have a whole section on the board where you can add up points, which is really handy. You will receive points for the largest consecutive group of monsters, with bonuses for having a popular monster in your group, although you will lose points for having Unicorns on their own or monsters in the water. It’s an interesting game, especially when it comes to watching everyone pick where to place the shapes of monsters on their board!

You can purchase Castle Party on Amazon.