Settle in to your comfy chair, its time for Brewmaster

As an ex home-brewer myself, Brewmaster is a very interesting prospect. I might as well just come out and say it — slotting in somewhere between a walking/narrative simulator and at times an unintentional physics puzzle, Brewmaster pretty much perfectly nails the experience of brewing beer at home, albeit that the mess, stress and arguably a lot of the pleasure, is all virtual.

Make no mistake, Brewmaster is no casual undertaking. If you were hoping for something like a Root Beer Tapper where malt, hops and conditioning sugars are lobbed around liberally as some high-score ticker pops away, then you might as well scroll on straight away. Rather, Brewmaster sets us up as a budding home brewer in a very serious town, where seemingly making the next awesome beer is at the very heart of literally everything the people do. From drama clubs to board game cafes — everyone wants to celebrate with a brew, and you SERIOUSLY need to provide it for them. 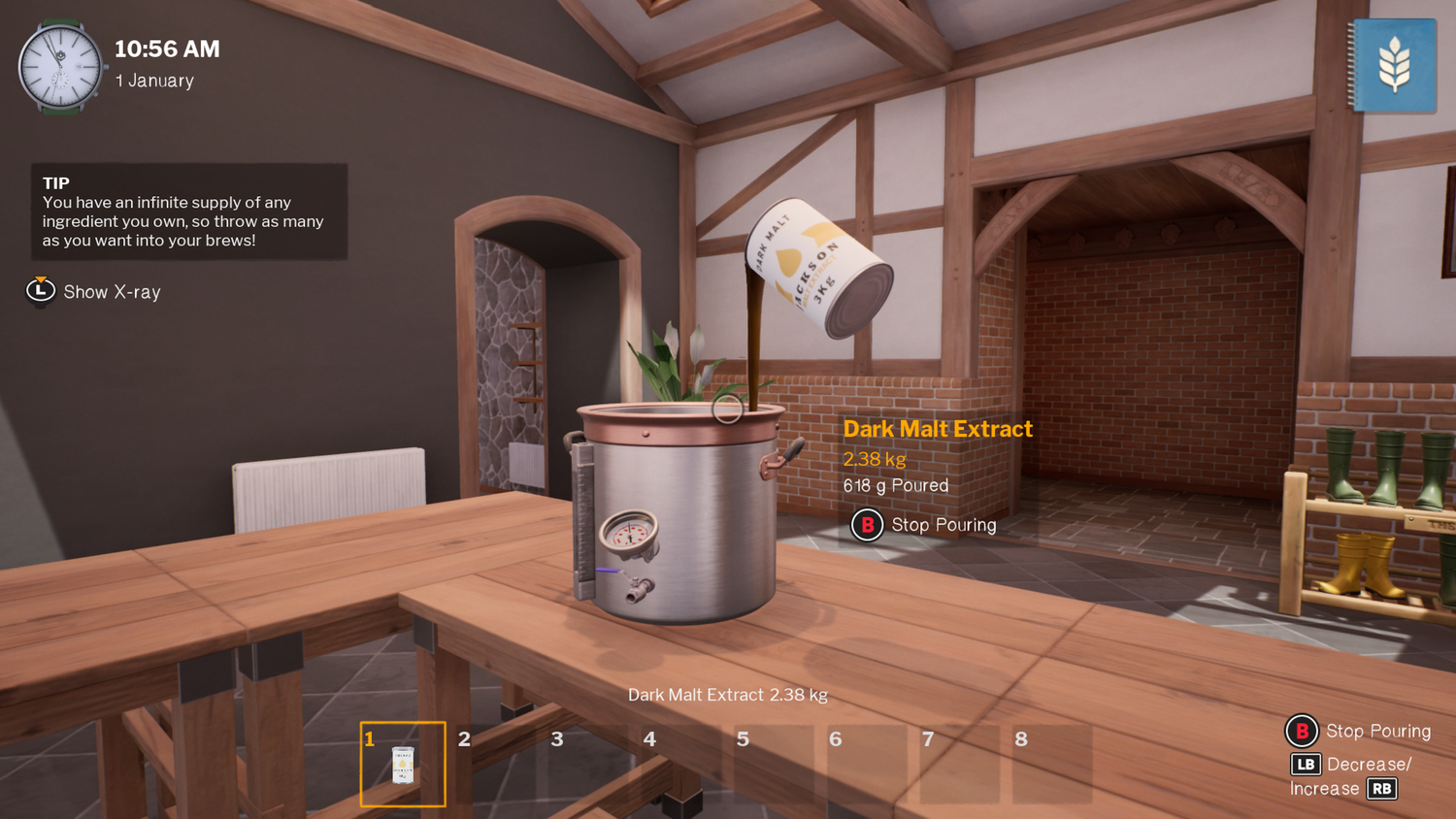 We begin with basic brews made using malt extract. That’s good, because much as it is in reality, using an extract to make a brew is much, much easier than it is to make one using an all grain method. A decent, methodical tutorial takes us through this process — grabbing your brew kettle, filling it with water, adding extract and hops and then boiling it before cooling, fermenting and conditioning — everything is covered. Thankfully the game does all of the clean up for you, which I can tell you was always the worst bit of a real-life brew day.

After a few brews made this way, Brewmaster lulls us into a false sense of security, before unleashing the full horror of all grain brewing on a budget on the unwitting player. I knew what was coming as soon as our friendly in-game guide handed over a used lunch cooler — complete with makeshift tap and copper filtration system in the bottom. Believe it or not, this is a contraption that I absolutely possess in real life — as will almost every home brewer ever to pick up the hobby. 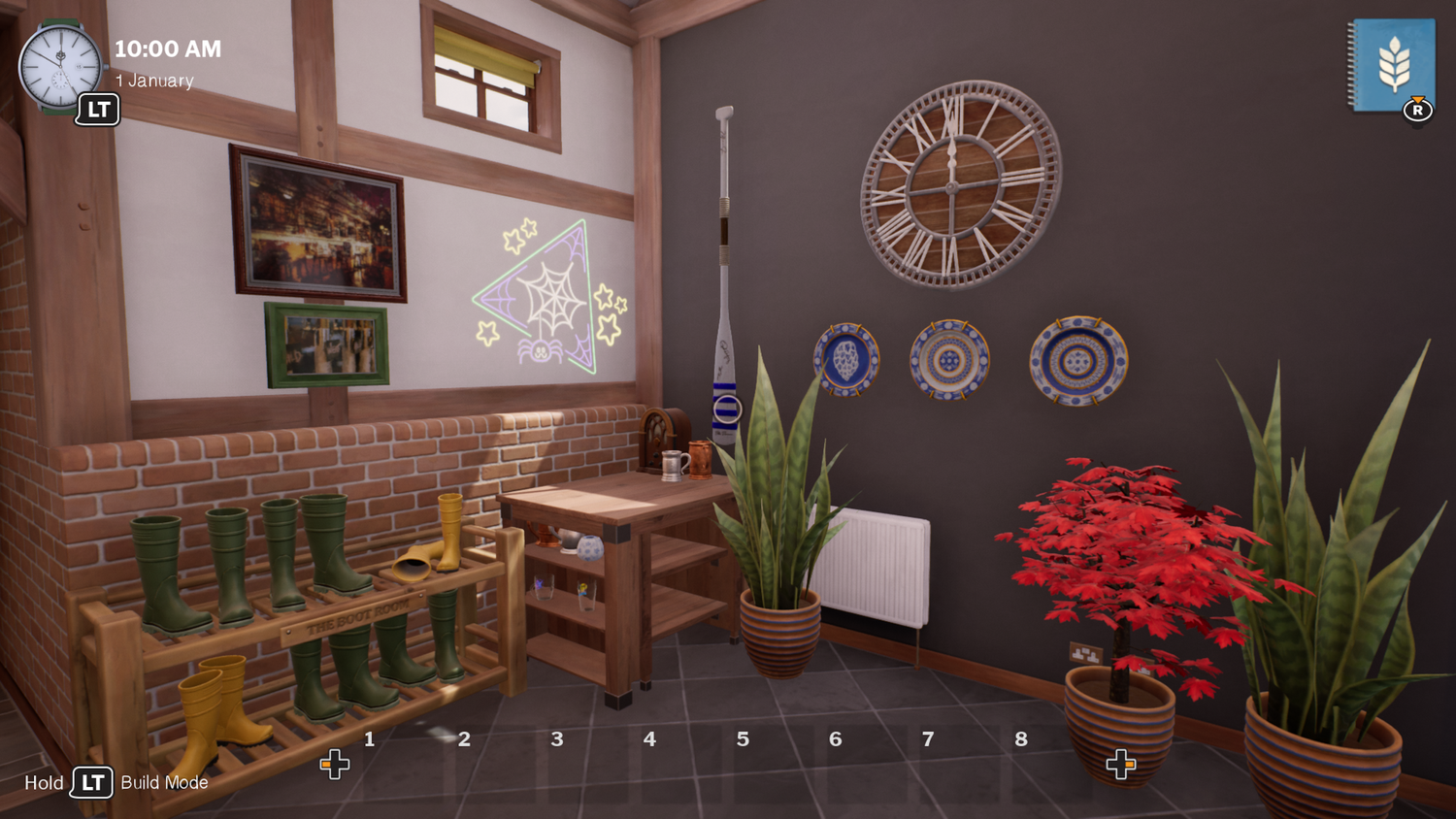 And this, for some, is where Brewmaster might just lose the plot and drive players away. There’s no tutorial provided for your first all grain brew, and without getting into all of the laborious detail, the recipes provided help you with the steps (really well actually) but not the context…. When you brew an all grain beer, you use warm (not hot) water to extra sugars from your grain — that creates the same sugary liquid as you get by mixing malt extract with water. The picnic cooler we are given is 25 litres, half of which will be taken up by grains — and the game then tells us to heat 42 litres of water — you can see where I am going, right?

Well, just to spell it out, I had to use my real-life homebrewing knowledge here, and in the game I basically ran a pipe from the cooler to a second brew kettle, and as I warmed up water on the stove and poured it into the makeshift mash tun, the water could flow out and into the second kettle — which I could then rewarm and run back through. There were several in game spillages and overflows — all of which I’ve experienced in real life. 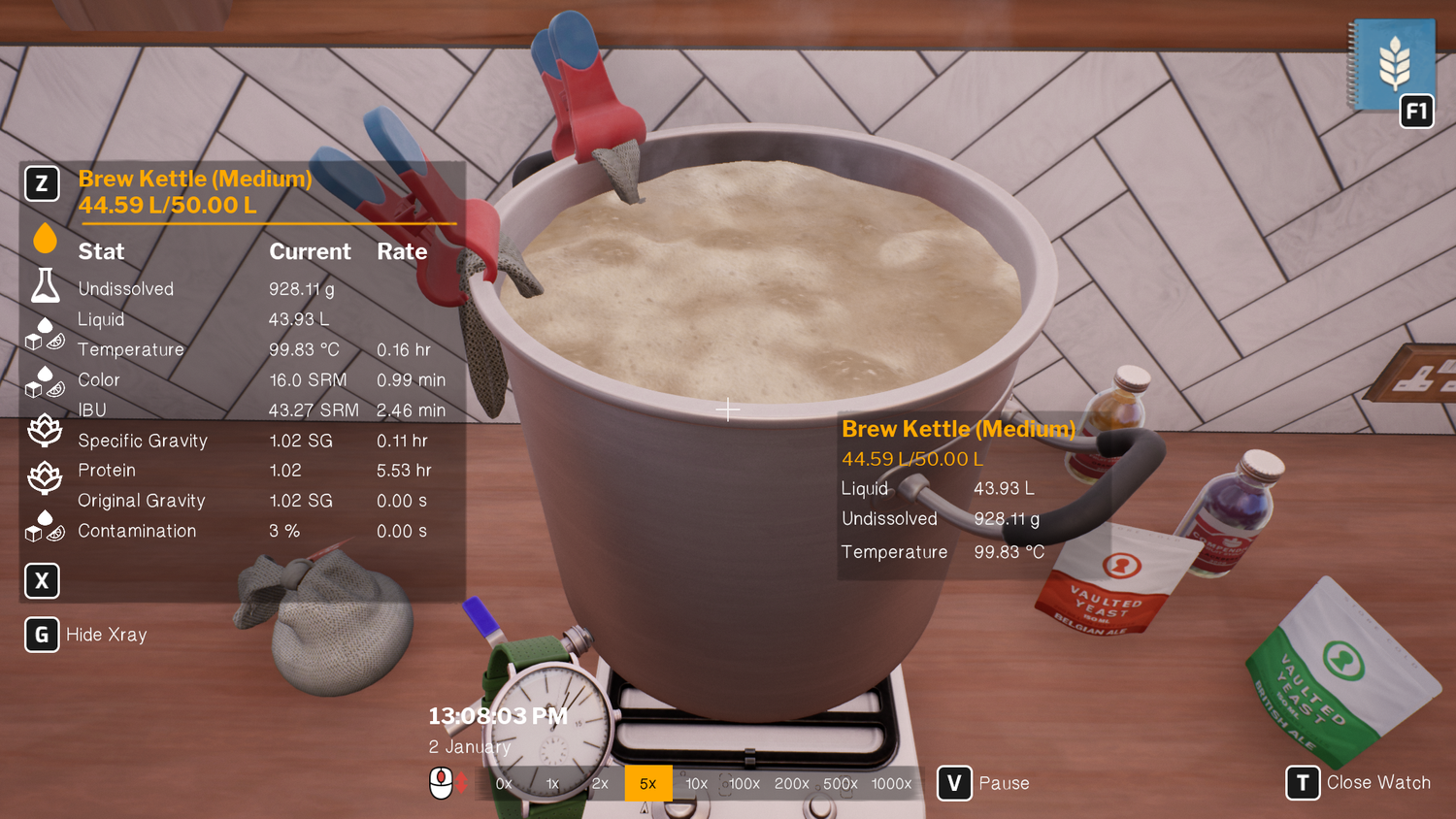 My point here is that Brewmaster is a real double-edged sword. The experience of early all grain brewing that it provides is pretty much precisely how it goes in real life, and while I have never ascended to great heights in my own brews, I can also say that the way things improve in Brewmaster as your equipment and experience grows is completely authentic. An inbuilt feature called “x-ray” allows you to see the statistics for any liquid in any container — explaining current sugar, unfermentable sugar, specific gravity, temperature, contamination and more. These are things you feel, know, smell and use tools for in real-life, but no stone is unturned and nothing is left to chance. In respect of simulating home brewing, Brewmaster is near perfect.

But that’s potentially the problem, because so much of home brewing is trial and error that I’m not sure how anyone without real life experience will get through that first all grain brew (or some of the more challenging brews that follow) because there’s no ingame explanation, and even if you make a beer, it will probably be awful because you’ll use too much or too little water, or contaminate the brew by leaving it open to the elements for too long. 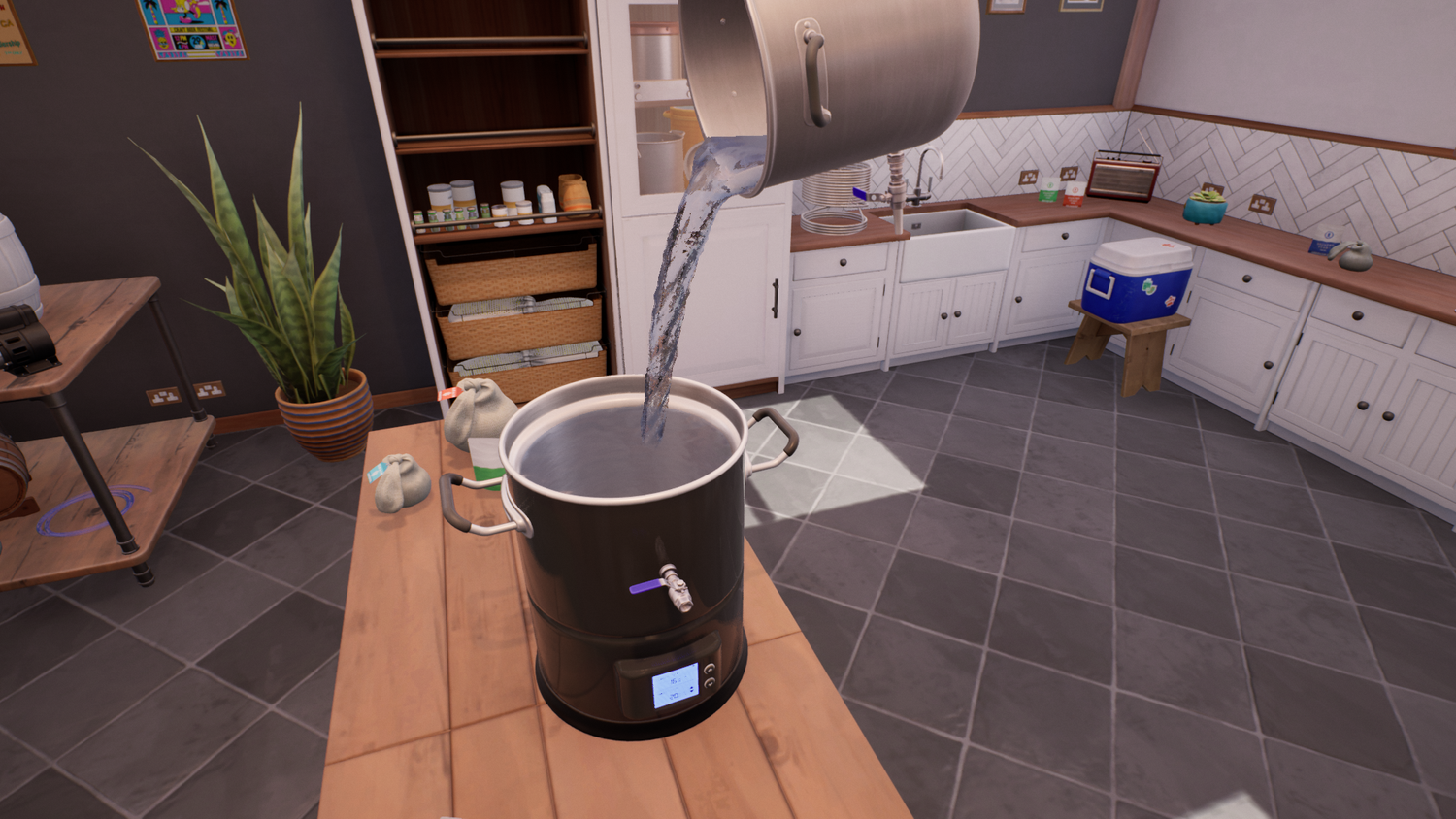 In short, Brewmaster is a very, very niche game, but I would say it’s welcoming and enjoyable niche once you get into it. I wish I could brew more — brew days take days, and they are hugely messy and quite dangerous with small kids running around, so I don’t do them. Does Brewmaster replace them? Well no, not really, but it has rekindled my interest, and some of the recipe ideas are very interesting and completely legitimate in terms of quantity.

Brewmaster is a true labour of love, and if you do have an interest (and an understanding) in home brewing, then it is definitely worth a few hours of your time. Don’t expect instant gratification, don’t come into it looking for high octane thrills, and you might just find something quite unique and interesting. For me, it might just be enough to get my old kit back out of the garage one last time.

Brewmaster is now out on PC, PlayStation, Xbox, and Nintendo Switch.

Mars Horizon — Command every beat of the race to Mars