The appeal of the battle royale genre is undeniable. Millions of players parachute from planes and flying buses every day, ready to ruthlessly slaughter the opposition and mercilessly search abandoned warehouses for a pair of jeans with a defence bonus. How does one prepare for this madness? With the help of Battle Royale Bootcamp, developed and published by Evan Murray.

The premise of Battle Royale Bootcamp is a simple one. Those who do not wish to dive into death matches against human opponents right away can practice their firearms skills against a horde of computer-controlled adversaries, try out various weapons and improve their aim. 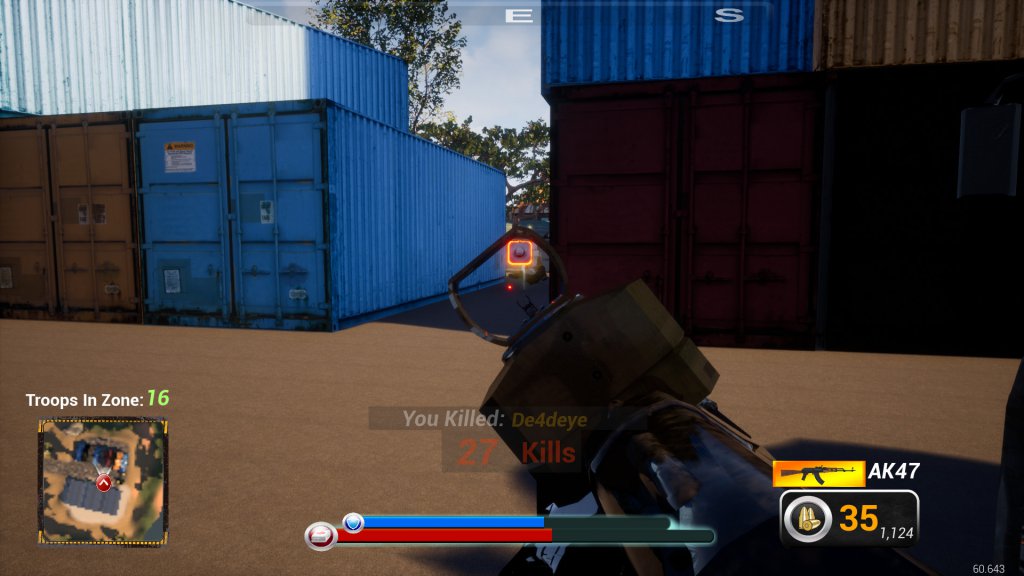 The selection of available weapons in Battle Royale Bootcamp is fairly mundane. Do not expect any surprises between machine guns and sniper rifles. This experience is not supposed to be fresh — it is supposed to ready you for Fortnite and PlayerUnknown’s Battlegrounds. Or any of the other battle royale games, in case you play any of those (and let’s be honest here: you don’t).

The core issue with Battle Royale Bootcamp is its nature as a commercial product with an upfront price. Fortnite, currently the market leader on the battle royale front, comes free of any charges in its basic form and delivers what this game by design cannot offer. 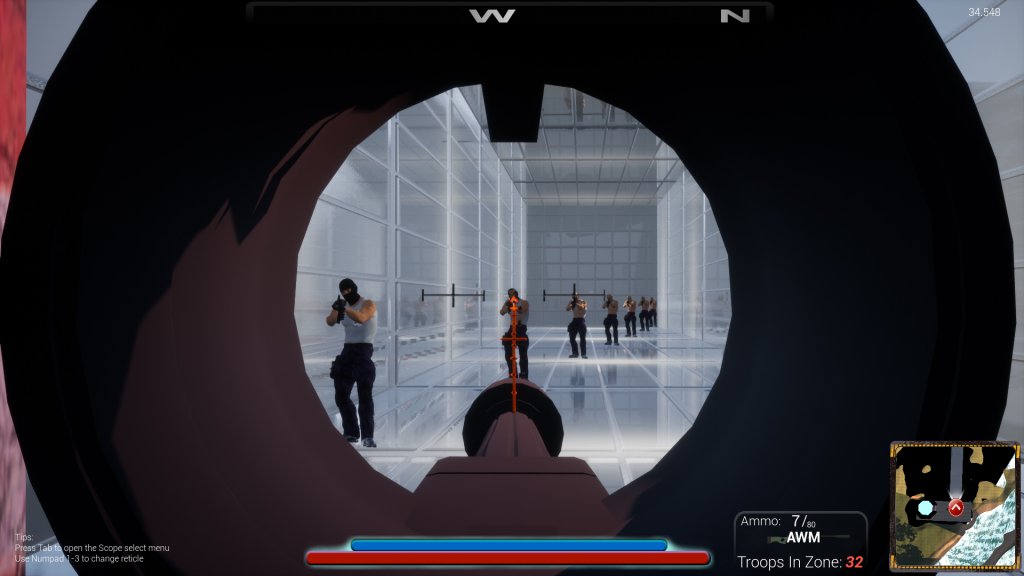 Battle Royale Bootcamp is just a first-person shooter whose only mode is a death match against bots. This highlights how far away and yet so close battle royale games are from what has been a basic mode in shooters for the last two decades. Battle royale is just a free-for-all with a lot of participants and stuff to find.

However, those two elements are crucial. Take them away and your game quickly drops below the level of the first multiplayer shooters from the early-to-mid-90s. The aspect of weapons training remains, but the gunplay in Battle Royale Bootcamp is basic and does not appear to emulate any specific, popular battle royale game. 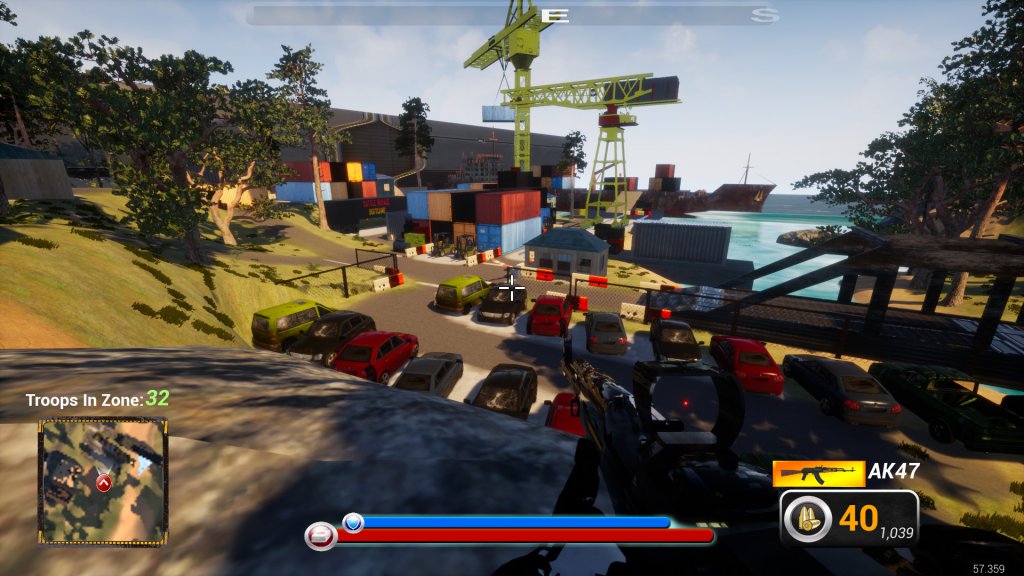 This hollow experience put aside for a moment, Battle Royale Bootcamp also suffers from a number of technical issues. The frame rate is not as stable as it should be. The bots are not particularly smart, but compensate for that by shooting you through walls and other supposedly solid objects. There is no difficulty selection. Games cannot be customised. The mouse wheel is not supported. Crashes happen occasionally.

The developer himself admits right there on the Steam store page that Battle Royale Bootcamp lacks polish, which is something of a good sign. However, it does not change that this is not a particularly good game. Battle Royale Bootcamp is supposed to prepare you for popular and exciting battle royale games, but all it does is remind you that you could actually play these popular and exciting battle royale games right now.

Battle Royale Bootcamp is available now on PC via Steam.