Ultimately, everything which is created must be destroyed, but the stories of each cycle can only persist if you can lead successive generations of Pupils As Far As The Eye in this clever strategy game.

I was first drawn to As Far As The Eye by its absolutely stunning artwork, even before I actually knew what the game was about I was interested in giving it a go. While it was definitely a world away from the little stories and guesses that I’d pieced together in my mind, it was an absolutely delight to play and really captured the urgency that other strategy games sometimes lack.

In most strategy games there is often at least one finite resource, and sometimes there are more when you take timers and countdowns into consideration. However, while I certainly have strong memories surrounding mining all the ore in C&C skirmish matches, or over gathering berries in Age of Empires, neither of those memories were in view of a greater ecological situation. As Far As The Eye builds on the panic of using up more than your fill through the serial nature of its tribes, but also urges you to keep pushing forward as best as you can.

In each iteration of the world, you control a tribe of devotees to The Eye. As the tides consume all land and life you must travel, as a caravan, toward The Eye, stopping off on the way to stock up on food and resources as you go. It’s not just about survival though, there’s a celebration once they’ve survived, and you have to prepare for that too. 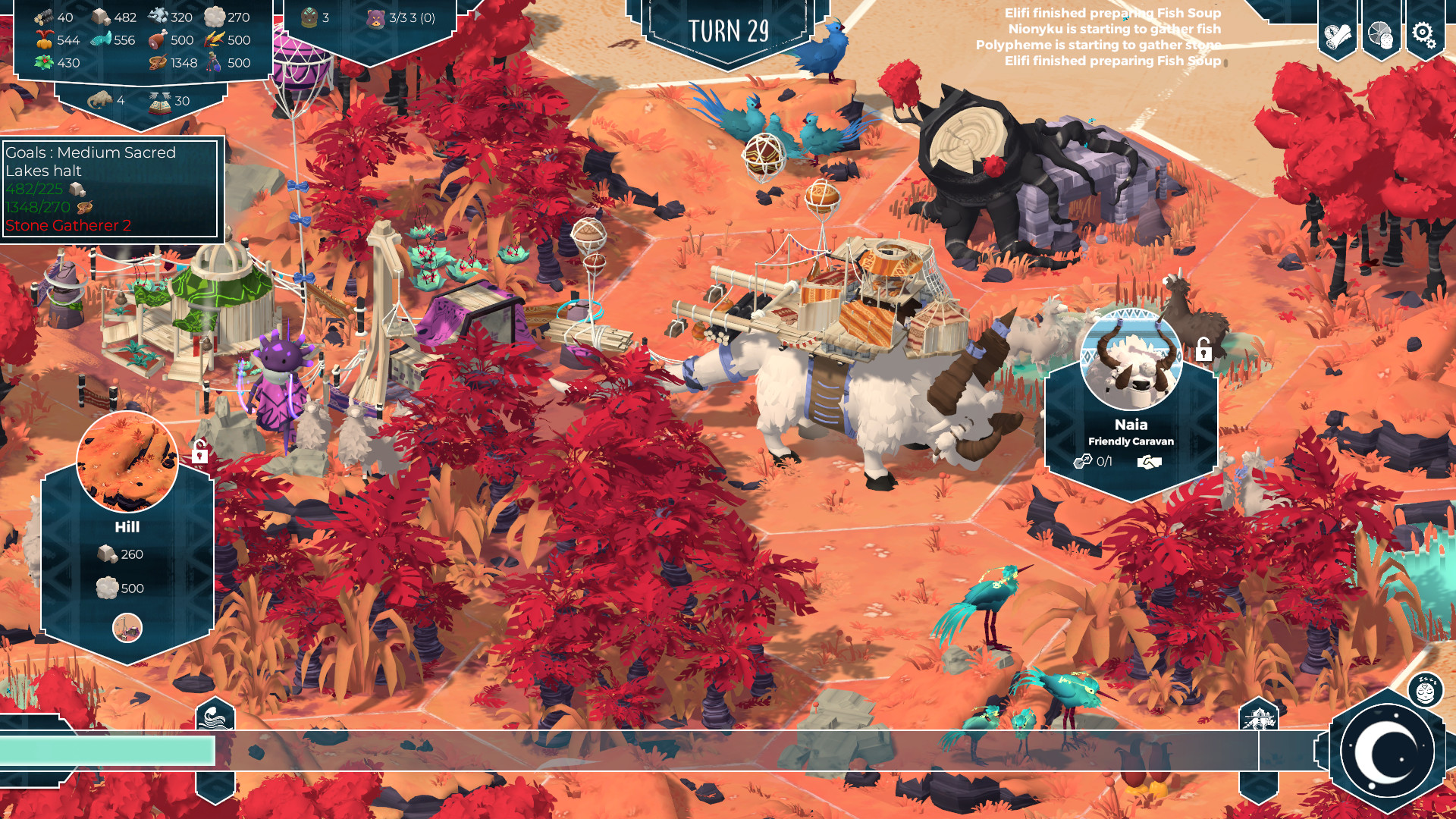 Each of these devotees, known as Pupils, serve as your units at each of your stops along the way. You’ll gather resources while the world collapses around you, juggling feeding your units with the risk-reward of crafting buildings in order to strengthen the effectiveness of the pupils. And, not only is that important, but it’s also a tough choice because if you use up too many resources then you’re possibly making it harder the next time you do travel through that area in future runs.

The world, in some ways, survives the waves. It is like the wave is simply trying to wash the pupils from the land, although you might even find those who you left behind when you’re on future journies. It doesn’t all make complete sense, but the lesson is that, while you’re always focused on travelling forward, when the day is done you’re only what you leave behind.

As Far As The Eye is available now for PC